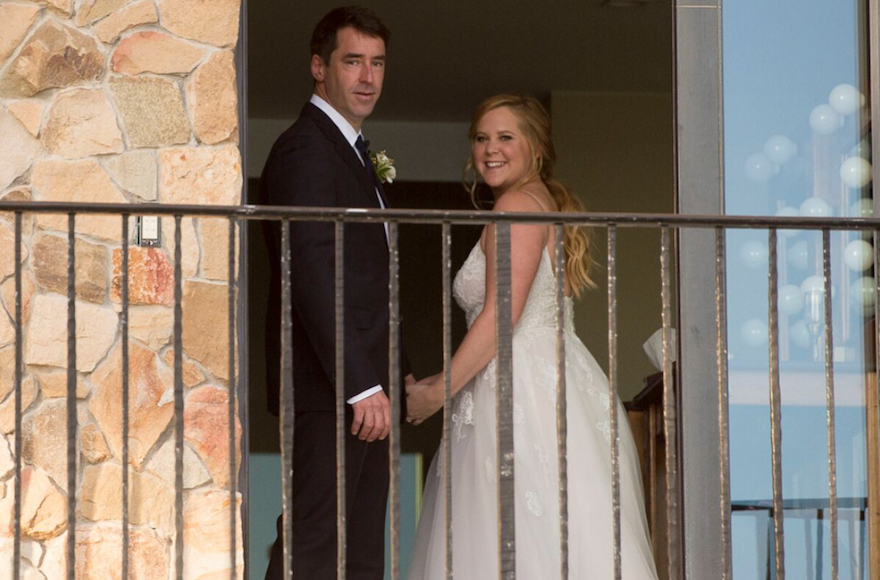 The comedian then urged people in a post on Instagram to donate to Michael Bloomberg's gun control nonprofit.

Breaking news: Bar Rafaeli to star in a long-awaited sequel of “A Stranger Among Us.” Okay, that’s a total lie, but a photo of the Israeli model that’s gone viral in Israel might make you believe otherwise. The image, which shows Leonardo DiCaprio’s ex decked out in super modest clothing (sheitel included), is just one […]

Jake Gyllenhaal, everyone’s favorite Jewish pretty-boy, has released an audiobook of him reciting “The Great Gatsby.” I can’t think of anything more delightful than listening to Gyllenhaal’s mellifluous voice reading the hallowed words of Fitzgerald, and he kills it. The release comes out in honor of the upcoming new and modernized rendition of “The Great […]

Who are the Jewish celebrities voting for?

Taylor Swift sings away her sorrows

Introducing the Monday Morning After: All the Jewish celebrity news you missed when you were out partying over the weekend