With Biden opting out, partisan row over Netanyahu speech intensifies 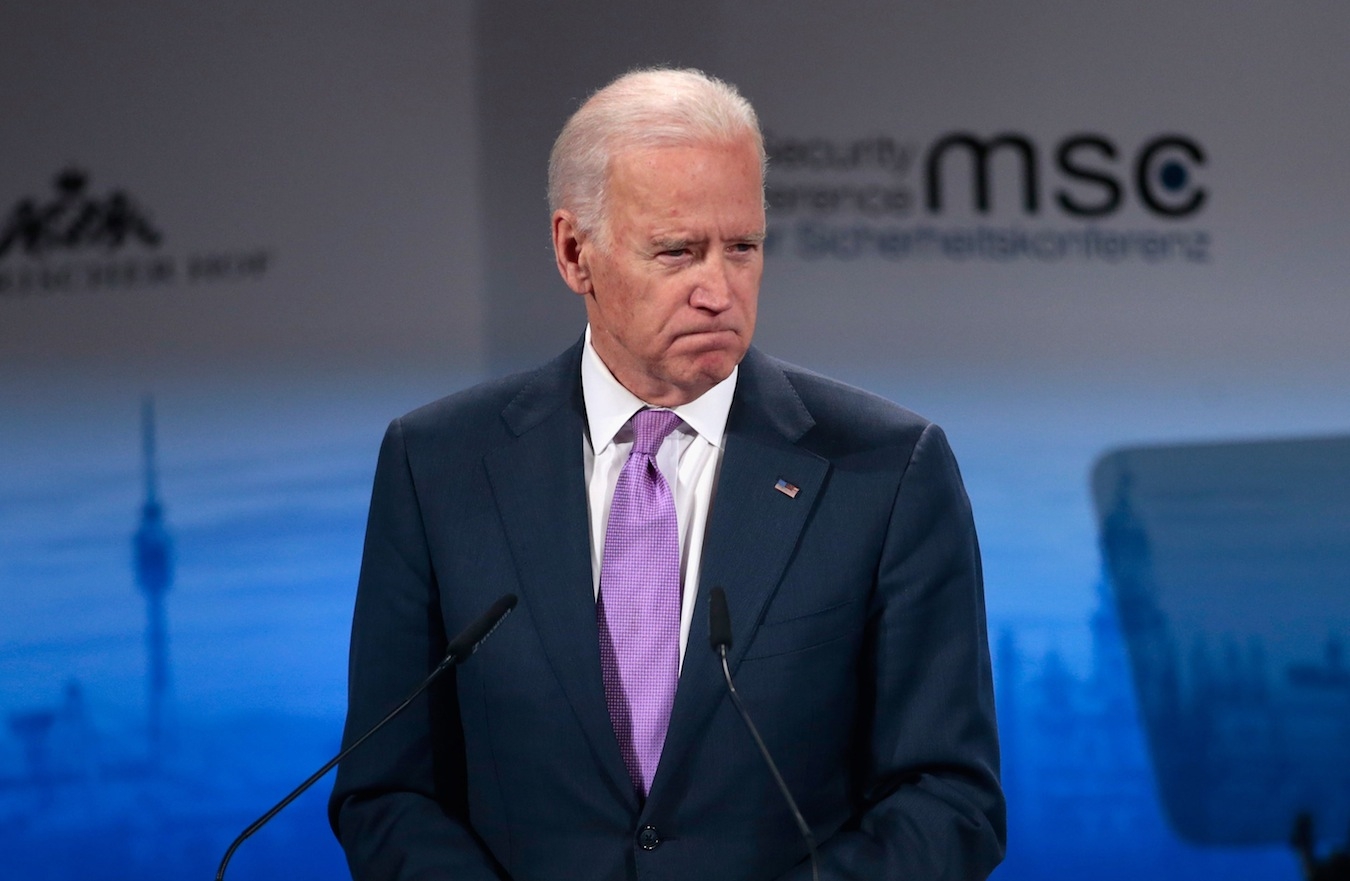 WASHINGTON (JTA) — In a blow to Israel’s efforts to contain the controversy over Prime Minister Benjamin Netanyahu’s upcoming speech to Congress, Vice President Joe Biden announced that he would not attend the address.

Biden’s office informed the media on Friday that the vice president would be out of the country and would not fill his role as the president of the Senate during the joint meeting of Congress on March 3.

The announcement came as leading black and Hispanic Democrats indicated that they also would not attend. A Jewish lawmaker, Rep. Steve Cohen (D-Tenn.), told JTA that blacks in his district were asking him not to attend because they saw the speech as disrespecting President Barack Obama.

Meanwhile, Abraham Foxman, the national director of the Anti-Defamation League, in an interview with the Forward on Friday urged Netanyahu not to follow through with his plans to address Congress, saying the fracas had devolved into a “circus.” Rabbi Rick Jacobs, the president of the Union for Reform Judaism, made the same call in an interview with the paper.

Administration officials had already said that the president and other senior officials would not meet with Netanyahu, ostensibly because the March 3 speech is just two weeks before the Israeli election. But until Friday it was not clear whether Biden would abjure his role of presiding over the Senate during the session.

Congressional Democrats say the speech is unacceptable because Rep. John Boehner (R-Ohio), the House of Representatives speaker, invited Netanyahu to rebut Obama’s continued backing of nuclear talks between the major powers and Iran. Netanyahu, like most Republicans, believes the talks are headed for a bad deal that will leave Iran on the threshold of a nuclear weapon.

Netanyahu has phoned senior Democrats and Ambassador Ron Dermer has met with many of the rank-and-file in an effort to smooth over their differences. Netanyahu and Dermer have said the speech will emphasize bipartisan support for Israel and praise Obama for his backing of the country at critical times. They also said that Netanyahu is determined to keep the date because he believes he must urgently convey his warning about a nuclear Iran ahead of a March 24 deadline on achieving the outline of a deal.

Democrats, however, have grown more adamant in opposing the speech, with a growing number of prominent minority Democrats saying they will stay away. Party leaders in both chambers say they will attend but are warning that the speech might backfire.

Among the black lawmakers, Rep. James Clyburn of South Carolina, the third-ranked House Democrat, joined Rep. John Lewis (D-Ga.), a civil rights hero, and Rep. G.K. Butterfield (D-N.C.), the chairman of the Congressional Black Caucus, in saying he will not attend. The Hill newspaper has also reported that Raul Grijalva (D-Ariz.), a prominent Hispanic lawmaker and the chairman of the Congressional Progressive Caucus, will not attend.

Jewish lawmakers have met with Dermer and expressed their displeasure with the timing of the speech. Cohen, who is circulating a letter among colleagues urging Boehner to postpone the speech until after Israeli elections and congressional votes on an Iran sanctions bill, told Dermer on Thursday that African-American leaders in his Memphis district were asking him not to attend.

“It’s become less and less attractive” to attend, Cohen told JTA after the meeting. “My district is majority African-American and a lot of people see this as dismissive of the first African-American president.”

Cohen said Dermer told him that Netanyahu is determined to go ahead with the speech.

Israel’s deputy foreign minister, Tzachi Hanegbi, suggested that Boehner misled the Israelis about the invitation, which Boehner said was made in the name of both parties. Within hours of Boehner announcing the invitation on Jan. 21, Rep. Nancy Pelosi (D-Calif.), the House minority leader, and the White House said they had been kept out of the loop.

“It appears that the speaker of Congress made a move in which we trusted, but which it ultimately became clear was a one-sided move and not a move by both sides,” Reuters quoted Hanegbi as saying Friday on an Israeli radio station.

A slate of 48 GOP House members signed on to a letter countering the one circulated by Cohen asking for a speech delay. The GOP letter, initiated by Reps. Trent Franks (R-Ariz.), Lee Zeldin (R-N.Y.) and Leonard Lance (R-N.J.), thanked Boehner for organizing the speech, saying “it is necessary now for Congress to hear from Prime Minister Netanyahu, and welcome his expertise on Iran’s regional designs.”

Matt Brooks, the director of the Republican Jewish Coalition, suggested on Twitter that his party would use the issue against Democrats in elections.

“Dems have a choice — stand w/PM Netanyahu and the Jewish com against Iran or w/Pres Obama,” he said. The RJC “will make sure people know what they choose.”