WASHINGTON (JTA) — This month, there is one question concerning the future safety and security of the United States and Israel: the Joint Comprehensive Plan of Action agreed upon between the six world powers and Iran. We must decide what costs and risks are acceptable in order to avert the threat of an Iranian nuclear bomb. This is a decision that weighs heavily on all members of Congress — particularly on Jewish members. To make this decision properly requires consideration of what has led us to this point, a sober understanding of the reality we face and a determination to find the most responsible course of action given the options available.

In 2002, Congress was faced with such a decision when we voted on the use of military force against Iraq. At the time, following the 9/11 attacks on the World Trade Center in my district, there was tremendous pressure to support the Bush administration’s crusade against Saddam Hussein. Never mind that some of us pointed to the Iranian regime as the bigger threat. When I voted against the resolution, I was the only Jewish member in the New York delegation to go against the president. And I took a lot of criticism as a result. But I made the decision based on careful thought and analysis, putting my emotions and politics to the side. I am proud of my vote, not only because history has shown that I was right, but because I was able to live up to my responsibilities in representing my country, my constituents and myself.

Congress now faces a decision with equally large consequences and even greater political pressures. The JCPOA agreement is meant to address the central concern of Iran’s pursuit of a nuclear weapon. A nuclear-armed Iran is unacceptable, not only because of the threat it would pose to the United States and our allies in the region, but also because, in the words of Israeli Prime Minister Benjamin Netanyahu, an Iranian nuclear weapon would represent “an existential threat to the State of Israel.”

This is my mindset as I continue to examine the agreement and listen to arguments from all sides. As I said when the deal was first presented to Congress: It is crucial to understand its full ramifications, looking at the immediate and long-term security of the United States, of Israel and of our other allies, and the likely effectiveness and enforceability of the agreement in preventing Iran from becoming a nuclear weapon state.

I do not yet know how I will vote. What I do know is that no member of Congress should take this decision lightly. We must do what we believe is best for the interests and security of the United States and Israel, which has been our strongest ally and closest friend.

Over the past few weeks, I have been careful to take the time to study and understand the details, terms and probable consequences of the deal — making sure that we are asking questions rather than accepting assumptions — reserving final judgment until there has been full diligence in applying a critical eye and a clear head. In the end, my evaluation cannot be based on the ideal. I must determine whether the agreement accomplishes the primary goal of preventing an Iranian nuclear bomb, and then look at it in comparison with the other available alternatives.

If an alternative puts us in a weaker and less secure position, is that alternative still preferable to a deal with serious and troubling flaws that undermine its ability to stop Iran from obtaining a nuclear weapon? 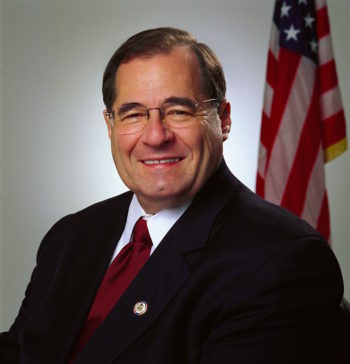 I have deep reservations and concerns about some of the wider ramifications of this deal, and I continue to ask myself if the agreement can accomplish what we hope. After consulting with experts from all sides and speaking with officials at the highest levels, I believe there are four main problems that stand in the way of answering that question and, therefore, make this decision so difficult.

First, the agreement provides a 15-year time frame, during which we can expect that Iran will not be able to become a nuclear-weapon state without the United States and our partners knowing about it first, and having enough time to respond appropriately. After those 15 years, there are few limits on Iran’s ability to produce highly enriched uranium, or to build out its nuclear infrastructure so long as it is stated to be for peaceful purposes. How will Iran be prevented from using that ability, and that enriched uranium, to “break out” to a nuclear bomb in a time frame too short for us to react effectively? What clear penalties will be in place to deter such a break out?

Second, as a result of the agreement, Iran’s position as a supporter of terrorism and a destabilizing force in the region may well be enhanced. What can we do to stop Iran from being legitimized as an international actor guilty of such illicit conduct? How will the world confront Iran’s bad behavior in Syria, Lebanon, Yemen, Israel or anywhere else after the agreement is implemented?

Third, it seems that there are limited options for dealing with Iranian violations, particularly minor or mid-level offenses.  We lack a clearly agreed-upon commitment of what will and will not be tolerated, and the actions that will be taken as a result. Can we establish definitively that Iran’s violations, big or small, will be unanimously condemned and swiftly punished, even if it puts the deal at risk? What is to be considered a major violation sufficient to bring about punitive action, and what violations will be considered too small to warrant a penalty?

Finally, whichever decision Congress makes, Israel’s security will be at risk. Approving the agreement may place Iran in a better position to support Hezbollah and Hamas in their terrorist campaigns, while disapproving the deal could swiftly put Iran back on course for a nuclear break out timeline even shorter than the current two to three months.

Parts of this agreement are good and parts are bad; that is the reality of the decision we face. Congress must weigh all the alternative scenarios to determine what is achievable, what is preferable and what action most likely will lead to the outcome we all want. My colleagues and I must ask the right questions, without any certainty that there are indisputable or unanimously agreed-upon right answers. We must put aside the demagoguery and political pressures to make a decision based on a clear and careful analysis.

The only certainty I have is that my decision will be influenced by the facts, by my elected duty and by my principles. It is my hope that this will be enough to guide me in making the right decision. The stakes are too high to do otherwise.