Op-Ed: Israel-China romance is based on ancient values 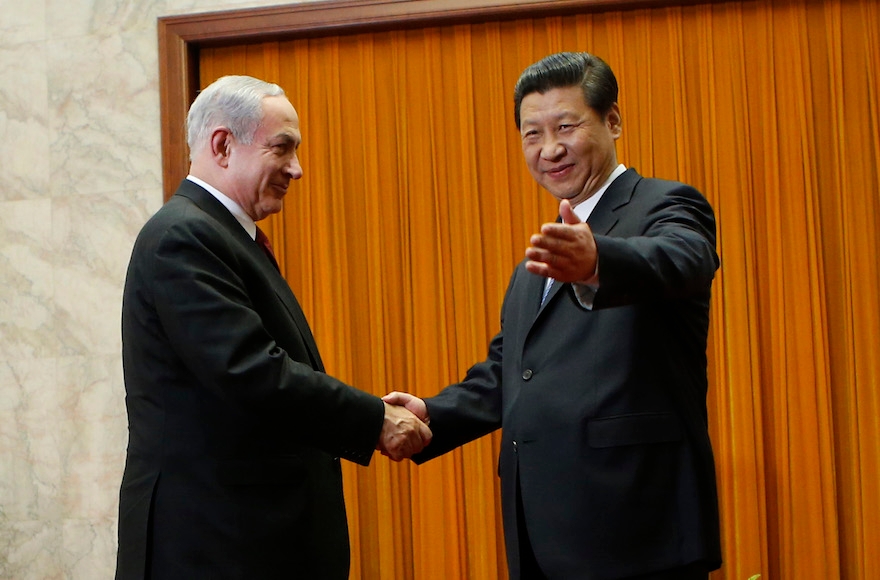 (JTA) — The rise of a new global power usually creates tensions with the incumbent superpower, and the United States-China duo is no exception.

At their summit last week in Washington, D.C., Presidents Barack Obama and Xi Jinping spoke of progress in some areas, such as cyber espionage and climate change, but skirted more contentious issues, such as China’s reclamation of contested islands in the South China Sea and human rights.

While the U.S. and China are managing an uneasy relationship, Israel and China are in the midst of a romance. With fewer potentially clashing interests, both countries are invested in boosting the bilateral relationship – and historical and cultural affinities are greasing the diplomatic wheels.

On the face of it, Israel and China could not be more different. There is the geographic distance, the huge disparity in size (the entire population of Israel is about a third that of China’s capital city, Beijing), the thousands of years of cultural divergence and the different political systems. But there is plenty of common ground if the Jews and Chinese want to find it – and they do.

Israel and China both see themselves as ancient nations, a commonality that is important to the Chinese, who take history seriously. And the countries actually share quite a few cultural values, such as a strong emphasis on family and education, a work ethic and a passion for learning.

Ancient Jewish and Chinese thinkers even independently came to the golden rule. The Talmudic saying by Hillel the Elder, “That which is hateful to you, do not do to your fellow” (Shabbat 31:1), and which is said to summarize the entire Torah, has an exact equivalent in a saying attributed to Confucius: “What you do not want done to yourself, do not do to others.” (James Legge translation, “Analects,” 15:23) 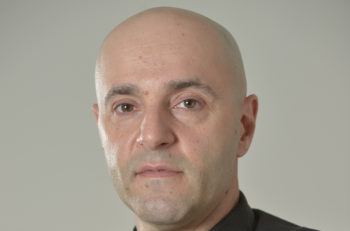 Further, the Chinese have no history of anti-Semitism. Jews, most likely from Persia and Iraq, have been living in China since at least the 10th century without suffering persecution. During World War II, some 20,000 European Jews found refuge from the Nazis in Shanghai. With Jews now facing increasing hostility in Europe, China’s attitude is a welcome respite.

Israel and China have certainly had their disagreements – revolutionary China sided with the Arabs in the Middle East during the 1960s and ’70s. But the past few years have seen an unprecedented strengthening of ties spurred by the governments and by nongovernmental organizations on both sides.

Faced with an increasingly challenging international environment and a geopolitical realignment in the region, Israel understands it must strengthen its ties with China because of the latter’s importance to Israel’s security. There is also the obvious lure of the huge Chinese market.

Amid the upheaval in the Middle East, China has realized that Israel is one of its few stable and reliable partners in the region, which it will need help navigating as it seeks to meet its growing energy needs. China is also interested in what Israel has to offer in technological innovation and creativity as it tries to upgrade its industrial base and move away from exports-based economic growth.

The upshot is trade and investment are reaching new highs and relations between the governments have been upgraded to include semi-annual dialogue at the level of deputy foreign ministers. The two countries have even agreed to launch talks to conclude a free-trade agreement.

From Alibaba to Fosun and Ping An to Baidu, Chinese firms are investing in Israeli technology – providing Israel with funds, thousands of jobs and access to the world’s largest consumer market. Even the iconic Israeli food and dairy cooperative Tnuva Group was bought last year by the Chinese state-owned conglomerate Bright Food (Group) Co.

All this political and economic exchange is driving a mutual interest in the other’s culture. Academic and tourist exchanges are flourishing. Israelis study the Chinese language in ever greater numbers, and the Chinese are becoming more and more interested in all things Jewish.

In a recent interview for a global finance program on China Radio International, a Chinese reporter asked me the meaning of the phrase “All of Israel are responsible for one another.” (Midrash Safra on Vayikra)

Still, China’s political and energy interests in the Middle East and its comprehensive ties with the Arab world dictate a cautious and balanced approach to the region. China enjoys good relations with Iran based not on antipathy toward Israel, but on its desire to boost ties with the Persian Gulf and secure its western flank.

To keep the romance going, Israel and China must stay focused on their similar traditions as well as their shared interests. At a reception last week for China’s National Day hosted by the Chinese Embassy in Tel Aviv, Israeli President Reuven Rivlin emphasized these very points, calling the Israel-China relationship “a friendship which honors and respects the oldest of traditions, but produces the most modern technology and economic development.”

Let’s hope his speech was translated into Mandarin.

(Alexander B. Pevzner is the founding director of The Chinese Media Center at the School of Media Studies of The College of Management Academic Studies in Rishon LeZion, Israel.)