Op-Ed: What Donald Trump and football can teach us about ‘chained’ women 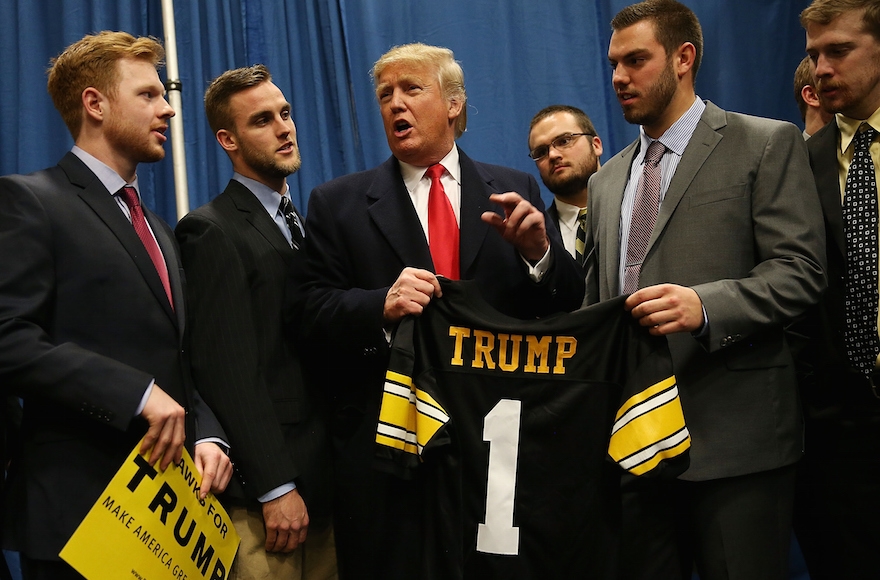 SCRANTON, Pa. (JTA) — Following eight years of struggle, an Israeli mother named Adina Porat finally received a Jewish writ of divorce, or get, earlier this month, bringing back into the headlines the plight of “agunot” — so-called chained women trapped in marriages and unable to move on because their husbands refuse to grant a divorce.

Porat’s case was brought to a successful, if belated, conclusion thanks to the work of the grassroots Organization for the Resolution of Agunot, or ORA, which uses public demonstrations to apply pressure to recalcitrant husbands. ORA is working on the cases of another 70 women, mostly in the United States and Israel.

In recent years, advocates have suggested several innovative legal remedies to resolve these cases, prompting heated discussions of religious legal precedent, authority and communal politics. To date, though, not one has been widely adopted.

Professional football may help explain why.

The game remains the most popular spectator sport in America, even as its inevitable and debilitating effects on players have become impossible to ignore. Public intellectuals and medical experts alike have begun to debate its legitimacy as public entertainment, but their concerns have not affected the television ratings. It’s because the violent damage football inflicts is a feature, not a bug. It’s not a problem to be solved but a critical aspect of the game’s appeal. 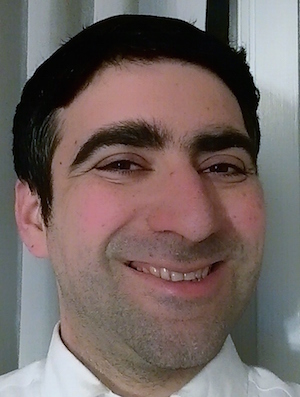 Donald Trump confirmed this sentiment at a campaign rally on Jan. 10 when he complained that football has become too “soft” and therefore less appealing to viewers. The Republican presidential contender specifically praised a grotesquely brutal (and illegal) shoulder-to-helmet blow during a recent playoff game between the Cincinnati Bengals and Pittsburgh Steelers that shocked even the television announcers into silence.

“It’s become weak and you know what? It’s going to affect the NFL,” said Trump, who owned a team in the defunct United States Football League.

Israeli philosopher Moshe Halbertal offers a clue why this is so in his book “On Sacrifice,” in which he argues that because good causes legitimately deserve sacrifice, we are hard-wired to assume that sacrifice in and of itself can justify or even ennoble a cause.

“This is how the spectacle of brave soldiers casting aside their own self-interest and putting themselves at risk leads to a form of moral self-deception that is difficult to avoid,” he wrote.

In other words, because soldiers sacrifice so much in battle, we are disposed to downplay the moral calamity that wars entail. We focus instead on the valor of the warriors. Similarly, because football players sacrifice so much, both in the moment and with the injuries they cope with for the rest of their lives, their actions carry a heightened significance and meaning. In a world where so much of our entertainment is scripted, contrived and fake, the very real consequences of football are an inextricable part of what makes the game so compelling and its players into larger-than-life heroes.

A similar dynamic is at play in the Orthodox treatment of agunot. Many prominent rabbis have been accused of moral callousness, even misogyny, for not endorsing solutions that could provide broad relief for women trapped in unwanted marriages. This is false. These same rabbis often display the most genuine personal empathy for agunot and serve in the leadership of groups like the Organization for the Resolution of Agunot. They almost unanimously have endorsed the “halachic prenup,” a premarital legal agreement designed to prevent future agunot.

But most draw the line there, leaving existing cases to drag on, even as agunot literally sacrifice years of their lives to a system fundamentally unbalanced against them. In a very real sense, their sacrifice is a public, ongoing reaffirmation of the legitimacy and inviolability of the religious laws surrounding marriage and divorce. It is precisely their undeserved suffering that gives those laws tremendous power and gravitas, and makes them inspirational heroes for a community that rallies to support them. A rabbinic court claiming the ability to dissolve a marriage at will, however the mechanism, would instead send the message that the system is, in the end, not very serious at all.

If modern Orthodox leaders and communities truly believe that Jewish law demands that the power to end a marriage should remain exclusively in the hands of a recalcitrant husband, the sacrifices of a few dozen women do not justify a radical legal overhaul — the intensity of their suffering notwithstanding. In fact, their suffering may, in a bitter irony, actually reinforce the significance of their legal chains.

Simply put, Jewish law hurts people sometimes. As with football, that’s not a bug — it’s a feature. And as Trump implicitly understands, we cannot fully legislate or mitigate those features away without undermining the system as a whole.

Halbertal, though, concludes his analysis with a warning: “When morality is depicted as a temptation to be surmounted in the name of a higher goal, it is always someone else who pays the price.” For Halbertal, misguided sacrifice is the very definition of idolatry.

The stakes are high for those of us who uphold the the value of this religious order. We must be mindful both of the noble principles we believe ourselves to be protecting as well as those whose lives and bodies are the price we are prepared to pay for them.

(Rabbi Avraham Bronstein has served at The Hampton Synagogue and Great Neck Synagogue and is a frequent writer and speaker on contemporary issues in Jewish thought. He stopped following professional football years ago.)