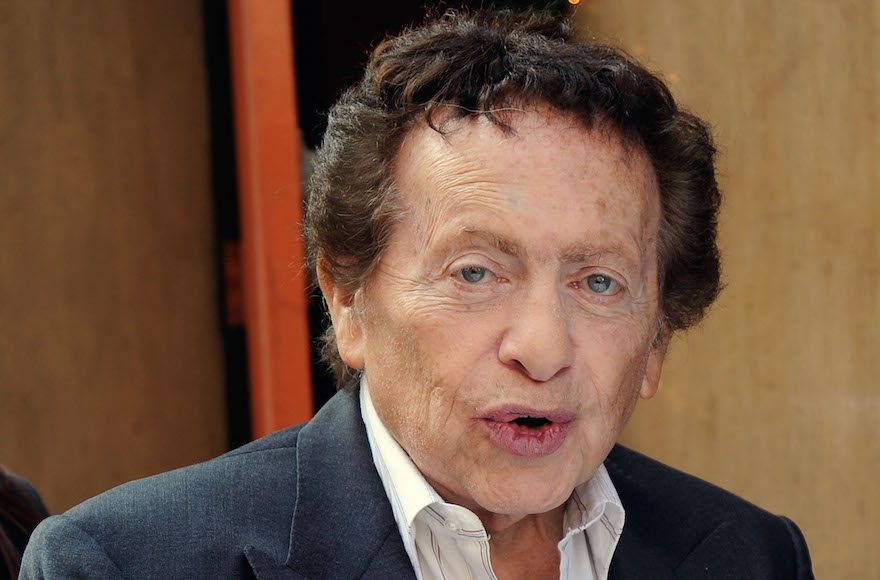 NEW YORK (JTA) — Comedian Jackie Mason has taken sides in a Democratic primary race in New York by roasting the incumbent for his weight, height and support for the Iran nuclear deal.

In a robocall recorded for challenger Oliver Rosenberg, Mason charges, “Jews are facing the hydrogen bomb” as a result of Rep. Jerrold Nadler’s support for the accord reached in 2015 to limit Tehran’s nuclear capability.

“You would never know he was a Jew all his life. By looking at him, you could tell he’s a little overweight, and he’s a little short,” Mason says of Nadler in one of the 30-second calls that were first reported in the New York Post.

Mason also calls Nadler “the guy who is wasting your time in Congress,” adding, “He’s accomplishing nothing, and when he does accomplish something, it’s always the wrong thing. He winds up voting for something like the Iran deal. And you know what happens to the Jews? The Jews are facing the hydrogen bomb. No decent person would vote for Jerry Nadler … Vote for Oliver Rosenberg!”

Mason, 85, rose to fame as a stand-up comedian in the 1960s and enjoyed a career renaissance with a series of one-man Broadway shows starting in the 1980s. He has since branched out into political commentary, writing op-eds reflecting his conservative political views on Israel, political correctness and the Obama administration.

Nadler supported the Iran deal after much deliberation despite objections from the American Israel Public Affairs Committee and others in the pro-Israel community, saying it “gives us the better chance of preventing Iran from developing a nuclear weapon” than voting no.

Nadler campaign spokesman Daniel Schwarz called the Mason robocalls a “new low from a campaign that frankly has been a stream of shameless negative attacks from the very beginning.”

Rosenberg, 30, a graduate of Yeshiva University, said he decided to enter the race after Nadler supported the Iranian nuclear arms deal. Rosenberg is also openly gay, and has been seeking votes in gay-friendly enclaves of the district, including West Greenwich Village.

The Democratic primary is June 28.