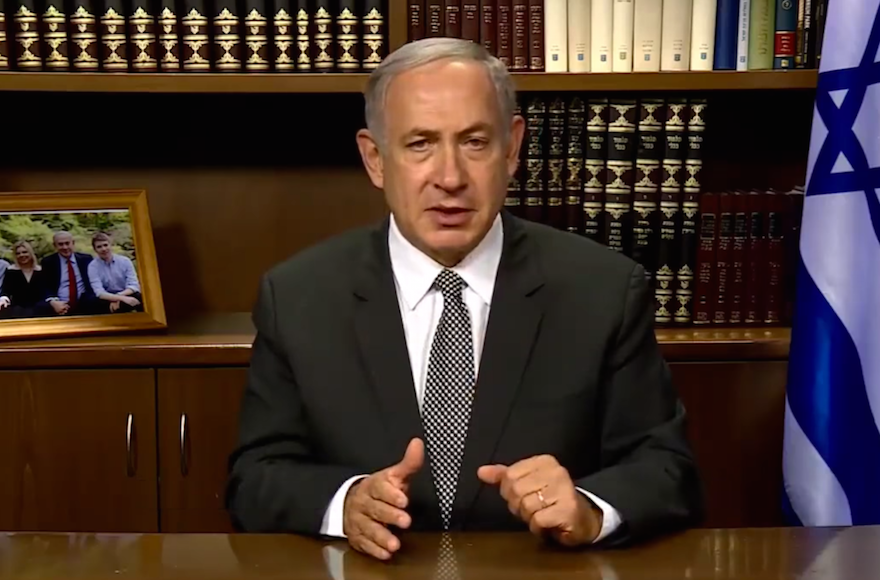 WASHINGTON (JTA) — The Obama administration has engaged in “direct conversation” with Israel’s government over what it said was Israeli Prime Minister Benjamin Netanyahu’s “inappropriate” claim that Palestinian opposition to settlements amounts to “ethnic cleansing.”

“We obviously strongly disagree with the characterization that those who oppose settlement activity or view it as an obstacle to peace are somehow calling for ethnic cleansing of Jews from the West Bank,” Elizabeth Trudeau, a State Department spokeswoman, said Friday in a reporters’ briefing. “We believe that using that type of terminology is inappropriate and unhelpful.”

Prompted by a reporter, Trudeau confirmed that Netanyahu’s video, posted Friday to Facebook, where he makes the claim, led to questions from the Obama administration.

“We are engaging in direct conversations with the Israeli Government on this,” she said.

In the video, Netanyahu likens residents of the settlements to Arabs born in Israel.

“No one would seriously claim that the nearly 2 million Arabs living inside Israel – that they’re an obstacle to peace,” he said. “That’s because they aren’t. On the contrary. Israel’s diversity shows its openness and readiness for peace. Yet the Palestinian leadership actually demands a Palestinian state with one pre-condition: No Jews. There’s a phrase for that: It’s called ethnic cleansing.”