Bob Dylan and Philip Roth bring it all back home 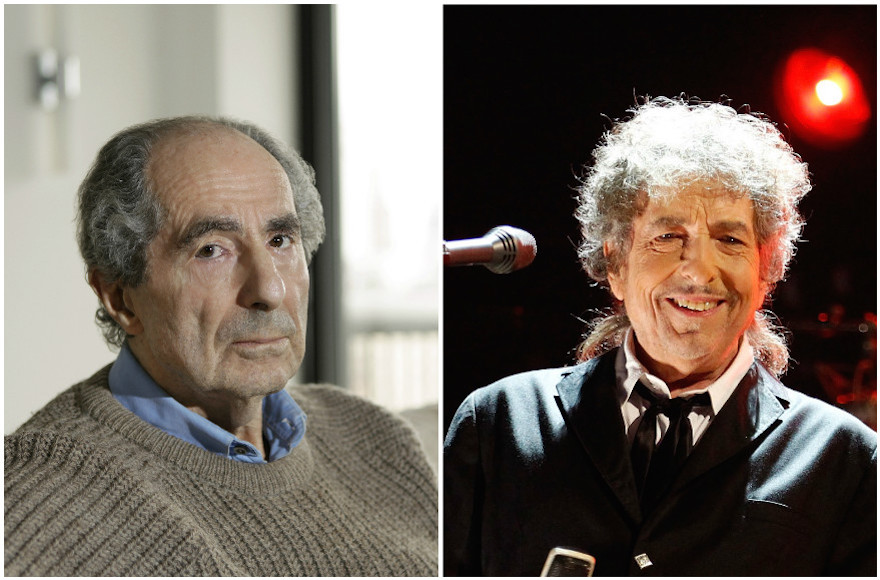 The time for Philip Roth, left, to win a Nobel Prize may be running out. Bob Dylan, right, won the prize on Oct. 13, 2016. (Julian Hibbard/Christopher Polk/Getty Images)
Advertisement

(JTA) — As a fan who runs the “Bob Dylan: Tangled Up in Jews” website, I should be ecstatic at the Nobel Prize in Literature awarded to the writer whose words have been the soundtrack to my life since I first sang them at a Jewish summer camp some 40-odd years ago.

However, as an editor of a New Jersey Jewish newspaper located just 23 miles from the Newark neighborhood of Weequahic where Philip Roth grew up and placed so much of his fiction, I should be heartbroken that Roth, also rumored to be a contender for the prize, lost out — again.

So, to quote the laureate, how does it feel?

Both are the grandchildren of Jewish immigrants. Their fathers were middle class: Herman Roth was an insurance salesman. Abe Zimmerman had an appliance store in Hibbing, Minnesota.

Each was an early herald of the escape from middle class norms that defined the 1960s.

Young Robert Zimmerman dropped out of college, moved to New York City, sought out folk singer Woodie Guthrie as an inspiration and role model, made up fantastical stories about running away from home as a child, and changed his name to Bob Dylan. He would soon be dubbed “the voice of his generation” for warning “mothers and fathers throughout the land” that “the times they are a-changin’.”

Young Philip Roth graduated college, attended graduate school, became a teacher and earned literary respectability with stories in The New Yorker in the late 1950s. But his first short stories told of Jews who refused to either fully assimilate or to behave: Jewish soldiers who lied about Yom Kippur to get an extra pass from the army; a child who refused to except Hebrew school dogma; and, perhaps most presciently, a suburban Long Island householder who becomes a Hasid.

Even before he portrayed an unmarried nice Jewish girl worrying about birth control or a not-so-nice Jewish boy soiling the family dinner, Roth’s willingness to tell the story of his Jewish community in public earned anger and disapproval, perhaps most famously when he appeared on a 1962 panel at Yeshiva College alongside Ralph Ellison. The tone of the evening was summed up in the words of a Yeshiva educator who wrote, in a letter to the Anti-Defamation League, “What is being done to silence this man?”

For Roth’s and Dylan’s Eastern European forebears, the choice was simple if not always easy: You were either in the community or out. Were you a Jew or did you abandon the faith? The dilemma was not unique to America: “Fiddler on the Roof” captures the mood of Russian Jews worried about their children’s fate more than a century ago. Would they fall in love with a Christian and convert out? Would they fight for a tradition-annihilating Communist revolution?

In the postwar American Jewish community, these concerns were expressed in the language of sociology. Assimilation or continuity? Exogamy or endogamy? But really the question came down to a phrase of black dialect, set down in a story by a Jewish writer, and popularized in a song the senior Roths and Zimmermans possibly danced to during World War II: “Is You Is or Is You Ain’t My Baby?”

Looking at young Philip and young Robert, say, a decade after their bar mitzvahs, it is easy to imagine the dismay of a generation of Jewish mothers and fathers. Their sons and their daughters — certainly Philip and Robert — were beyond their command.

What did that bode for the Jewish people? 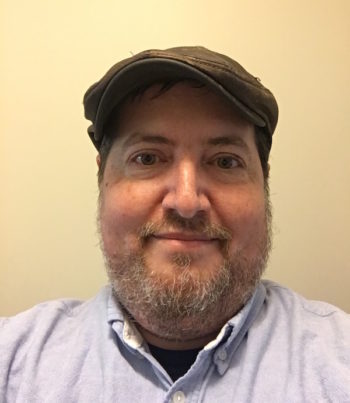 The answer turned out to be blowing through the words they wrote and the lives they lived. They were not, despite the very Jewish blessing contained in a song Dylan wrote for his son Jakob, forever young. Instead, they matured and grew, coupled and uncoupled and recoupled, even matured into nostalgic elders, and along the way chronicled and contributed to the mixed-up confusion that is contemporary American Jewish life.

Dylan felt the surrealistic quality of the present while yearning deeply for the past. He tells of devouring Civil War newspapers in the New York Public Library when he was first living on borrowed sofas in Greenwich Village. His most recent 21st-century songs mashed up phrases from 19th-century poets and prewar blues singers into a timeless collage.

This mix of past and present works with a spirituality that is largely absent from the work and life of Roth, a proud atheist. Each man toyed with the question of making his life in Israel. (Dylan started filling out paperwork to move to a kibbutz; Roth imagined a counterlife where he was Israeli.) But it was Dylan who was photographed at the Western Wall for his son’s bar mitzvah; who became a born-again Christian follower of the evangelist Hal Lindsey; who performed on a Chabad telethon; who showed up on Yom Kippur at Chabad houses across the country, and who was seen occasionally at student performances at his grandchildren’s Jewish day school.

The question of in or or out, whether for an individual or a generation, has no easy answer because people are never static. The enfant terrible matures, kicking and screaming, into the elder statesman. It was 50 years ago that Dylan “went electric” and embraced rock ‘n’ roll; who can count the stages between then and his present status as a gravelly voiced interpreter of Frank Sinatra songs? Roth began as a naughty young Jewish writer, became a champion of Eastern European authors and let his early ambition to be a great American novelist play out as the grand chronicler of lives lived amid historical moments, capturing the eras of his lifetime, including the McCarthy era, the ’60s counterculture, the presidency of Bill Clinton and, in his 2004 novel of alternate history, “The Plot Against America,” World War II. That book is a prescient depiction of the temptations and consequences of America First nativism and anti-Semitism and features not only a conspiracy-mongering President Charles Lindbergh but a bullying developer who is described as a “cheapskate,” “screamer,” “shouter” and “a man without a friend in the world.”

For that reason, a Nobel nod to Roth right now might have been seen as more Swedish meddling in American politics, akin to President Obama’s peace prize. Yet Dylan, too, is a rebuke to the Trump moment — not only for his youthful support for the civil rights movement as a songwriter and performer (he professed to abandoning politics back in 1964, singing that he was “younger than that now” and has, with a handful of exceptions, remained apolitical since), but for showing that singing American and being American is as rooted in the language and songs of the African slaves as it is in the folk immigrants from England and Scotland, and that a grandson of Russian Jewish immigrants can nurture himself and his country by grafting on to these deep roots.

In awarding a literature prize to a songwriter for the first time, the Nobel Committee honored Dylan for the boundaries he broke in the genre of popular song. Surrealism, anger, confusion — again and again Dylan found words with old echoes for ideas new to the radio and record player.

And it is for this, for using old words in new ways, that I come down on the side of Dylan over Roth. Roth beautifully, masterfully chronicles the life of American Jews. But in recombining old texts for new times, Dylan hearkens back to the most ancient Jewish way of reading and writing, from the first compilers of the Bible, through the rabbis of the Talmud and the Zohar, to the Yiddish and Hebrew writers of the past two centuries.

In that, Dylan puts me in mind of the Jewish writer who won the Nobel Prize in Literature in 1966, Shmuel Yosef Agnon. Like Roth, Agnon chronicled the lives of Jews in their times. Like Dylan, Agnon creates something new from old language, using the words and phrases and images from the prayer book and midrash to tell his tales — with more than a touch of the mythical and surreal thrown in for good measure.

Roth, for all his brilliant sentences and psychological awareness, is a writer of Jews.

In making newspaper headlines sound like ancient wisdom, Dylan is a Jewish writer.

(Larry Yudelson is the associate editor of The Jewish Standard.)