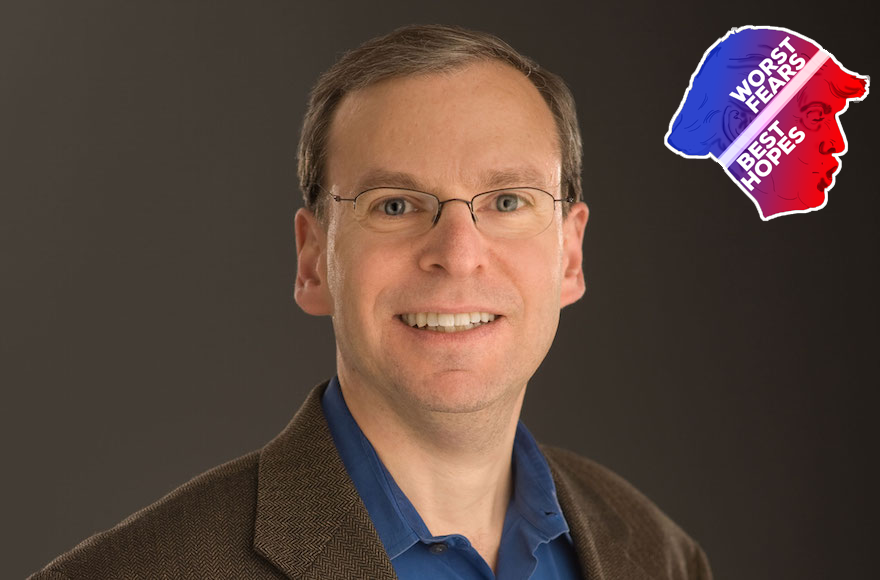 (JTA) — The battle lines in the fight for our shared future have never been starker. The Trump administration and its allies have indicated that they may abandon the two-state solution, embrace the settlement project and undermine the Iran agreement. They have threatened to target Muslims, immigrants and other vulnerable groups.

We must now defend our shared fundamental values of tolerance, equality and democracy. My hope is that the Jewish community and our country can rise to this new challenge together, forging a better future for Americans, Israelis and Palestinians alike in the process.

We will not get there tomorrow. As Jews and as the children and grandchildren of immigrants, we remember what it means to be victims of persecution. Worryingly, I’ve seen deep-seated fear etched on the faces of colleagues and allies in the United States as well as in Israel, where I spent the week soon after the election.

But resistance and courage is as integral to our DNA as is our history of oppression.

In that spirit, we at J Street intend to give voice in the days and months ahead to the values of the overwhelming majority of our community. We will fight policies grounded in bigotry, we will stand up when those without power are threatened, and we will speak out against extreme foreign policy prescriptions and attempts to use military force when there are diplomatic options available.

(Jeremy Ben-Ami is the president of J Street.)