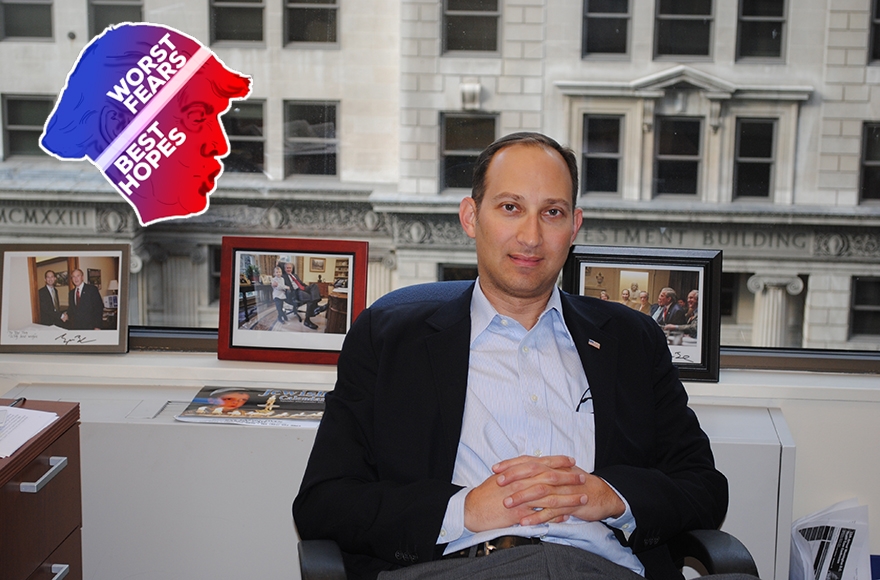 (JTA) — My highest hopes for a Trump administration are the same as for any incoming presidency: four or even eight years of peace and prosperity. And there is a path for getting there, as the post-election stock market boom has suggested. If Trump successfully prunes back regulatory overreach, reforms the tax code and finds a way to encourage businesses to keep their capital in the U.S., then we might see a return to 3-4 percent economic growth rather than the anemic growth we have seen in this century thus far.

On foreign affairs, other nations may fear Trump’s unpredictability and be wary of confronting the U.S. abroad. The Trump administration also won’t be pressing for externally imposed peace deals between Israel and the Palestinians, which could allow for breathing room to emerge, and also allow Israel to continue to develop improving relations with Middle Eastern nations such as Egypt and Saudi Arabia, as well as other emerging partnerships with China, India and Japan.

On the worst fears side, I have been disturbed by some of the anti-Trump hysteria questioning the legitimacy of the election. Eight years of protests in the streets and gridlock in the Senate won’t do anyone any good, and will keep America divided after future election cycles as well.

Of course, things will likely fall between these two poles, as highest hopes and worst fears typically end up being dashed in favor of reality. That reality is what voters will have to assess 1,400 or so days from now in the next presidential election.

(Tevi Troy is a presidential historian and former White House aide in the George W. Bush administration. His latest book is “Shall We Wake the President? Two Centuries of Disaster Management from the Oval Office.”)