Paris ‘peace’ conference shapes up as another misfire 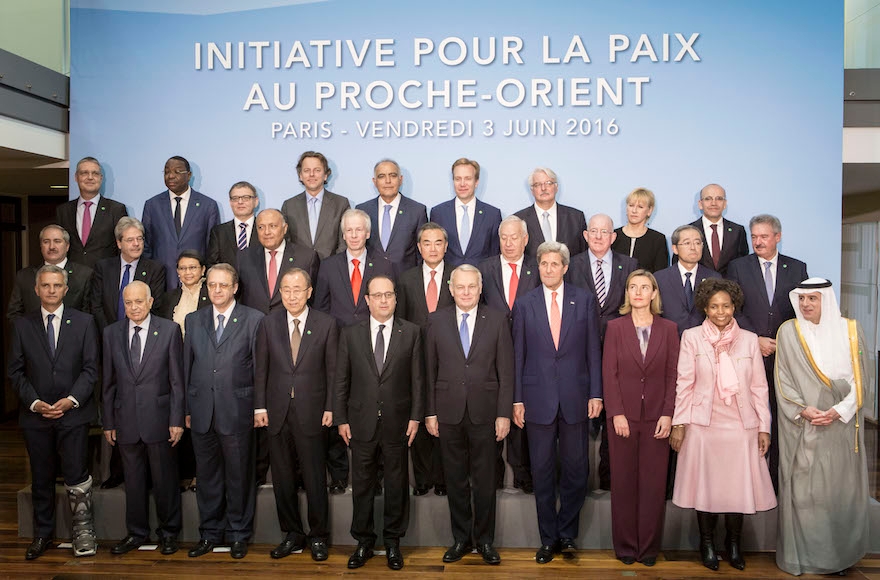 World leaders at a conference aimed at reviving the Israeli-Palestinian peace process in Paris, on June 3, 2016. (Kamil Zihnioglu/AFP/Getty Images)
Advertisement

(JTA) — Foreign ministers of some 70 nations are expected to meet in Paris on Jan. 15, five days before the American presidential inauguration, for an international conference that is being advertised as dealing with the Middle East.

No, this high-level gathering will not address the major crises bedeviling the region such as the incalculably bloody civil war in Syria, the ongoing tragedy of Iraq, Iran’s destabilizing activities or the continuing barbarism of ISIS and other terrorist groups.

Rather France, the host country, is seeking to exercise its long-sought leading role in adjudicating the Israeli-Palestinian dispute. Foreign Minister Jean-Marc Ayrault told reporters that he expects the conference to “reaffirm the necessity of a two-state solution.” A “French diplomatic source” told Reuters that time was of the essence since the new American administration was likely to take a different course.

“You can see that it’s even more justified in this context,” the source said, according to Reuters.

The conference is going forward despite the strong objection of one of the two central parties to the conflict, Israel. In light of that objection, neither Israel nor the Palestinian Authority has been invited to participate, but Israeli Prime Minister Benjamin Netanyahu and Palestinian Authority President Mahmoud Abbas will be asked, after the conference concludes, to discuss its results with President Francois Hollande, a lame-duck leader.

The Paris conference, which was postponed from Dec. 21, follows two other major diplomatic events ostensibly aimed at furthering the goal of a two-state solution to the Israeli-Palestinian conflict but which, like the gathering, will have the opposite effect.

On Dec. 23, a decision by the U.S. to abstain rather than exercise its veto enabled the U.N. Security Council to pass, by a 14-0 vote, a resolution condemning and declaring illegal Israeli settlements on the West Bank and in eastern Jerusalem. The same resolution sets the 1949 armistice lines as the basis for negotiating the boundaries between Israel and a future Palestinian state — thereby declaring the Western Wall, the Temple Mount and the Jewish quarter of eastern Jerusalem to be Palestinian territory, pending negotiations. It also urges the international community to treat Israeli-controlled territory beyond the Green Line differently from Israel proper, in essence justifying an economic boycott of the territories.

Five days later, U.S. Secretary of State John Kerry delivered a speech at the State Department justifying the U.S. decision to abstain and allow, for the first time in eight years of the Obama administration, a Security Council resolution critical of Israel to be adopted. While expressing his decades-long support and admiration for Israel, Kerry nonetheless cited Netanyahu’s Dec. 16 statement describing his government as more committed to settlement building “than any other government in the country’s history” and warned that its actions were making a two-state solution impossible. 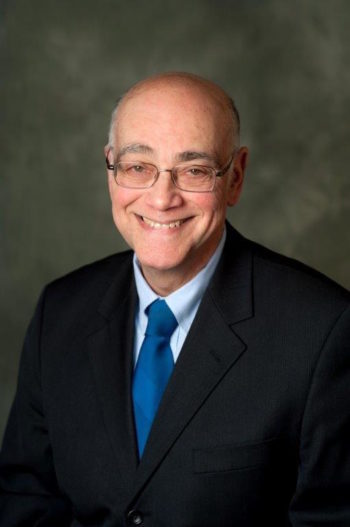 Both the U.N. resolution and Kerry’s remarks also contained criticism of Palestinian incitement to violence, but the attempts at evenhandedness were so muted as to seem pro forma. Indeed, the lack of any real balance in assigning responsibility could well encourage the most intransigent elements on both sides — the Palestinians to come away thinking they can achieve their demands through the United Nations and avoid direct negotiations with Israel, and the Israelis to conclude that since the U.N. is hopelessly biased against them, there is nothing to gain from showing flexibility.

The expected third leg of this diplomatic trifecta coming up in Paris is likely to reinforce the same pernicious pattern. Once again, as at the U.N., a multinational body plans to do the Palestinians’ work for them, inscribing maximalist Palestinian territorial aspirations into international diplomatic guidelines that Israel will be pressured to accept.

One possible scenario for the Paris gathering is a resolution endorsing the six-point framework that Kerry laid out in his speech, with the reference to the 1949 lines and hinting at an economic boycott, to be submitted in resolution form for the Security Council to approve before President Obama’s term ends. Another is for the conference to recognize the existence of a Palestinian state, despite the lack of viable, functioning Palestinian political and civil institutions, in total disregard of Israeli security concerns, and with no consideration of how a Palestinian state might be cobbled together given, among other realities, the current bitter divisions in Palestinian ranks between Hamas-ruled Gaza and the P.A. government on the West Bank.

Those involved in organizing the upcoming conference all subscribe, or at least say they do, to the view that true peace between Israel and the Palestinian people can come only through direct, face-to-face negotiations between the parties. Why, then, encourage Palestinian leaders to avoid that very necessity? Why double down on the previous misfires in New York and Washington to gang up on Israel in Paris? And why go ahead just days before the new U.S. administration takes office?

Netanyahu has offered innumerable times to meet with Abbas anywhere, any time, with no preconditions. If only the international community would shift gears and put its weight behind that idea.