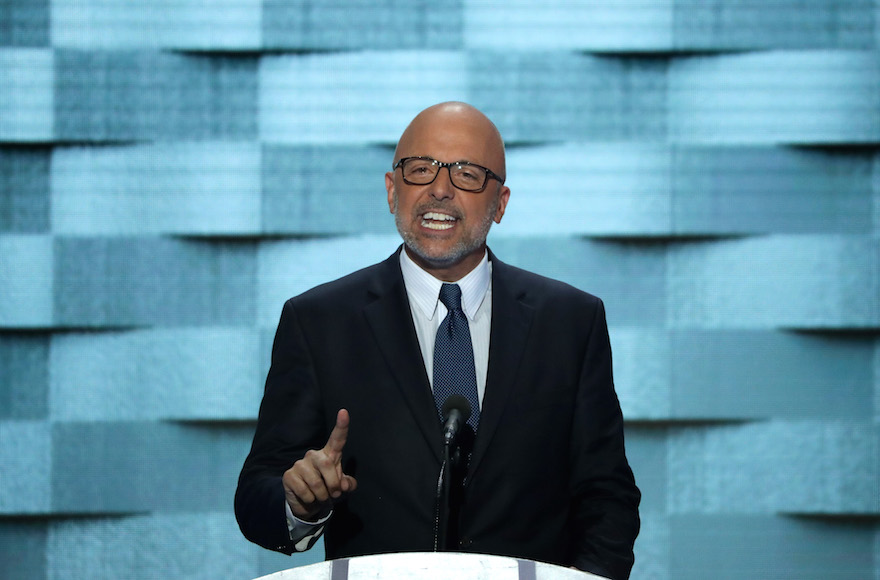 WASHINGTON (JTA) — Rep. Ted Deutch, a senior House Democrat who opposed the Iran nuclear deal, is leading an effort to persuade President Donald Trump to abide by the agreement.

“Some of us voted for, and some against the Iran nuclear agreement,” said the letter due to be sent Wednesday to Trump with signatures from over 180 Democrats in the U.S. House of Representatives — the vast majority of the caucus. “Nonetheless, we are united in our belief that enforcing this agreement to the fullest extent will provide the United States with more leverage to stop a potential Iranian nuclear weapons program and push back on Iran’s destabilizing activities.”

Deutch, D-Fla., who spearheaded the letter with Rep. David Price, D-N.C., a leading defender of the agreement, is close to the pro-Israel establishment.

The 2015 deal, known as the Joint Comprehensive Plan of Action, trades sanctions relief for a rollback in Iran’s nuclear program. Critics, among them Deutch, the top Democrat on the House Middle East subcommittee, said its flaws included “sunset clauses” that allow Iran to ease restrictions on uranium enrichment within a decade or so.

Trump has said he wants to scrap the agreement or at least reopen it to negotiation. He may do so as early as Oct. 15, a deadline for him to certify to Congress Iran is in compliance with the agreement. Nuclear inspectors say Iran is compliant, but Trump and other current deal opponents note its continued missile testing, its backing for terrorism and its military adventurism.

Deutch, who is Jewish, is the latest erstwhile critic of the deal to say that quitting the deal without a solid pretext would alienate other signatories to the deal and U.S. allies — and would wound attempts to force Iran to stand down on its non-nuclear bad acts. Last week, Sen. Ben Cardin, D-Md. — also close to the establishment pro-Israel community and Jewish — forcefully argued against ditching the deal.

“The JCPOA is an imperfect agreement, but to address the problematic provisions including the sunset clauses, we will need stay in lockstep with our global partners,” Deutch said in a release.

Trump may unilaterally kill the deal simply by replacing sanctions through executive action. Another option, to inform Congress that Iran is not in compliance — the Oct. 15 deadline — would effectively kick the ball to Congress, which would have 60 days to reinstate sanctions.

Republicans, who have a majority in both the Senate and House, robustly opposed the deal in 2015, have yet to indicate how they will act should Trump leave the agreement’s fate in Congress’ hands.