The Presbyterian Church has been hijacked by anti-Israel activists 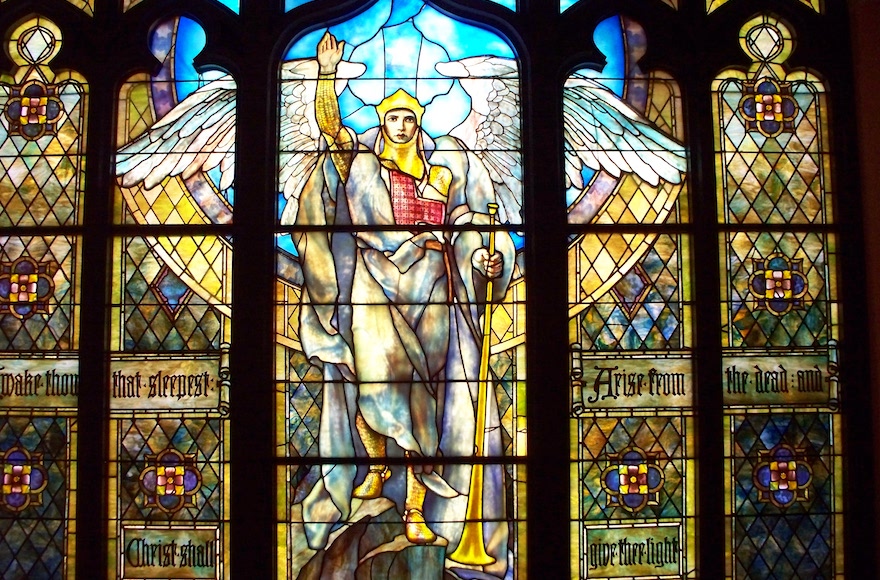 NEW YORK (JTA) — Since 2004, the Presbyterian Church (U.S.A.) has engaged in a biennial ritual of obsessive, relentless anti-Israel demonization. The church’s upcoming General Assembly in St. Louis will be no exception.

Multiple mainline Protestant denominations have considered anti-Israel resolutions and initiatives. However, no denomination is more clearly associated with anti-Israelism than the Presbyterian Church (U.S.A.). Indeed, some of its actions have flirted with or crossed over to anti-Semitism, most notably its publication and dissemination of the anti-Semitic “Zionism Unsettled,” a congregational study guide that distorts Jewish and Israeli history. The sheer volume of anti-Israel resolutions discussed and debated reveals a deep animus that needs to be called out.

The General Assembly next month will consider at least eight Israel-related resolutions. By stark contrast, it will consider one on the massive carnage in Syria. Does the Israeli-Palestinian conflict deserve eight times as much attention as the hundreds of thousands killed and millions displaced in the Syrian civil war? Something is awfully wrong here.

Within the Presbyterian Church (U.S.A.), a small but vocal minority of activists has managed to keep anti-Israelism on the agenda through eight assemblies spanning 14 years. This faction even has its own committee, dubbed #12 — Middle East Issues, allowing a concentration of Israel-denunciatory time and energy in one place throughout the weeklong GA.

For American Presbyterians and Jews, this is an interreligious relations tragedy. There is no scintilla of evidence that these anti-Israel propaganda shows reflect the views of Presbyterians in the pews. Presbyterians, like most Americans, overwhelmingly support Israel, which they correctly see as a lone beacon of democracy in the Middle East and a frontline bulwark against global terrorism. What takes place on the GA national stage is a farce.

Across the country, Presbyterian-Jewish relations on the local level are generally superb. Rabbis have developed close relationships with Presbyterian ministers; churches collaborate with synagogues in a host of endeavors; and Jewish organizations, including the American Jewish Committee, partner with Presbyterians in many communities.

Indeed, at a time when many Jews and Presbyterians are mobilizing to aid the most marginalized in America, the ability of these two faith groups to work together has been seriously compromised by the Israel obsession at the Presbyterians’ assembly.

To make matters worse, this anti-Israelism has provided a platform for the misnamed Jewish Voice for Peace, which has positioned itself as a vocal ally of the Israel-haters within the Presbyterian Church (U.S.A.). This clearly violates the principle in interreligious dialogue that a faith community should be understood the way it understands itself. The anti-Zionist Jewish Voice for Peace is not representative of American Jewry, which remains overwhelmingly supportive of Israel and sees its Jewish identity as inseparable from the existence of the Jewish state. Romanticizing Jewish anti-Zionism raises serious questions about the church’s full embrace of the concept of a Jewish state as an essential element of modern Judaism.

To be clear, like any country, Israel is not perfect. Just ask its robust citizenry and press, which contend with and debate some of the issues raised in the Presbyterians’ resolutions. But — and it is a big but — the church resolutions are articulated as a kind of zero-sum game warfare in which Israel, by definition, must be evil and the Palestinians blameless.

Presbyterians will not be taken seriously as peacemakers as long as their judgments against Israel are a foregone conclusion and they are unable to see the immense complexity in the conflict. Resolutions calling for support of BDS initiatives and the like will ultimately have no impact in achieving the peace that anti-Israel advocates claim to desire. To the contrary, they will surely make it still more difficult by lifting any responsibility from Palestinian shoulders.

We are grateful to our Presbyterian friends who have labored against difficult odds to counter anti-Israelism within their church. Their valiant efforts have served to mitigate the overwhelming Israel-bashing at the church’s GAs. We pray that they will succeed in taking back their hijacked church.

But the American Jewish Committee, whose decades-long record in interfaith relations is second to none, will not engage with the GA farce anymore. Unlike previous years, we will not be present in St. Louis at the assembly, which opens June 16.

No longer can we participate in a GA drama whose best-case scenario is exaggerated Jewish relief that anti-Israel resolutions are marginally toned down before passage. Instead, we will devote our energy to where it matters by redoubling our effort to create, sustain and expand relationships with Presbyterians at the local level through our 22 regional offices across the United States.

A famous Hasidic tale tells of two who are separately lost in the forest and relieved to find one another. They know that the paths they took were not the right ones, so they go together on a new path. It is long past time for a new path in national Presbyterian-Jewish relations.