Israeli startups want to replace your sugar with high-tech alternatives 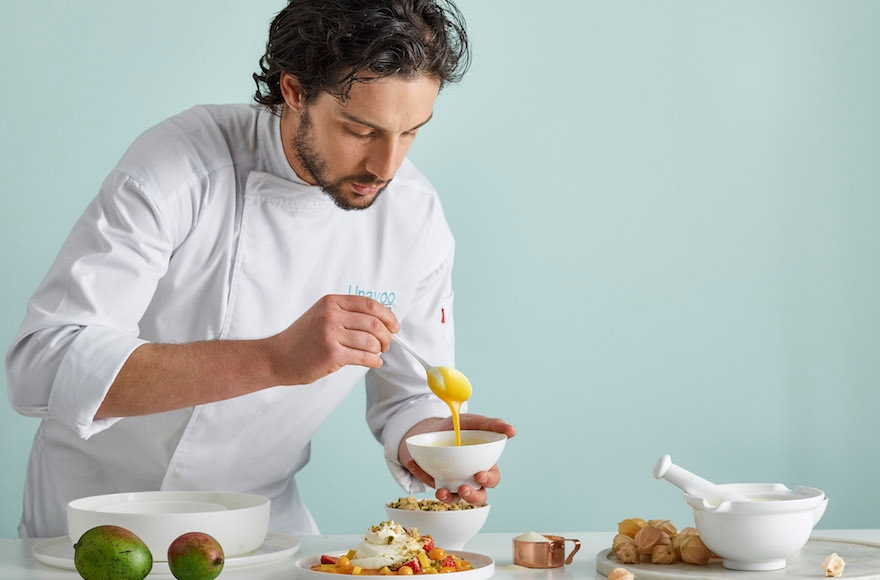 TEL AVIV — Picture the scene: It’s Rosh Hashanah eve, the year 2023. A family sits around the table, apple slices at the ready.

That’s part of the vision of Amai Proteins, an Israeli biotech company working to develop sweet alternatives to sugar in commercial food products. The company is working on formulas that are based on proteins found in various fruits, and they have zero calories, are cheaper and sweeter than sugar. They also don’t leave that aftertaste associated with artificial sweeteners. And they’d be kosher.

“Unlike other high-intensity sweeteners, Amai’s products are proteins and get digested in the upper gastrointestinal tract without causing any insulin response,” CEO Ilan Samish said.

That, he said, could enable diabetics to consume the sweetener while avoiding the dangerous insulin response prompted by sugar consumption.

Amai is among a burst of Israeli startups developing innovative alternative sweeteners, part of a new crop of Israeli biotech and food science companies aiming to take on the $90 billion global sugar market. They want to wean consumers and food companies off their reliance on sugar — its  health effects range from obesity and cardiovascular disease to diabetes and liver illnesses — and appeal to the growing demand for non-sugar, nature-based alternatives.

Israel has some 750 active startups and companies in the food and agriculture tech sectors, according to a May 2018 report by Start-Up Nation Central, an Israeli nonprofit that tracks and supports the country’s startup ecosystem. According to the organization’s public database, Start-Up Nation Finder, about 270 of the startups are food tech companies. At least a dozen of them are working on tackling sugar.

Sugar is so ubiquitous in processed food now that about 75 percent of food and beverage products contain added sugar, including in items like yogurt, protein powder and tomato sauce. Consumption of soft drinks with high sugar levels has increased fivefold in the United States since 1950. Meanwhile, sugary drinks are linked to an estimated 184,000 deaths per year worldwide, according to a 2015 study

While sugar alternatives have been on the market for decades, most have an aftertaste, contain artificial chemicals or don’t produce the same “mouth feel” as sugar. Many of the new Israeli companies are focused on products that overcome those problems.

An Israeli startup called ShakeUp is working on a healthy ice cream that is low-calorie, low-fat, has no added sugar and is dairy-free. Another company, Better Juice, is crafting low-sugar fruit juice by converting the sugars into dietary fibers. 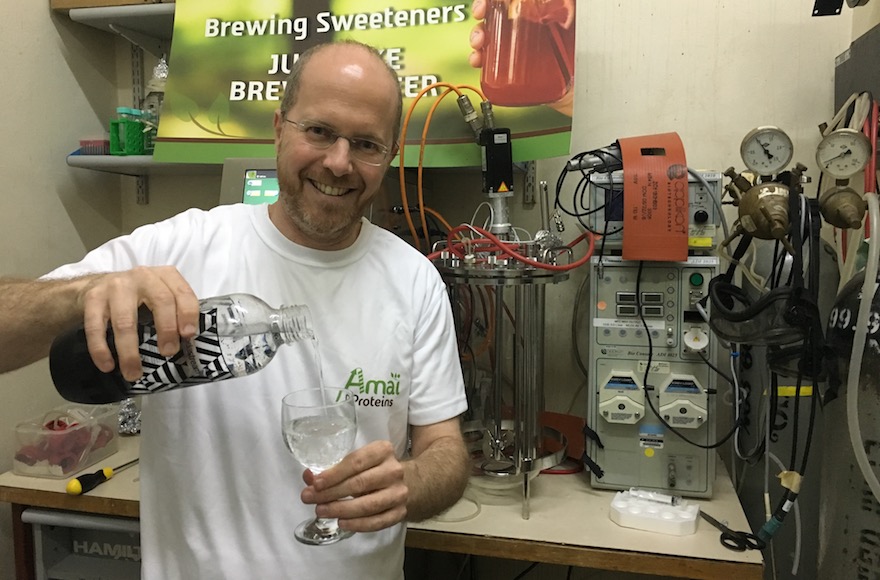 The Caesarea-based outfit Lampados International has developed a low-calorie meringue sweetener called Liteez made of prebiotic fibers and vegetable proteins that consumers can plop in a hot drink and watch melt.

Last year, Amai’s Samish and Masha Niv, the vice dean for research at Hebrew University’s Robert H. Smith Dept. of Agriculture, Food and Environment, founded a forum to boost collaboration between Israeli academics and food industry leaders in the field of healthy sugar reduction. Called the Sweet Science Forum, it’s meant to share research and brainstorm solutions in subjects like sweet perception, molecular mechanisms of sweetness and sensory analysis. Among the members are scientists from the Technion, Hebrew University and the Israeli agricultural research center the Volcani Institute; food industry giants like Tnuva, Strauss and Coca-Cola; and startups like Amai.

“It’s hard to say what will be in 20 years, but I don’t think it’s the optimal outcome to replace sugar altogether,” Niv said. “We also have to somehow convince ourselves to consume less.”

Many startups in the sweet science field were launched as a result of their founders’ personal needs.

A1C Foods, which develops products that are low carb and low on the glycemic index — how much the carbohydrates in a certain food affects blood glucose levels — was launched by Ran Hirsch, a lawyer and entrepreneur whose daughter has diabetes, and the endocrinologist who treated her, Dr. Mariela Glandt. In July, A1C was chosen by PepsiCo to be one of 10 companies to take part in its Nutrition Greenhouse incubator.

Yuval Maimon, CEO of Unavoo, maker of the natural sweetener Heylo, once owned a sprawling gelato business. After being diagnosed with diabetes 10 years ago, he shifted gears to focus on a new venture aimed at helping people eat tasty, sweet food without consuming more sugar. Unavoo sells a stevia-based sweetener that is mixed with fiber from acacia trees to offset the bitterness of stevia.

“The point is for it to be sweet and to feel like sugar when you eat it,” said Lilach Bar-Tal, Unavoo’s vice president of marketing and strategy.

As with so many Israeli startups, the target market is overseas; Israel serves primarily as a center for research and development. In most cases, the Israeli companies are targeting not consumers but major global corporations to whom the Israeli know-how and technological breakthroughs can be sold or marketed.

For example, Amai is still in the R&D stage and doesn’t expect to be on the market for two more years, according to Samish. But the company already is collaborating on uses for its sweeteners with several large food and beverage firms, including SodaStream, the Israeli beverage giant that in August was acquired by PepsiCo for $3.2 billion.

SodaStream is one of Israel’s great sweet-science success stories. Its sodas have about one-third the quantity of sugar in traditional sodas like Coca-Cola, and the company’s stock price has more than doubled over the past five years. Since April, SodaStream has been working with Amai on integrating sweet designer proteins into SodaStream products, including low-sugar and no-sugar soda in flavors like lemon, orange and coconut, according to Samish.

Eran Baniel, CEO of DouxMatok, a startup from the central Israeli city of Petach Tikvah that manipulates sugar molecules to enhance the perception of sweetness, described the sugar business as “a very conservative, very traditional industry” suffering from reduced profits in markets across the world and looking to benefit from partnerships with innovative companies.

Ironically, global sugar demand overall is expected to accelerate over the next decade as processed food giants — like Germany’s Sudzucker, which is the largest sugar producer in Europe, and Brazil’s Cosan, a sugar and energy conglomerate — make inroads in emerging markets where sugar consumption is still relatively low.

For companies targeting sugar-conscious consumers, however, the race to find alternative sources of sweetness is on. The key, of course, is to reduce sugar without sacrificing taste.

“You can develop a very healthy product,” said Tammy Meiron, the head of Amai’s food technology department, “but if the consumer experience isn’t great and the food isn’t tasty, they won’t buy it a second time.”