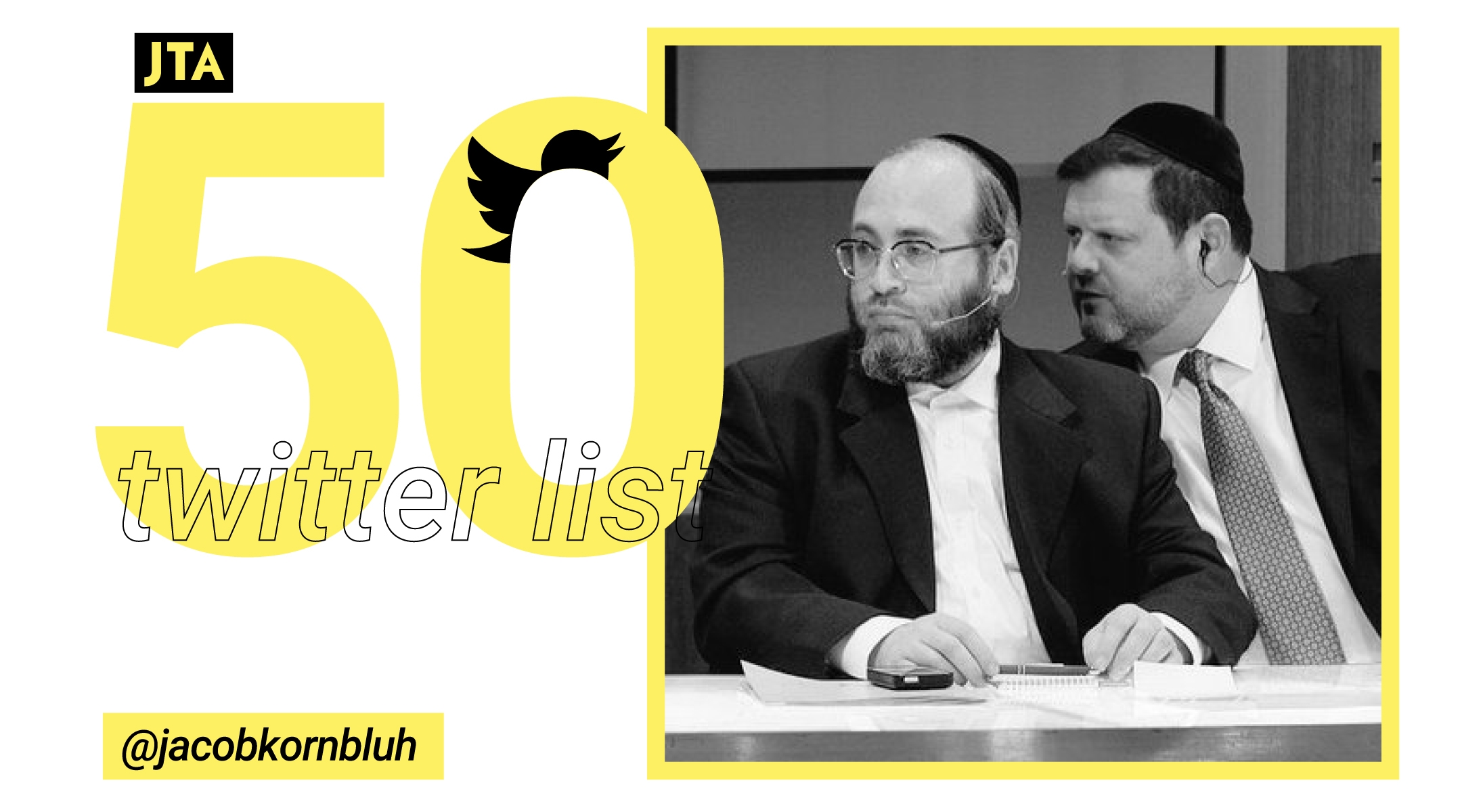 Those fascinated by the intersection of Jewish life and D.C. politics devour Kornbluh’s work.

Kornbluh writes the Jewish Insider newsletter, which aggregates all the Jewish Beltway news of the day and provides interviews of Jewish lawmakers and commentators. It finds the Jewish nugget or angle or inside joke in every story — political or not — where one exists.

His Twitter feed is a fitting extension of the Insider, a constant stream of Jewish political stories.

Kornbluh is often the first to call the Twittersphere’s attention to these stories in a way that feels organic, not one that screams “we awkwardly tacked on a Jewish angle.”

“He personally ordered the Ambassador in Israel to renovate a building for the new American Embassy there using “beautiful Jerusalem stone.” (Never mind that all buildings in the city are required to be faced with it.)” https://t.co/V2NA1s52Fh

The Brooklynite, who is haredi Orthodox, also will sprinkle in some Jewish humor.

And he knows when a fun story is Jewish enough for his audience:

"Some fans guessed Newton was unveiling a Panthers yarmulke." https://t.co/X6qIb7Pl2q