Is there a need for another big Washington pro-Israel group? 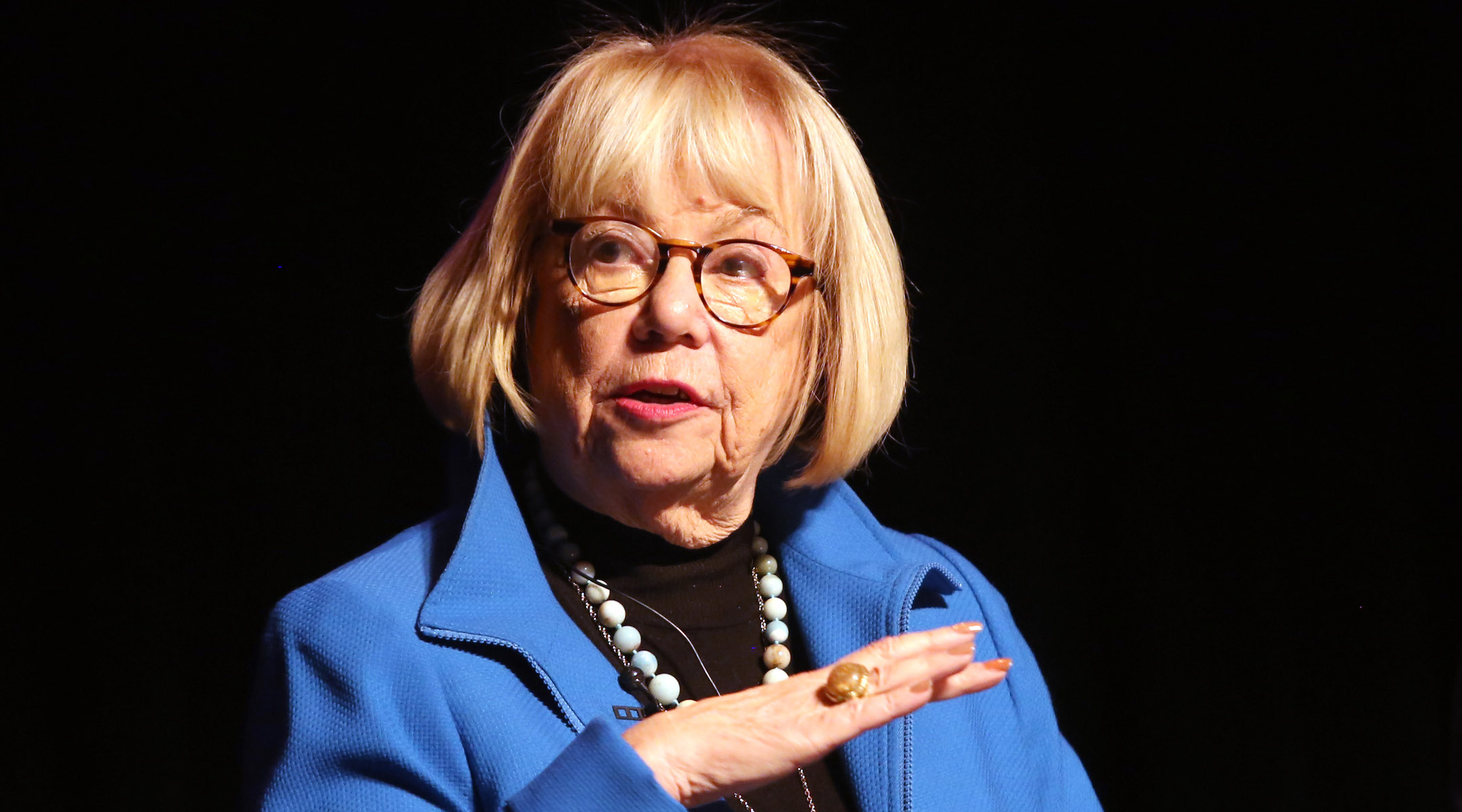 Ann Lewis, seen in October 2018, is a member of the new group Democratic Majority for Israel. (Krista Kennell/Patrick McMullan via Getty Images)
Advertisement

WASHINGTON (JTA) — “Democratic” and “pro-Israel” didn’t use to make news when coupled, but The New York Times thought it newsworthy this week when yet another group staking its claim to the territory emerged this week.

After The Times broke the story Monday about the establishment of the Democratic Majority for Israel, the group’s release hit the inboxes of other reporters.

“Our mission at Democratic Majority for Israel is to strengthen the pro-Israel tradition of the Democratic Party, fight for Democratic values and work within the progressive movement to advance policies that ensure a strong U.S.-Israel relationship,” Mark Mellman, its CEO, said in the release.

Boil those three points down to two — advance pro-Israel policies among Democrats, promote Democrats overall — and you have the credo for at least two other groups, the Jewish Democratic Council of America and J Street.

(J Street once nominally supported one or two Republicans per cycle, but at least since Trump’s election it has solely endorsed Democrats and advocated for policies identified with the party that have little or nothing to do with Israel, including opposing Trump’s immigration policies.)

So naturally that begs the question, why is there a need for a third group with essentially the same agenda? What distinguishes the Democratic Majority for Israel?

Mellman, a longtime Democratic pollster, made his case to JTA.

“A central thrust for us is making sure the Democratic Party remains pro-Israel,” he said in the face of increasing attacks on the Jewish state by some within the party.

He wondered: “Would they have supported the Iran [nuclear] deal, do they support two states, would they support Democrats who want to reinstate funding for UNRWA [the U.N. agency that administers relief to the Palestinians]?”

In fact, the site’s mission page says “We support, and will promote, a two-state solution with the Palestinians, achieved through direct bilateral negotiations.”

Mellman gave the impression to me that the group was still feeling its way on the issues, although he emphasized its stated support for the two-state outcome. The Iran deal, he said, is old news.

The Trump administration has halted UNRWA funding, pleasing Prime Minister Benjamin Netanyahu while spurring fears from Israeli security officials that the slash will destabilize the region. Israel’s government has rejoiced as Trump pulled the United States out of the Iran deal, and both governments have played down two states as an outcome.

An array of figures who have been closely allied with the American Israel Public Affairs Committee have signed on to the new group. Along with Mellman, they include former Michigan Gov. Jennifer Granholm, Democratic strategist Paul Begala, Clinton administration communications director Ann Lewis and former AIPAC staffer Todd Richman. But Mellman has said that Democratic Majority for Israel is independent of AIPAC.

AIPAC opposed the Iran deal and backs two states, but is not outspoken about the outcome. It also has backed funding for the Palestinians — but in the quietest way possible, issuing generic statements of support only when asked.

“We have a long-standing position in support of security cooperation between Israel and the Palestinian Authority,” AIPAC spokesman Marshall Wittmann told Jewish Insider last week after reports emerged that funding for the security cooperation, which Israel favors, is under threat.

That still leaves another question: Why don’t Mellman and Co. go all in for the Jewish Democratic Council of America, which hews more to AIPAC’s pro-Israel style than it does J Street’s?

An example: The Jewish Democratic Council backs anti-Israel boycott movement legislation under consideration in Congress, as does AIPAC; J Street, which opposes the boycott movement, also opposes the legislation, joining left-leaning groups that say the bill would impinge on speech freedoms. (The legislation broke a Senate filibuster this week and is scheduled for a vote before week’s end. Lara Friedman, the president of the Foundation for Middle East Peace, is tracking how senators are voting.)

Mellman did not proffer an opinion on the arguments that Democrats are having over the anti-Boycott, Divestment and Sanctions bill, instead saying that the role of his group would counter Republican attempts to turn differences over the bill into a wedge issue.

“There are no Democratic senators who are pro-BDS,” he said, contrasting a claim by the bill’s sponsor, Sen. Marco Rubio, R-Fla.

“We also advocate for a wide range of issues aligned with our values, which include but are not limited to support of Israel,” Soifer said.

Ron Klein, the former Florida congressman who is chairman of the Jewish Democratic Council, told JTA that his group also served as a bridge between the Jewish community and Democrats.

The difference can also be seen in the group’s names: One includes “Israel,” the other includes “Jewish.”

“We are focused on mobilizing and serving as the voice of Jewish Democrats and the Jewish electorate,” Soifer said. The difference in emphasis between “Jewish” and “pro-Israel” also is evident in who backs each group — the Jewish Democratic Council’s board is Jewish, while the Democratic Majority for Israel has plenty of non-Jews on its board.

Mellman agreed that the group’s emphasis is on Israel, while noting that its mission statement includes a pledge to fight for progressive values domestically.

Those differences are more than symbolic. Support for Israel among Democrats has diminished, particularly among younger progressives. The Jewish Democratic Council and J Street both have as their agenda co-opting and reaching out to Democrats who might be prone to alienation from Israel: the former by building coalitions on non-Israel related issues, J Street by creating a definition of “pro-Israel” that allowed for criticisms of its government policies.

Democratic Majority for Israel appears not to be averse to isolating and marginalizing the Israel-skeptical within the party, and Mellman said the group was ready to do battle. He did not mention names, but there have been notable tensions since the midterms with newly elected members who embrace the boycott Israel movement, Reps. Rashida Tlaib, D-Mich., and Ilhan Omar, D-Minn.

“Our first goal is to engage with” the critics “to educate and persuade and advocate and bring them to alignment with where most of the party has been,” Mellman said. “But at the end of the day, if there is an intellectual and political battle to be waged, we’re here to wage it.”