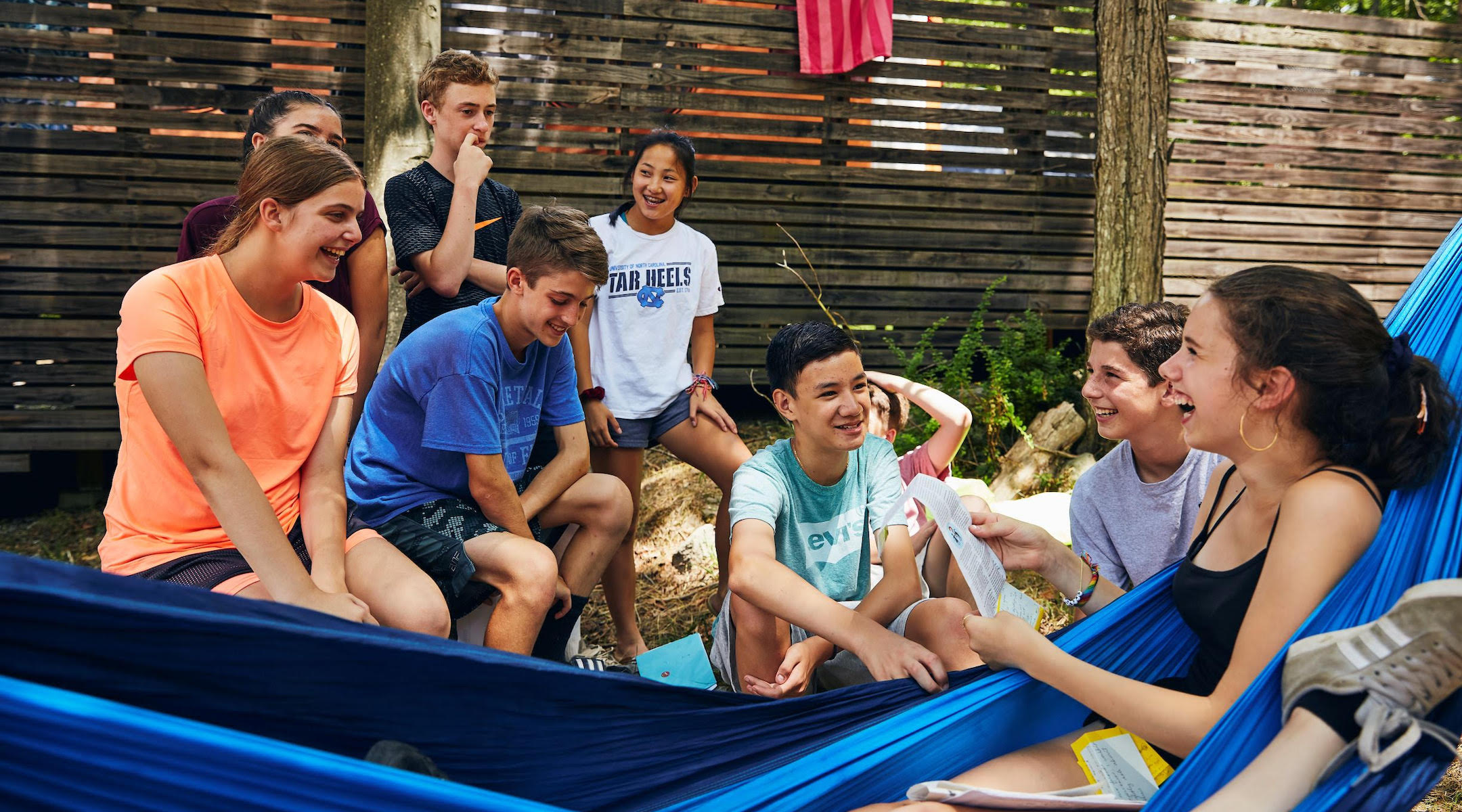 Camp Havaya has instituted policies to ensure coupling up is not a focus. (Courtesy of Camp Havaya)
Advertisement

(JTA) — Every summer, Jewish parents spend thousands of dollars to send their children to summer camp to learn about Judaism, make friends and be part of a community. They sometimes have another hope, too: that their child will meet his or her future spouse at camp.

It’s not an unattainable dream. Many articles have been written about couples who met at Jewish summer camp. At Canada’s Camp Moshava in Ontario, all four siblings in one family met their future spouse.

Camp Ramah, the Conservative movement’s network of 15 overnight and day camps, even has a blog dedicated to couples who met through camp. In 2015, Ramah partnered with JDate to create a dating service for alumni.

But in recent years — as the #MeToo movement and other events have led to increased awareness and discussion of gender norms and relationship dynamics — camps are examining the darker side of summer romance.

“I think that once you’re starting to make your camp’s goal — secretly or underlying — the continuity of Jewish children, then hookup culture is something you’re intrinsically accidentally doing,” said Sheira Director-Nowack, director of Camp Havaya in Pennsylvania’s Pocono Mountains.

Director-Nowack said that her camp, which is affiliated with the Reconstructionist movement, has shied away for years from a focus on romantic relationships. The staff has taken measures to prevent campers from feeling pressure to engage in relationships or hookups, such as by not putting on dances where kids are encouraged to partner up.

“That has dramatically changed certain things,” she said. “We don’t offer that as an activity.”

At Camp Ramah, too, the staff is told not to emphasize dating.

“Staff is openly talking about this idea of healthy relationships, of making sure that they are not suggesting to campers, or even among themselves, that camp needs to be a place where you are looking for your romantic partner or any type of partner,” said Amy Skopp Cooper, the camp network’s national associate director.

Last year, the Foundation for Jewish Camp cited the #MeToo movement in launching an initiative to prevent sexual harassment and abuse. As part of the Shmirah Initiative, the organization conducts staff training at Jewish camps about sex, gender and consent.

Marina Lewin, the foundation’s chief operating officer, said that developing relationships — friendships and romantic ones — is “part of the joy of Jewish camp.”

“The key is to make sure that it’s age appropriate and appropriate for living in a situation where you’re living in close quarters with others,” she said.

Camp Bob Waldorf in Los Angeles partners with the UCLA Rape Treatment Center to train staff about issues of consent, boundaries and harassment.

“We’re not trying to build a community that’s free of romance or exploration in that way,” director Zach Lasker said, “but what a golden opportunity if that is what happens at camp, to try our best to ensure that it’s done with respect and consent.”

At Camp Havaya, there are no specific rules dictating what types of activities are off-limits aside from sex.

“I always say to our staff, for some kids kissing is really, really involved, for another kid it’s not, so we’re not a huge fan of policymaking in that area,” Director-Nowack said. 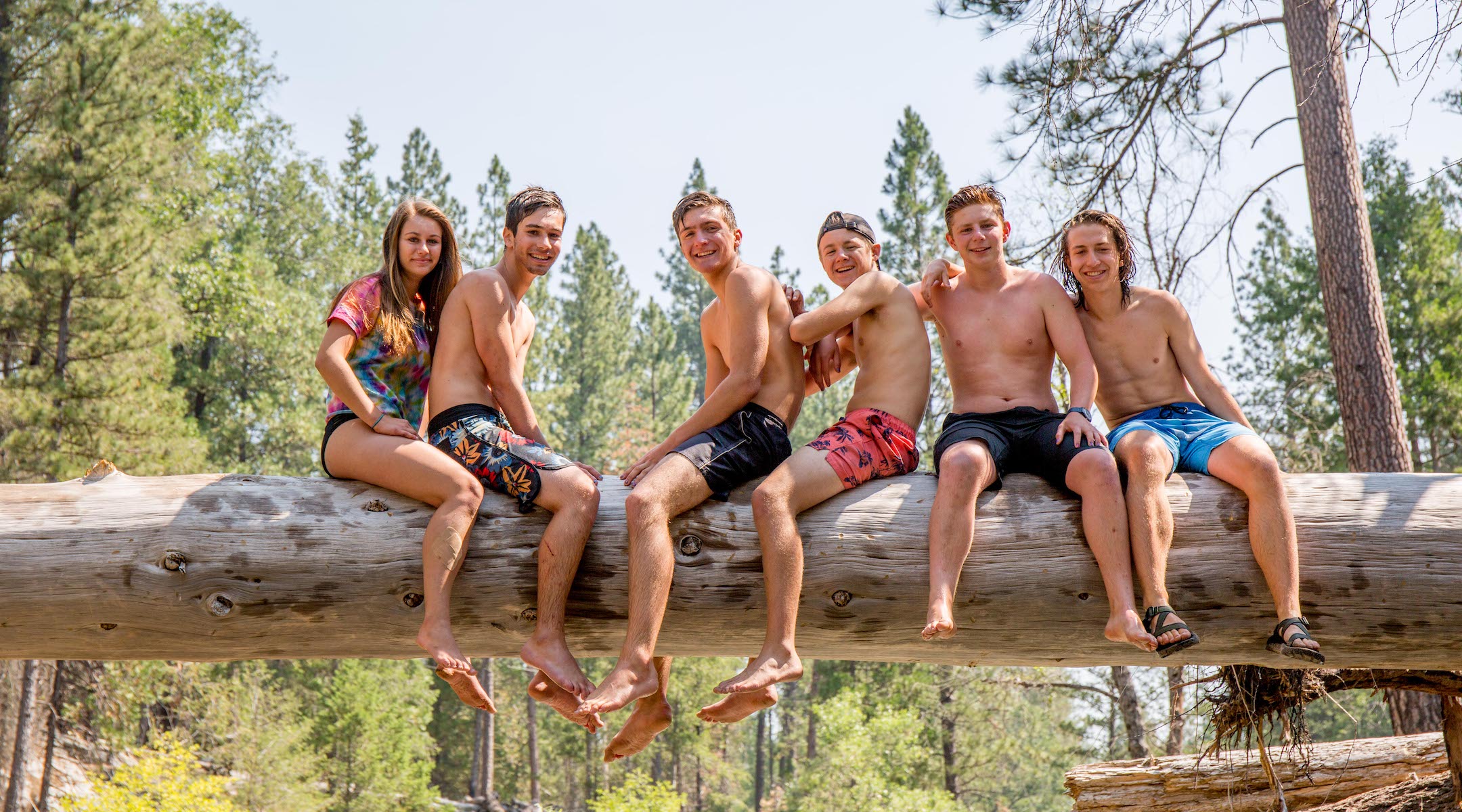 At Camp Tawonga couples have to abide by the “CHAKWACO” rule — an acronym that stands for “consensual hugging and kissing with all clothes on.” (Courtesy of Camp Tawonga)

At Camp Tawonga in Northern California, kids have to abide by the “CHAKWACO” rule — an acronym that stands for “consensual hugging and kissing with all clothes on.” Any physical contact has to occur in public areas and campers cannot go into bunks that aren’t their own.

Campers also attend sessions about consent and relationships tailored by age. The very youngest kids learn about consent in the framework of friendship. As the kids get older, the sessions also address relationships and dating. For the oldest campers, ages 16-17, the discussion may touch on sex.

Camp Tawonga’s executive director, Jamie Simon, says it is “more challenging” to address the issues with counselors, who are ages 18-24.

Counselors are allowed to date each other, but they are not allowed to talk about any relationships in front of campers.

In recent years, Simon has noticed that counselors come into training sessions with more knowledge about the topic.

“[A decade ago,] it was the first time they had ever heard about consent,” she said. “So it was a lot more revolutionary or cutting edge in that a lot of the sexual health curriculum in the high schools in the mid-2000s was about protection, was about using a condom, was about slut shaming and not doing that and why that was bad, but there wasn’t a lot about ‘You have to ask me before touching my body.’”

She wants to lessen societal pressure that campers may feel to form romantic connections.

“We try to take the pressure away from feeling they have to find a mate or a partner,” she said, “because they have that everyday. They’re inundated with that pressure.”