A Jewish family sold this Kandinsky painting to survive the Nazis. Amsterdam is keeping it anyway. 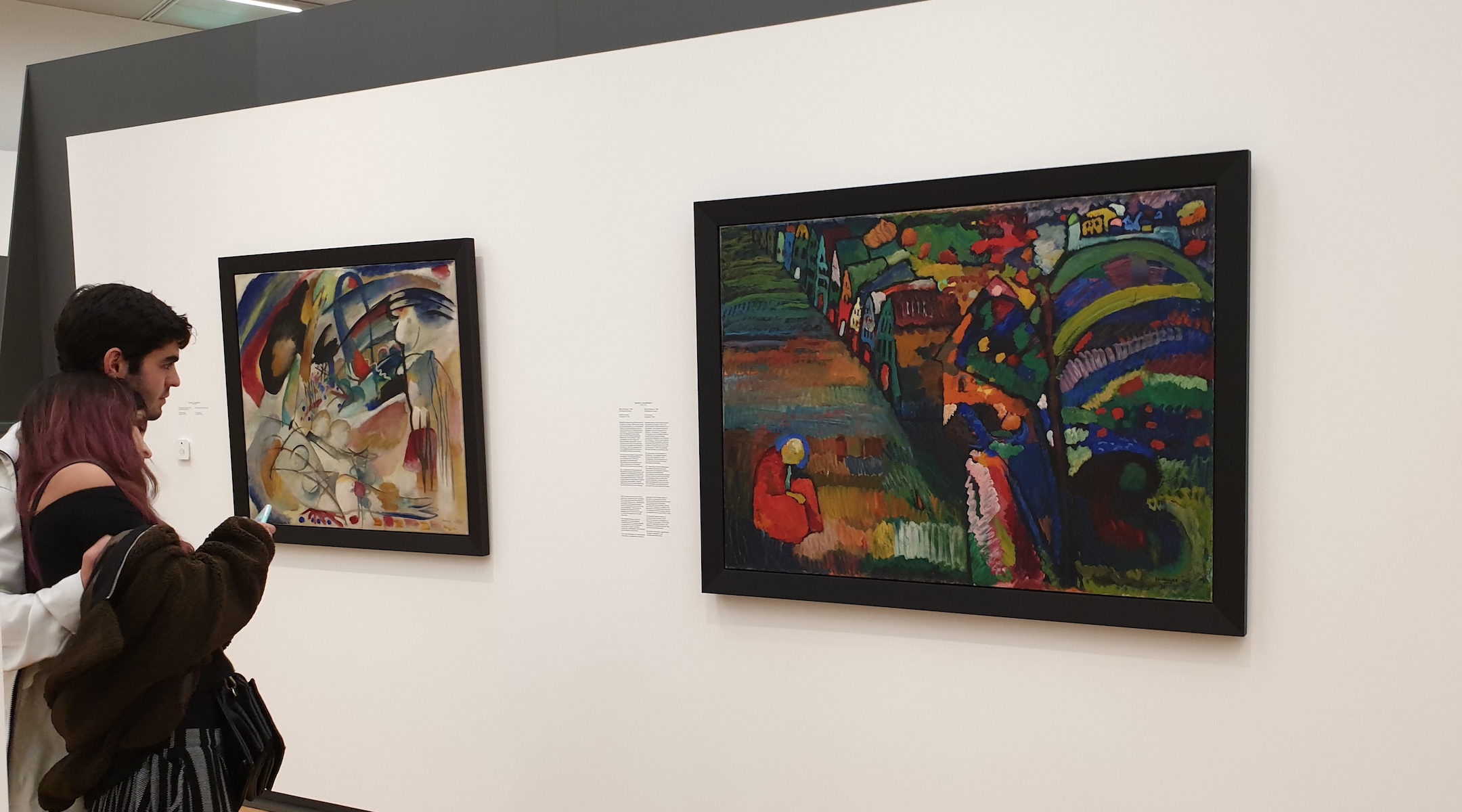 AMSTERDAM (JTA) — Following a protracted legal fight, the family of Irma Klein last year finally got Dutch restitution officials to recognize that the Nazi occupation forced Klein to sell her Wassily Kandinsky painting to this city’s municipal Stedelijk Museum for a fraction of its worth.

That was in 1940, several months into the Nazi occupation of the Netherlands, when Klein and her husband sold “Painting with Houses” for the modern-day equivalent of about $1,600 because they needed money to survive the Holocaust.

In its ruling last November, the Dutch Restitutions Committee accepted the family’s account.

But in an unusual and controversial departure from universal practices, the committee also determined  that the painting should not be returned to the family. It cited “public interest” in keeping the work on display at the Stedelijk, among other arguments.

It was the latest of several such refusals by the Netherlands based on what the Dutch Restitutions Committee introduced in 2013 as a “weighted interest” approach to looted art.

It has prompted outrage and concern by some experts, claimants and their representatives. They fear a precedent and see injustice by a country that used to be considered a model implementer of art restitution practices.

“These developments risk turning the Netherlands from a leader in art restitution to a pariah,” Anne Webber and Wesley Fisher wrote in a December op-ed in the Dutch daily NRC Hadelsblad. Webber is an art restitution expert and Fisher is the director of research for the Conference on Jewish Material Claims Against Germany. Their essay was titled “It’s a scandal that this stolen art hangs at the museum.”

It is “particularly disturbing,” Fisher told the Jewish Telegraphic Agency, that this is happening in the Netherlands, which is one of only five countries (the others being Germany, Austria, the United Kingdom and France) that set up committees to determine the provenance of suspect artworks. Such committees were a key requirement of the Washington Principles on Nazi-Confiscated Art – a landmark document agreed upon in 1998 by 44 countries. 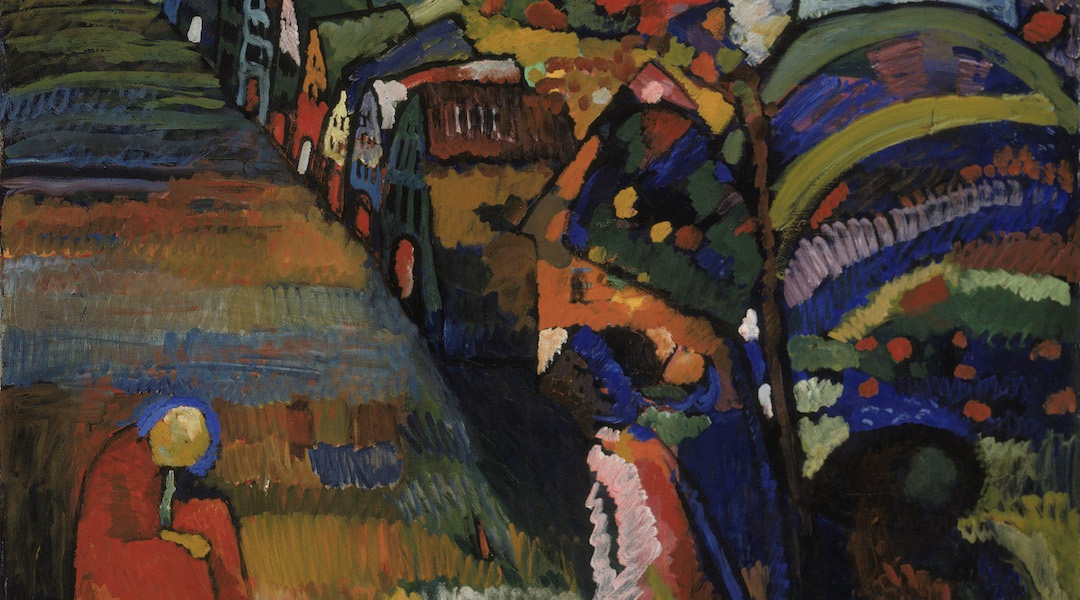 Irma Klein sold “Painting with Houses” by Wassily Kandinsky during the Holocaust. (Courtesy of the Stedelijk Museum in Amsterdam)

The principles are significant because they form the basis for handling countless claims that cannot be resolved in court because of statutes of limitations.

The document’s effect on restitution efforts remains inconclusive. More than 21 years after its publication, more than 100,000 paintings out of approximately 600,000 that the Nazis stole remain unreturned, according to Deutche Welle. Some of them hang in museums and private collections across Europe and beyond. Others are the subject of drawn-out legal fights.

Interviews with visitors to the Stedelijk suggest there is widespread support for the Dutch approach of resisting restitution to ensure public access to art.

“Art is meant to be viewed,” said Chloe van der Vlugt, a 19-year-old art student from Miami, Florida, who is in favor of keeping the disputed Kandinsky in the Stedelijk. The 1909 painting by the Russian artist features a mysterious figure crouched sorrowfully in a field opposite houses with radiant facades.

“A lot of pillage happened in art, whole countries have lost their treasures,” she added. “We need to move on.”

During two days of interviewing at random some 50 admirers of Kandinsky, JTA did not encounter a single person who favored returning the painting to the family after being informed of the dispute’s details. Those interviewed came from 10 countries, including Israel.

“I think it should stay here, Kandinsky belongs to all of humanity,” Liad Eini, 19, an Israeli art lover on leave from the army, said passionately during a visit – the second in two days — to the Stedelijk. The city-owned modern art museum, housed in a structure resembling a huge bathtub, is considered one of the world’s leading institutions of its kind.

Eini’s mother, Dorit, a teacher, hushed her son, reminding him to speak softly.

“Paintings reach museums at the end of sad stories and tragedies,” she said. “The Holocaust happens to be famous and evocative to us Jews, but it’s no exception to the various calamities behind many of these paintings all around us.”

All those interviewed said, however, that Klein’s family should be offered monetary compensation.

But the elaborate ruling of the Dutch Restitutions Committee, an advisory body whose establishment by the government in 2002 helped make Holland a pioneer in art restitution, offered no reference to compensation, according to Gert-Jan van den Bergh, the lawyer for the claimants, who do not wish to be named. His clients do not rule out a monetary settlement, he said.

(The value of the painting is not known, van den Bergh said, as it has never been appraised. But a Kandinsky painting similar in style to “Painting with Houses” and created the same year fetched $26 million at a London auction in 2017.) 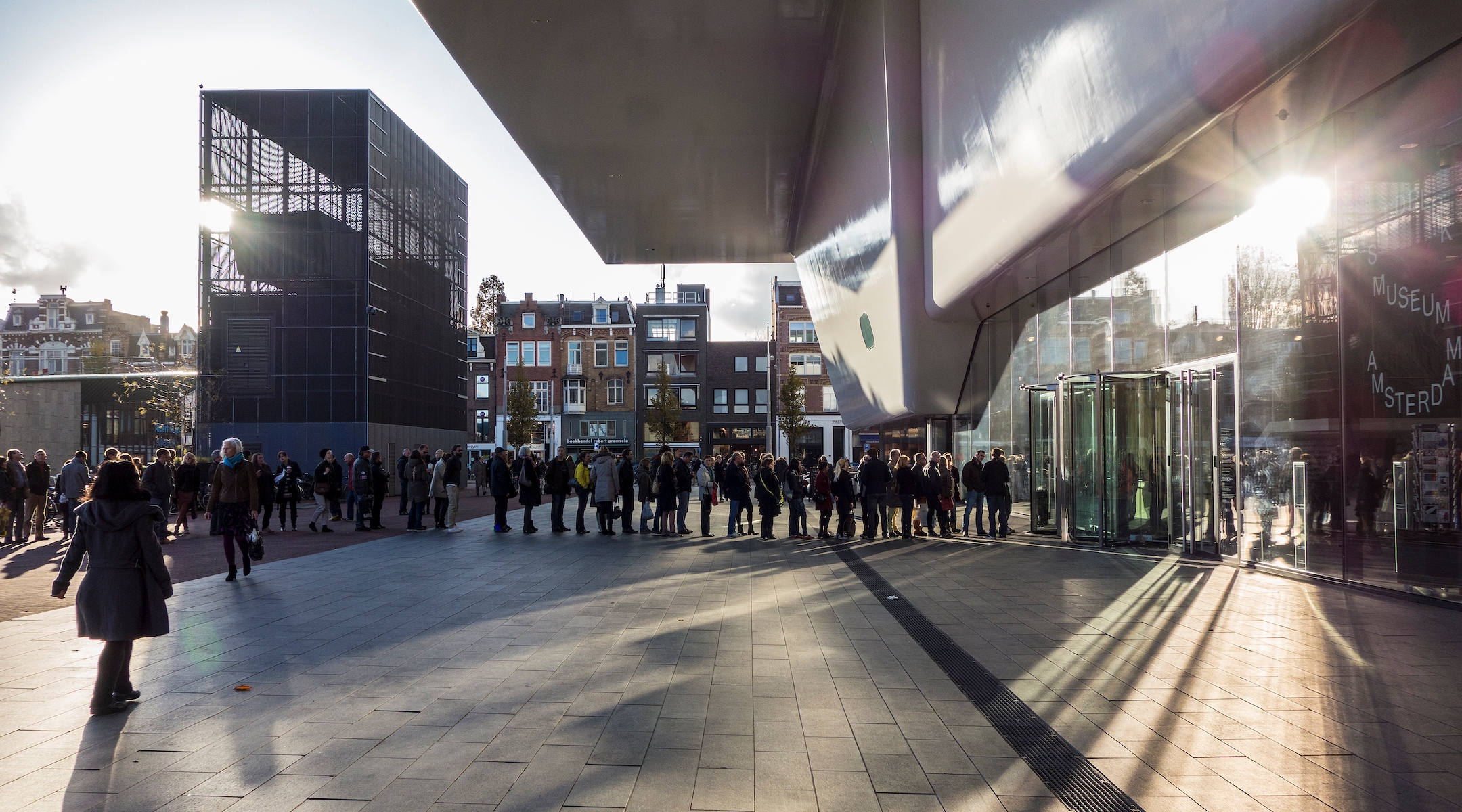 Fisher, the Claims Conference representative, said the committee’s failure to discuss a monetary settlement did not give the impression of good will.

“There are a good many ways in which a museum can agree that a painting belongs to the family but nonetheless retain the artwork,” he said. “It is not reasonable that the family in this case is not receiving anything.”

Queried about the possibility of compensation, Eric Idema, the general secretary of the Dutch Restitutions Committee, said he “cannot comment on this specific case.” Generally, he added, the committee has no mandate to offer compensation. Fisher, however, insisted that even a vague recommendation on a settlement would have put pressure on the Stedelijk Museum to offer the family some money.

Stedelijk has not made such an offer, van den Bergh said.

The museum, which is being sued by the family, has said it will keep to the letter of the binding recommendation of the Restitutions Committee, which said the museum is excused from any further action on Klein’s Kandinsky.

The committee also cited the failure of Klein, a Holocaust survivor who died in Amsterdam in 1983, to claim the painting, which the committee determined “had not been stolen or confiscated.” However, the committee did find that “the sale of the painting cannot, on the one hand, be considered in isolation from the Nazi regime,” but also owed to the dire financial straits faced by Klein and her husband in 1940.

It also said the Amsterdam municipality “bought the painting in good faith.”

Unusually, the committee then cited the painting’s prominent placement to explain its decision not to return it, saying in a statement that the artwork “has a significant place in the Stedelijk Museum’s collection.”

“The Committee concluded on the grounds of these interests that the city council is not obliged to restitute the painting,” the statement said.

The argument for keeping art accessible in resisting restitution claims is not new in court cases, according to Orna Artal, a co-founder of Ramos & Artal, a dispute resolution firm in New York and an expert on provenance and restitution of Nazi-looted art.

However, such reasoning is unusual to be invoked by a state-created restitution committee, Artal and Marika Keblusek, a lecturer from the University of Leiden who specializes in the study of looted art, confirmed.

According to the lawyer van den Bergh, it’s happening in the Netherlands in reaction to a massive restitution claim in 2006: Some 202 paintings were yanked from Dutch museums in favor of the Goudstikker family, whose claim was affirmed by the Restitutions Committee.

The first use of the “weighted interest” approach came seven years later, when the committee recognized that paintings belonging to the late Jewish art collector Richard Semmel were looted, but agreed to return only one. Four paintings that Semmel lost because of the Nazis were kept on display, citing the museums’ interest in keeping them accessible to the public.

It was a watershed moment for the Dutch Restitutions Committee, which has made about 170 recommendations, most of them binding rulings, pertaining to some 1,500 items. (Among the binding rulings, 84 were fully or partially in the applicants’ favor and 56 were to reject the claim in full.)

The introduction of the weighted interest approach means that “ownership of looted art outweighed rightful ownership,” Webber and Fisher wrote in their op-ed. And while the committee has ruled since 2013 in favor of returning some looted art, they added that weighted interest in principle means that “[n]o Dutch museum would ever need to return a single work of art ever again.”