Should we have laughed at this joke about New York Jews? 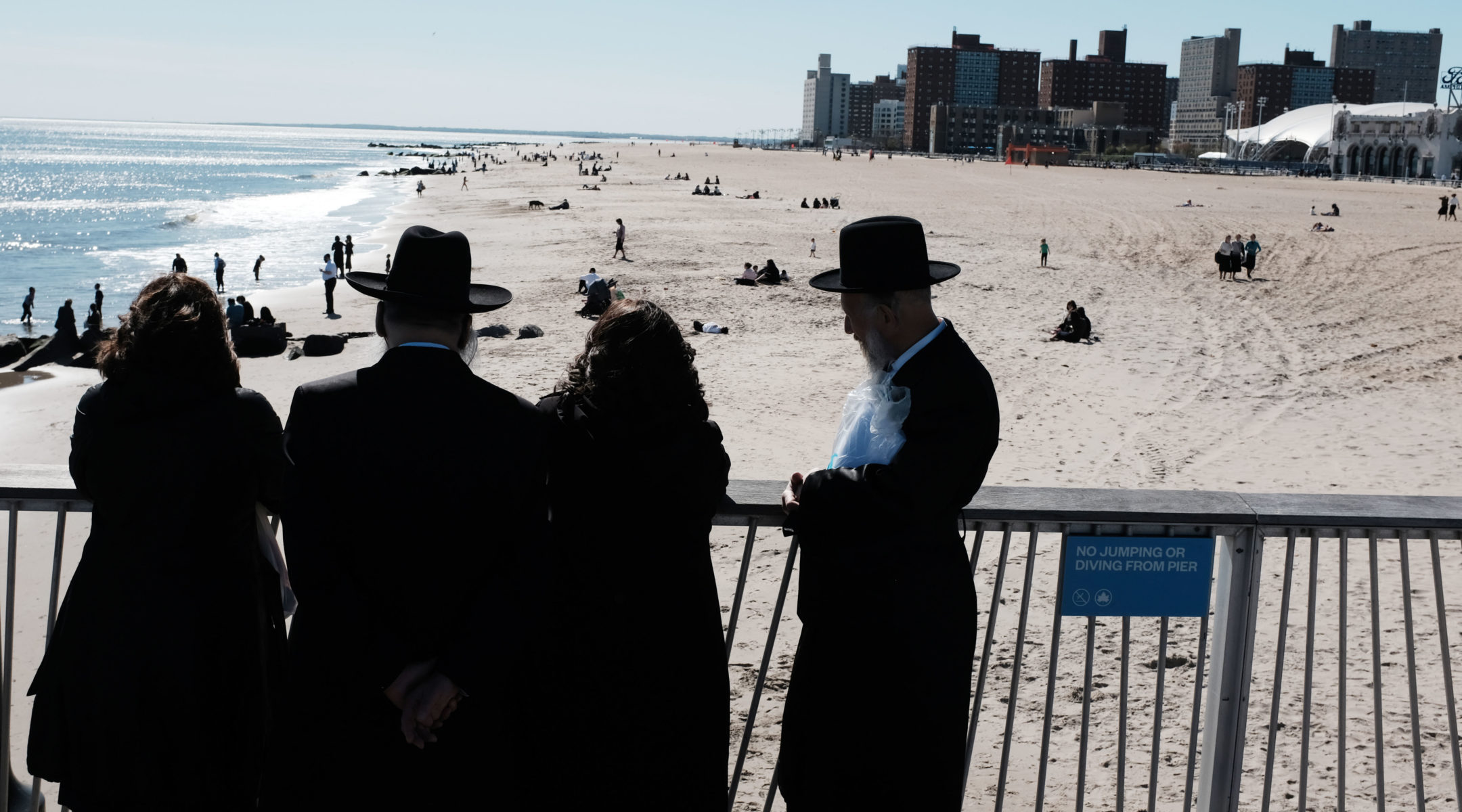 CLEVELAND (JTA) — My husband and I don’t go out often, but somehow we found ourselves on a date at a super small, local comedy event. My husband wears a kippah and woolen tzitzit. I wear a wig, my skirts reach below my knees, and my neckline and sleeves conform to the conventional laws of modesty. Let’s just say we look pretty Jewish.

The headliner spotted us in the crowd, took one look and said something surprising.

“Look at that couple over there. Y’all know they have their life together,” he said. “Like they’ve got a 401 (k), they know what they’re doing tomorrow night. They’ve got it together.”

It was cute, especially since we often joke that we have no idea what we’re doing with our lives. But when the comic came back around, he looked at my husband and said, “Oh sir, I just noticed the skullcap — are you by chance a member of the tribe?”

My husband nodded. The headliner looked into the audience and said, “Nah y’all, they’re all right — these are Ohio Jews, not New York Jews. They’re not in real estate or whatever.”

We all laughed. He then went on to tell us that he had lived in a predominantly Jewish area, adding it was the safest he ever felt in his life because so many kids and families were always on the street.

Here’s how he finished the bit: “One thing the Jews know how to do right is dress their sons. Those boys look dope with those hats and suits, and they’ll be like 20 years old or something.”

Following his set, the comic walked over to see if we were fine. We were. We really were. It was over and we went home. I fell asleep on the car ride back. (It was 9:15, after all.)

A few days later I remembered the incident and asked my husband if he thought it was anti-Semitic. We both agreed that it didn’t bother us. We had lived in New York and understood there are differences between Jewish communities that must be obvious to outside groups: Anecdotally, Jews outside of New York are less likely to be engaged in real estate. Visibly Jewish people in Ohio are generally less politically active and many have less accumulated wealth than Jews in New York.

Comedians use stereotypes to get responses. The audience laughed, and I doubt anyone considered whether the exchange was anti-Semitic.

I’m still thinking about it, though. Because while Jewish communities might internally call out differences among ourselves, it can sometimes border on bigotry when other communities join in.

When I swap the word “Jews” with any other group, the comedian’s statement sounds pretty bad. But when I consider the fact that Jewish communities in different areas have marked differences, it’s difficult for me to say for certain that the statement was hate-filled — though it’s definitely on a fence somewhere.

At the most basic level, it’s obvious that any statement that broadly paints a group of people as “bad” is, at the very least, prejudicial. The added layer of mentioning the real estate industry seems especially cringe-worthy.

But I understand what he meant. I grew up Orthodox and outside of New York. I knew from a young age that we Pittsburgh Jews were not like New York Jews. The religious Jews in New York were super Jewish. They were intense about a dozen things I’d never heard of — which kinds of kosher foods were not kosher enough and the exact measurements of long skirts, for example. Many of them had never met a Jewish family unlike their own. They couldn’t imagine the encounters I had while walking on the street, and I could never understand why they were always running somewhere.

Then I moved to New York and so much became clear. The lifestyle is expensive, the needs are great and the opportunities can be overwhelming. There are millions of people! Running, competing, creating standards — these are the ways individuals and communities balance it all.

But beyond the individual differences are institutional ones. New York also is the home of massive Jewish institutions that carry significant political and social clout. Orthodox Jews in New York are very visible in a way that Ohio Jews simply are not: We don’t have elected officials with payot. There are no minyanim at City Hall. And we have fewer visibly Jewish folks on the cover of local newspapers, for better or for worse.

Not two months ago, I wrote about the way that Orthodox Jewish magazines covered rent control policy and the connections they made — to the world — between “Orthodox Jews” and “the real estate industry.” No such piece would be written in Ohio, let alone by an Orthodox Jewish media outlet. If a non-Jew were to point that out, would that be anti-Semitic?

Here in Ohio, where many Jews live in some of the most segregated regions in the country, most visibly Jewish folks live clustered in suburban areas. If someone in a New York City comedy club were to look at the kippah-wearing guy in the audience and note, “nah, these Jews aren’t awful — these are New York Jews, they’re one of us, not like those Ohio Jews who live out in the suburbs,” would that be anti-Semitic? Or is it simply hometown pride?

Some have told me that the statement was anti-Semitic, or at the very least it had anti-Semitic undertones.

That might be true. But let’s say it’s inappropriate for an outsider to joke about Jewish communities and their practices. Are non-Jews allowed to highlight practices that might appear to be sketchy or illegal in more serious contexts?

Jews within the Orthodox community are strongly discouraged from criticizing our own. So who is allowed to comment on the practices of the visible Jew? Who is allowed to highlight our similarities and differences across geographic, class-based and gender lines? How do we ensure our community stays in check?

Perhaps we need folks from the outside to remind us that we don’t live in an insular world of our own, even when we attempt to maintain very closed communities. The basement comedian might not be the right person to call us out, but if not him, then who is?