Violence against Jews is reprehensible. But isolated attacks distract us from the bigger threats. 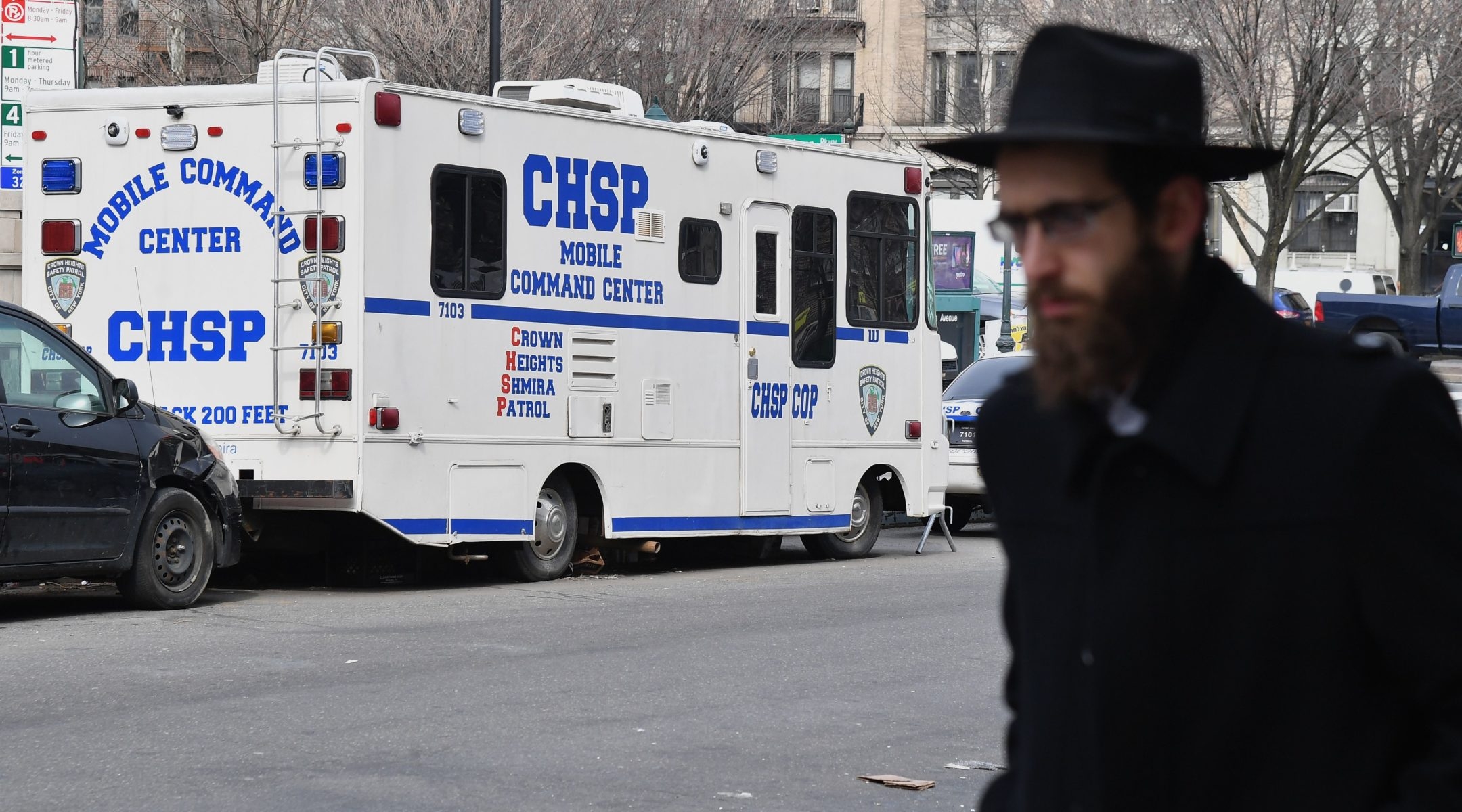 NEW YORK (JTA) — Although it hasn’t yet been determined whether the brutal stabbing of a young father on his way to morning prayers in Ramapo, New York, was a an anti-Jewish hate crime, it was described by the local police chief as a “vicious, violent attack” and would certainly fit the ugly pattern of violence against identifiably Jewish Jews over recent months.

Like the 64-year-old rabbi who was hit in the head with a brick while on his daily morning walk in Crown Heights. He was hospitalized with “a broken nose, missing teeth, stitches on his head and lacerations on his body.”

In another case, a pair of men knocked down a Hasidic man walking peacefully along another Crown Heights street and, along with a third assailant, punched the stunned victim mercilessly.

In Borough Park, surveillance video shows a young man on a bicycle riding up from behind and knocking off the victim’s traditional fur hat.

In another recorded attack, a Jewish boy of 12 or 13 is surrounded and taunted by much older teens. Incredibly, as they menace their target, the boy just continues walking at the same measured pace. One of the group members violently swings at the boy’s hat, which flies off.

Another man is shown throwing a brick through the window of a Hasidic girls’ school in Crown Heights. That same night in Borough Park, at least three identifiably Orthodox men were punched repeatedly by assailants.

A woman and her children were attacked on Rosh Hashanah; the assailant ripped off her wig. Many other attacks were endured where no camera caught them.

To watch the surveillance videos that exist is to be painfully transported to another place and time. But the place on the screen isn’t a Polish town and the time isn’t the 1930s. The place is usually Brooklyn and the time is now.

What strikes a viewer of the videos is the sheer ferociousness of the attackers. Their victims don’t provoke them in any way, but they attack with sheer brutality, striking out with maximum force and gusto.

Some, understandably, see in such crimes the most serious example of raw anti-Semitism in our days.

Anti-Semitic crimes have undergone a dramatic increase in the five boroughs this year, with 163 incidents reported though September, compared to 108 last year during the same time period, according to the New York City Police Department. Anti-Semitic incidents comprise 52 percent of reported hate crimes in New York City.

There is no doubt that many of the crimes are vicious, and no doubt that law enforcement authorities need to give greater protection to residents of Jewish neighborhoods. Increased real-time surveillance and undercover operations are undeniably in order.

But the ugliness of the attacks should not distract us Jews from a greater threat to our well-being and lives.

Because the hoodlums attacking innocent Jews in Brooklyn neighborhoods are, all said, just that: hoodlums.

They aren’t organized in any way, at least not beyond emulating one another for bragging rights. They are just punks — and cowards. What great courage it takes to attack an unarmed and unsuspecting person from behind.

To be sure, no effort should be spared to catch and punish them.

Or to educate them. The ADL is spending $250,000 on No Place for Hate in Brooklyn, which will allow the program to be implemented in up to 40 schools across the borough this academic year, up from 22 at present.

Such efforts are worthwhile, although one wonders whether the sort of young people committing violent crimes are terribly attentive students.

Laudable human energy has been invested, too, in fostering good will among different communities living side by side in Brooklyn neighborhoods.

But the greater threat to Jews — and not just Orthodox ones — is less visible and thus even more dangerous than street brutes. It is organized, ideology-driven Jew-hatred.

Anti-Semitic ideologies come in a variety of noxious flavors. There is radical Islamist animus and the loathsome demagoguery of Louis Farrakhan, who compares Jews to termites. But when it comes to bombing or shooting up shuls or Jewish community centers, the predominant poison, it can’t be denied, is white supremacy.

All anti-Semitism is mindless and evil. And all of it needs to be confronted and countered in every possible way. But we must not allow images of muggings, no matter how horrific and heart-wrenching, to obscure the more malignant machinations humming away day and night, largely undetectable, across cyberspace.

In the end, while no effort should be spared in fostering good relations among neighbors and in fighting hardened haters, we Jews do well to beseech the Creator to protect us from all evil.