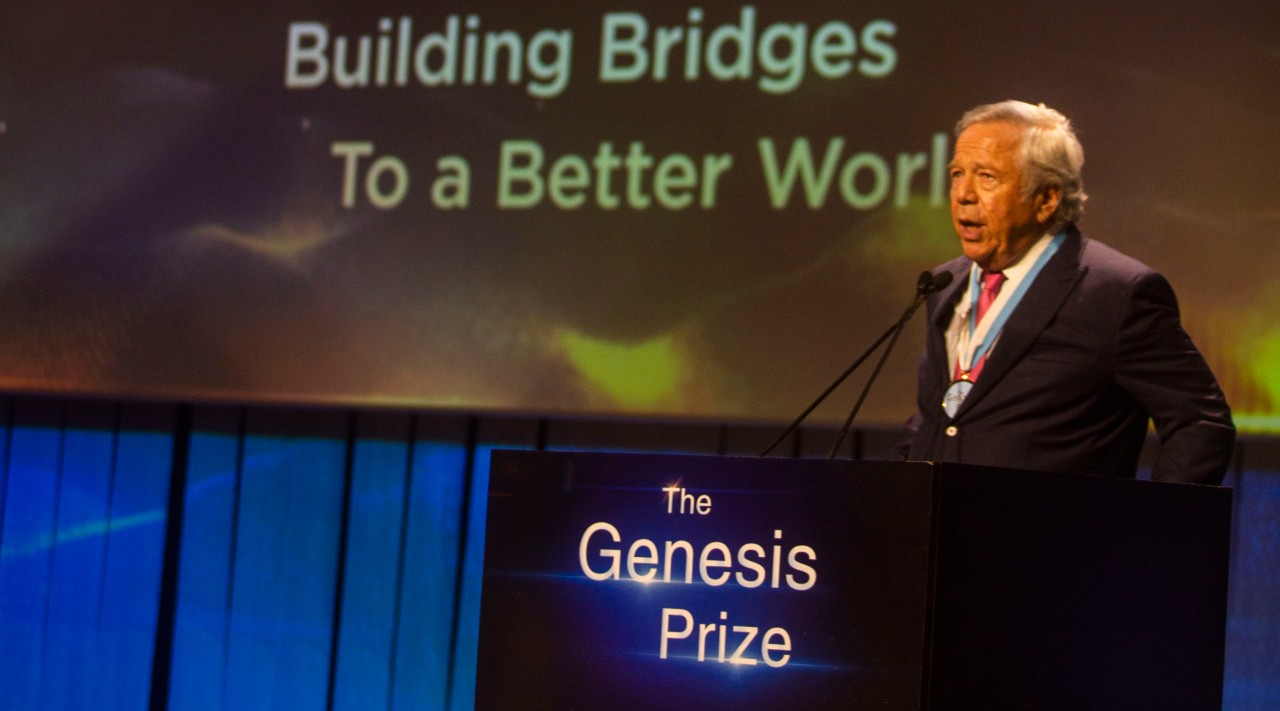 TEL AVIV – The Genesis Prize Foundation and 2019 Genesis Prize laureate Robert Kraft have launched a competition that will award grants to Israeli organizations on the front lines of the war against anti-Semitism and efforts to delegitimize Israel.

Kraft, the Jewish businessman, philanthropist and NFL team owner who received this year’s $1 million Genesis Prize, previously had announced he would use the prize money to support efforts to combat anti-Semitism.

This week, the Genesis Prize Foundation announced details of how the money will be distributed: a grants competition called “Speak Out for Israel.”

Nonprofit Israeli organizations that educate Jews or non-Jews around the world about Israel in a positive and engaging way will be eligible. The minimum grant amount awarded will be $50,000 and grant terms may last up to two years.

The goal behind the “Speak Out for Israel” competition is to shift focus from organizations working against the Boycott, Divestment and Sanctions, or BDS, movement to those promoting a positive image of Israel.

“We see our role as being a catalyst in helping to bring about the change we want to see in the world,” said Steven Rakitt, president of the Genesis Prize Foundation. “We bring together philanthropists to respond to the most critical issues in our community. Given the sharp rise in anti-Israel sentiment around the world, there is no question that we feel a responsibility to focus on combating this scourge.”

To be considered for this year’s competition, organizations should be working in a unique and innovative way to show the real face of Israel. Too often that face is overshadowed by anti-Israel propaganda, said Sana Britavsky, Genesis Prize Foundation’s deputy CEO in Israel.

“We want to enlarge the conversation about Israel beyond the security situation, not only in Israel but around us as well,” Britavsky said. Organizations in the competition should be presenting “a realistic, truthful, positive view of Israel. We want to give voice to Israel and to Israelis who are working hard and making the world better.”

Upon receiving the Genesis Prize in June in Jerusalem, Kraft not only committed to forgoing the $1 million monetary award and directing it toward projects fighting global anti-Semitism and efforts to delegitimize Israel, but he also announced a $20 million personal donation to seed the creation of the Foundation to Combat Anti-Semitism. Philanthropist Roman Abramovich later added $5 million, and an anonymous donor committed an additional $5 million.

In October, the foundation announced that it had hired as its executive director Rachel Fish, who formerly headed the Schusterman Center for Israel Studies at Brandeis University.

The grants competition to distribute the $1 million in prize money is being run by the Genesis Prize Foundation and administered by Matan-United Way, an Israeli organization that creates corporate-community partnerships and effective community investments.

“The main idea is to empower Israelis to speak out firsthand on behalf of their own country, reaching Jews and non-Jews in all corners of the world and in all walks of life,” said Ahuva Yanai, director of Matan-United Way. “We want to leave no opportunity for BDS activists and anti-Semites to focus media spotlight on their propaganda and poison minds with hatred and false stereotypes that will affect lives for generations to come.”

Since the awarding of the first Genesis Prize in 2014, each laureate has directed his or her $1 million award to a cause about which they are passionate, often with a dedicated Israel component. Over the past six years, Genesis Prize Foundation grants have supported organizations that promote gender equality, Jewish engagement of interfaith families, social entrepreneurship based on Jewish values, and the rights of people with disabilities, women and refugees. Globally, the foundation has distributed some 130 grants in 16 countries, and more than 60 Israeli nonprofit organizations have received grants. 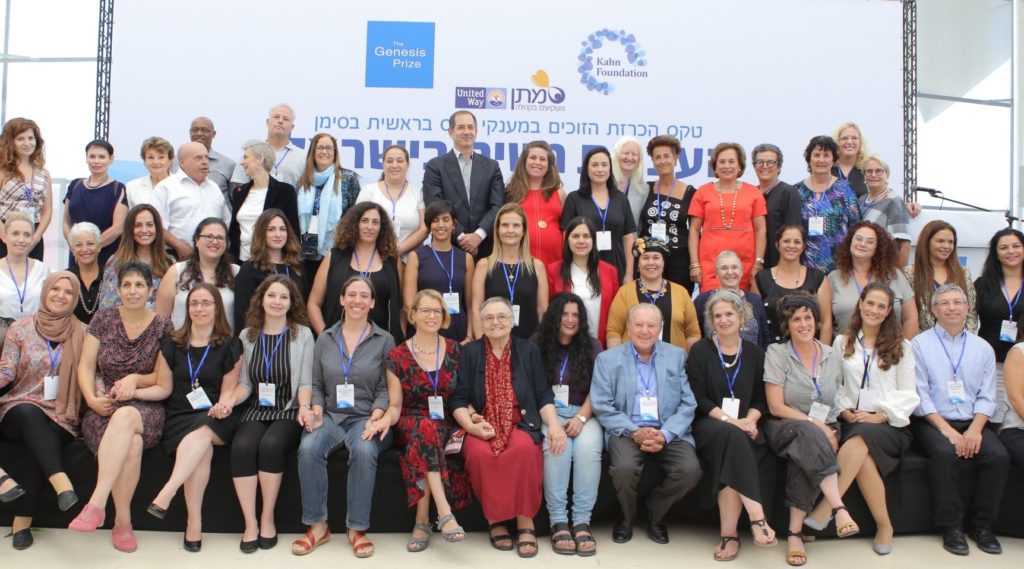 The administrators of the current grants competition will be looking for organizations that are innovative both in their messaging and their methods to reach the largest possible number of people.

“We want to see models that are really working, especially from young people who know how to attract positive attention,” Britavsky said.

The winning organizations will be asked to broaden their work in order to engage a wider demographic. They’ll also be able to tap the expertise and networks of the Genesis Prize Foundation and Matan.

“This isn’t just a one-time opportunity,” Yanai said. “We try to give them more: an opportunity to take part in Matan’s track for excellence in running organizations. Perhaps they will receive a volunteer to help them. We’re connected to businesses, foundations and individuals — all of whom want to invest wisely and effectively in the Israeli community.”

To learn more about the competition, visit http://www.matanisrael.org.il/?p=4928.