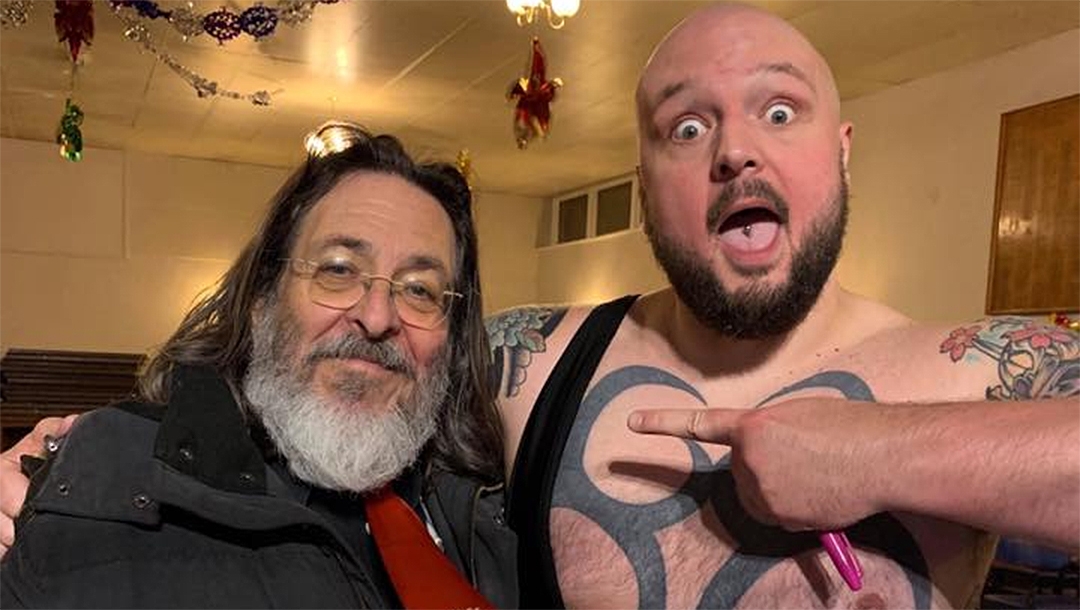 (JTA) — Neil Kraft’s smile was one of his most effective tools as a rabbi, people who knew him said.

Kraft’s warmth was also the reason that many people from very different faiths and backgrounds were pained by his death at the age of 69 from the coronavirus in London, where he had for 17 years led the Edgware and Hendon Reform synagogue. He was just weeks from his scheduled retirement date when he died March 27.

“Just the nicest man who we all adored and was such a positive influence on my eldest son,” one congregant, Spencer Millman, wrote on Facebook about his late rabbi.

Kraft, who was born and raised in Boston, Massachusetts, was “hugely popular” in London, the Jewish Chronicle wrote — and not just among his congregants or even the Jewish community.

An avid wrestling fan, he was eulogized by such icons of the local sport scene as Crusher Curtis, who wrote about Kraft on Facebook: “This guy was one of the happiest guys you could’ve ever met. It was always a highlight of mine to have a catch up with him and his son Oscar after every show. I never saw the Rabbi not smiling.” Curtis ended his post with a Hebrew-language condolence greeting.

Kraft officiated at the wedding in the United States of the well-known Jewish-American wrestler Darren “Tex” Benedict, the British Wrestlers Reunion group recalled in its Facebook post about Kraft, who had been living in the United Kingdom for decades and was due to retire in several weeks.

On March 21, he appeared unwell after conducting part of the Shabbat service via a livestream, the Chronicle reported. He was later admitted to the hospital where he was put on a ventilator in intensive care but died Friday.

“I don’t really know what to say other than my family and I are completely devastated. Not only did he mean a lot to us. He also meant a lot to the wider Jewish community,” his son Elie wrote.

Kraft, who had two sons with his wife Susannah, is scheduled to be buried Tuesday in a small funeral with only a handful of close relatives.