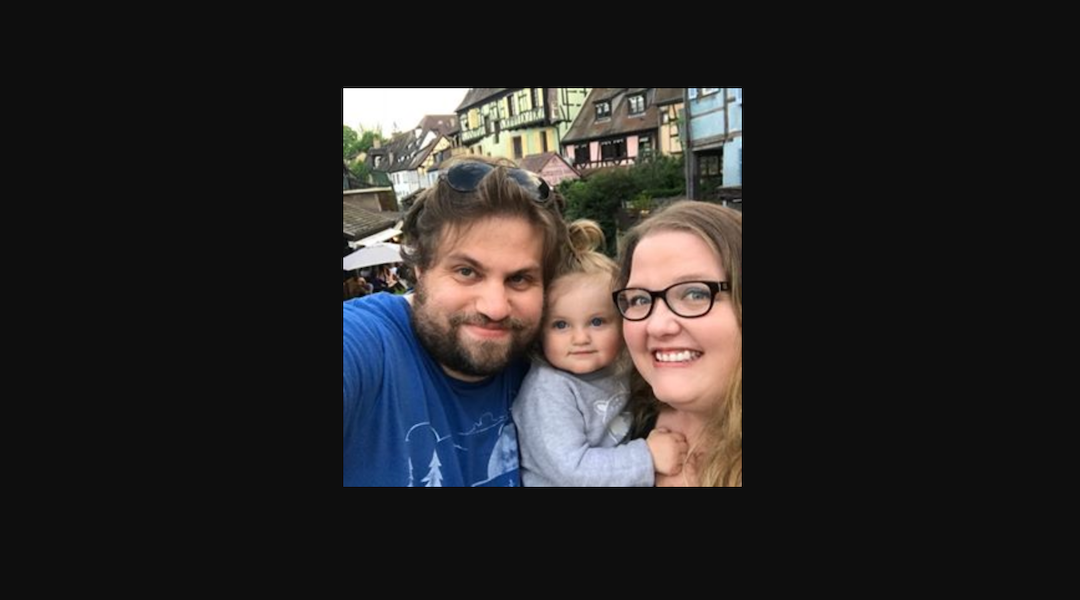 (JTA) — Shoshana Davis’ most recent family trip was to the White Mountains of New Hampshire, where she snapped a picture of her 3-year-old daughter Sienna inside an ice castle that called to mind the movie “Frozen.”

Davis shared that picture on her family travel Instagram account, @WanderlustonaShoestring just three weeks before the 35-year-old nonprofit professional died of complications from the coronavirus.

Davis — who had a heart condition that required her to have a pacemaker inserted when she was 24, an experience she detailed in a 2012 essay for WebMD — died March 23 and was buried Thursday in Hackensack, near her Park Ridge, New Jersey, home.

“Shoshana was a gentle, imaginative, compassionate soul, and she is already deeply missed by all those who loved her,” wrote Kate Kaput, the friend and former coworker who submitted Davis’ name to JTA’s Bonds of Life project.

Kaput worked with Davis for a time at the Union for Reform Judaism, where Davis worked in digital production for three years. Kaput described sharing a meal with Davis at a Cheesecake Factory near the organization’s 2017 convention in Boston — then letting off steam by racing back in wintry weather.

“We didn’t even have to go outside to get back to the convention center, as the two locations were connected by an indoor pathway — but we were so desperate for some fresh air that the three of us braved the cold temps together, walking exactly one block outdoors without jackets,” Kaput wrote. “And then, flushed and laughing, we rushed back indoors and returned to work — rejuvenated and ready to start anew after a short but much-needed break. It will continue to be one of my favorite memories of my friendship her.”

At the time of her death, Davis was a business development manager at the Bergen Performing Arts Center, according to her LinkedIn profile. She had previously worked at a Jewish community center in New Jersey as well as at CBS News. After growing up in Arizona, she graduated from George Washington University in Washington, D.C., in 2007.

Kaput is among the organizers of an online campaign to raise funds for Sienna and Davis’ husband Adam that has already raised nearly $25,000.