Aron Halpern, 92, survived the Holocaust and thrived in the United States 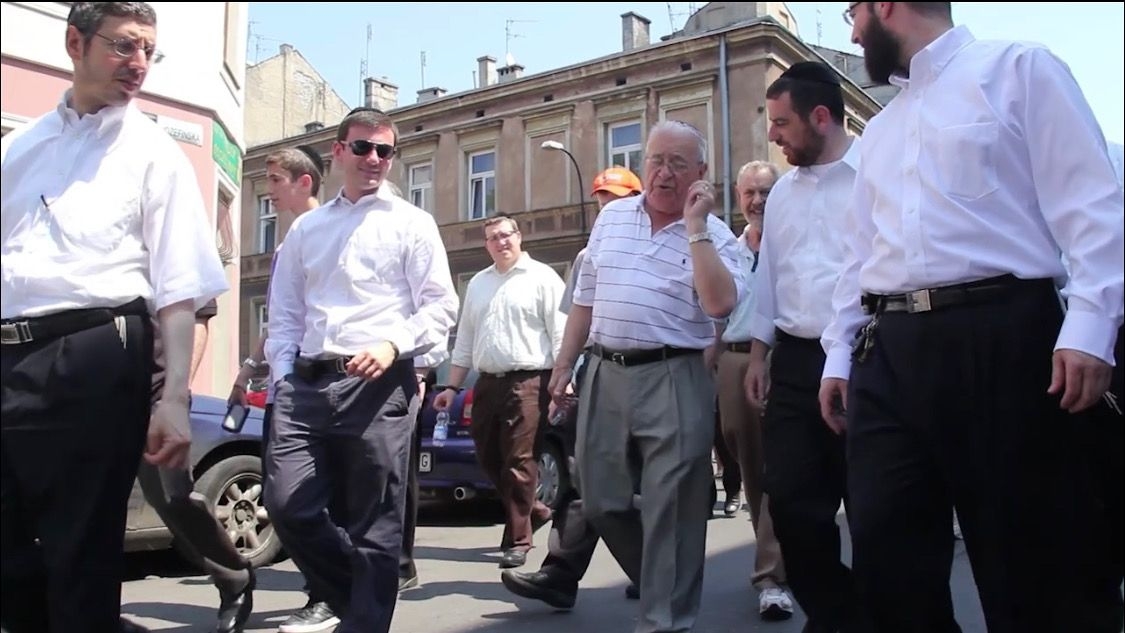 Aron Halpern, third from right, during a family trip to Krakow, Poland, where he grew up. (Courtesy Jeffrey Baxt)
Advertisement

(JTA) — Aron Halpern barely survived the Holocaust before making his way to the United States, where he built a thriving business, a beloved synagogue and a loving family.

Halpern died March 30 of complications from the coronavirus at age 92. He was buried in Florida, where he had lived for many years and been a founding member of the Young Israel of Hollywood Beach.

“He was a simple man who loved his temple, his family,” his grandson, Jeffrey Baxt, wrote when he submitted his grandfather’s name to Bonds of Life. “He could not write or make a fist due to the harm inflicted by the Nazis, but [achieved the true American dream. … Our family is so lucky to have had him.”

Halpern was born Sept. 2, 1927, in Krakow, Poland. His father was a Talmud scholar and his mother ran a store in the heart of Krakow’s bustling and historic Jewish neighborhood, according to a family history posted online. They were murdered in 1941, and the Nazis sent Halpern and his older brother Jacob to a series of concentration camps.

In a filmed interview, his brother recounted a remarkable story about finding Aron after the war. After the concentration camps were liberated, Jacob ended up in a camp operated by the British Army’s Palestine regiment, where he encountered a volunteer officer who knew his family in Krakow and recognized him. 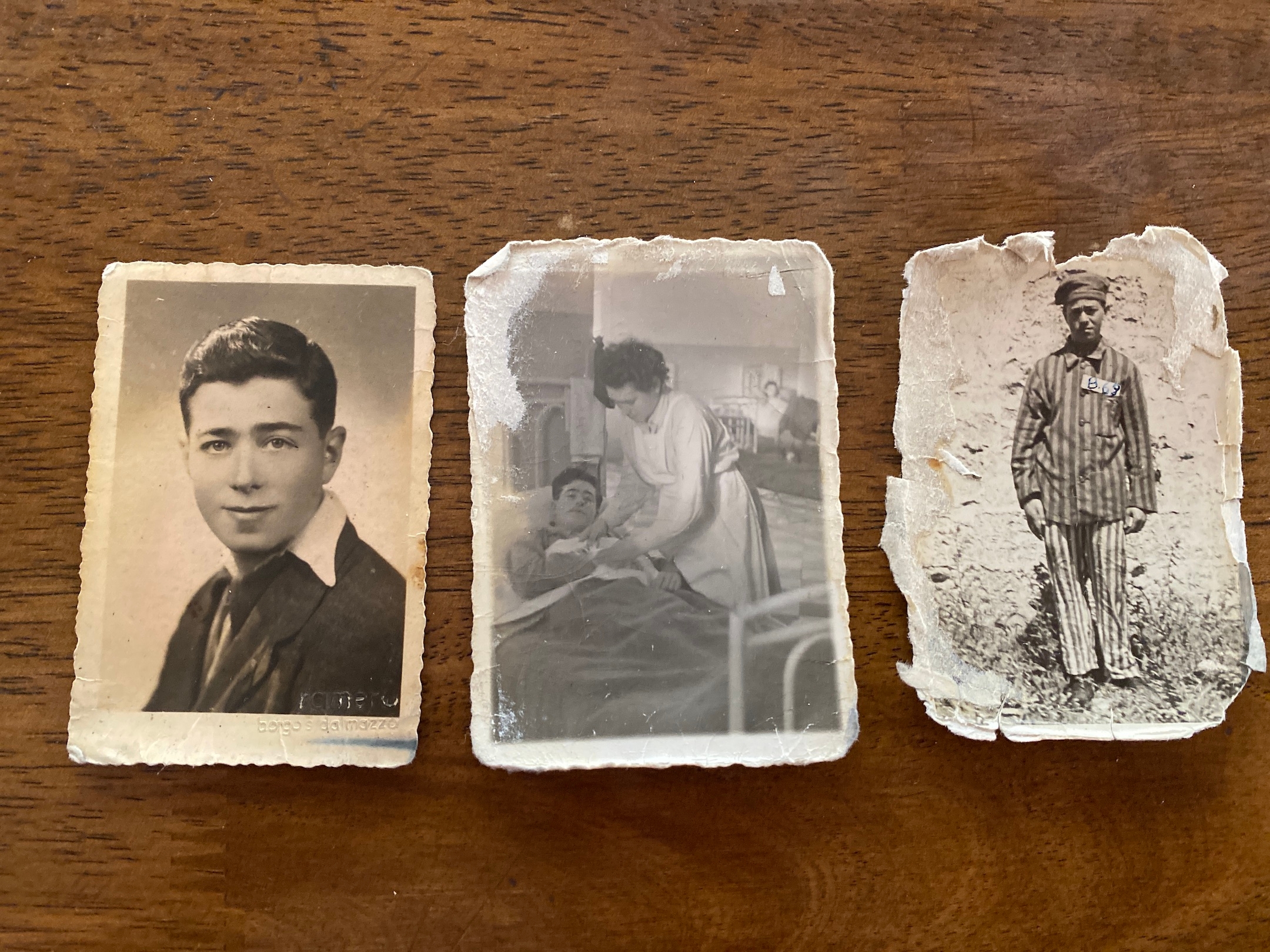 Photos of Aron Halpern show him as a young man, including after he was liberated from concentration camps after the Holocaust. (Courtesy Jeffrey Baxt)

Jacob recalled that when he told the officer that he had heard his brother had been shot to death three months earlier, another liberated Jew overheard and said that Aron had actually been rescued by nuns after having been left to die in a ditch. The officer lent Jacob a vehicle and told him to find Aron, saying, “I want to see your brother.”

Jacob said he drove from hospital to hospital before finding a patient he initially did not recognize as Aron — until Aron recognized him. He loaded 18-year-old Aron on a stretcher into his Jeep and took him back to the refugee camp. The brothers were then smuggled to Milan before making their way to the United States.

Jacob became a rabbi and Jewish educator who founded and taught in schools in Israel and the United States, ultimately settling in Louisville, Kentucky. He died in 2018.

Aron, who Baxt said drove an ice cream truck as one of his first jobs in America, married Zahava Tishman in New York City in 1959. They later moved to South Florida, where he built an imports business and got involved in real estate. His projects included the redevelopment of Hollywood’s historic storefronts, according to a 2001 South Florida Business Journal story. 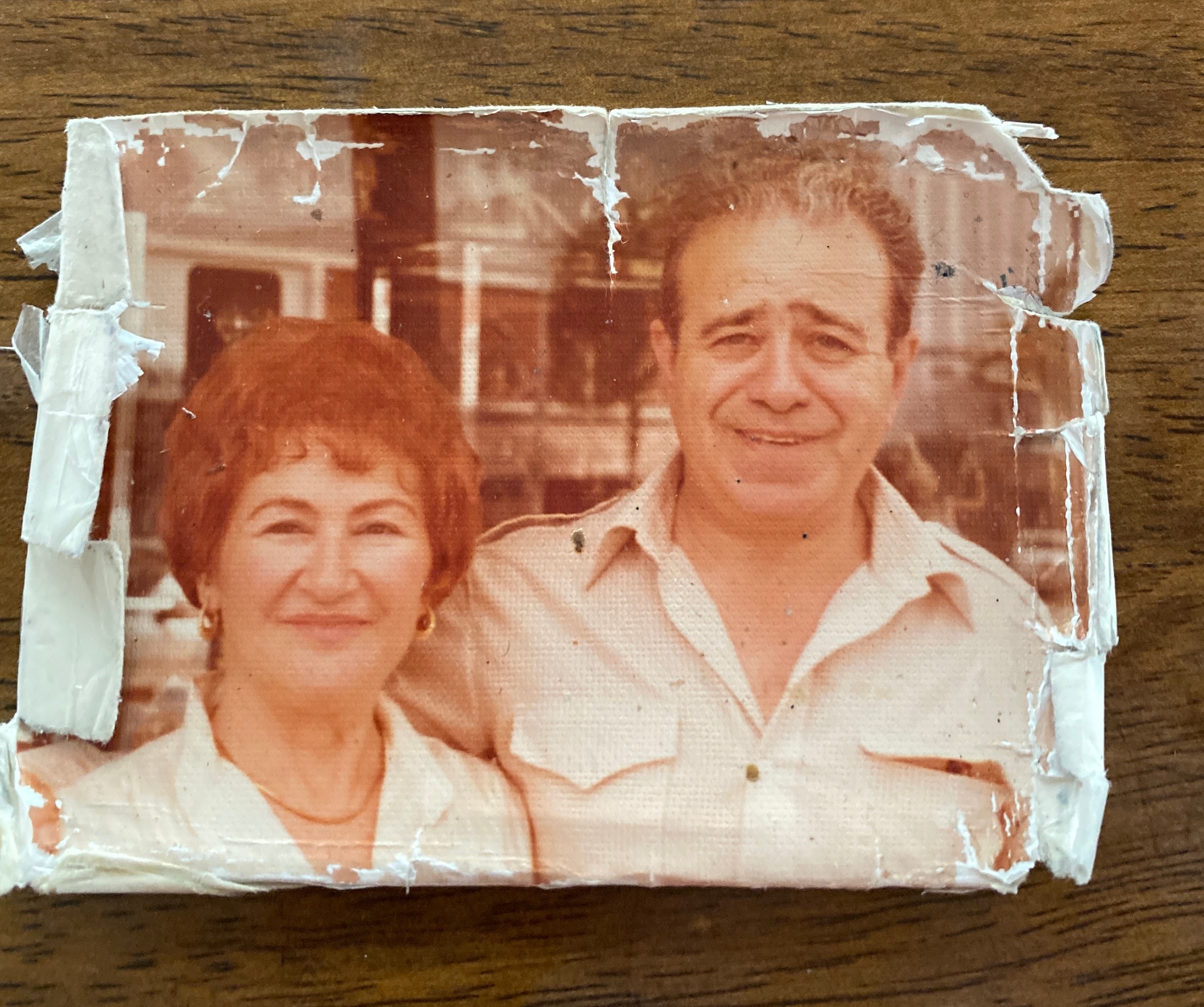 Aron Halpern and his wife Zahava, in an undated snapshot. (Courtesy Jeffrey Baxt)

He also worked to launch a congregation that first began meeting in the lobby of his apartment building, Baxt wrote. After the building ejected the congregation, it moved to a nearby hotel — where after a massive Passover seder, it was also ejected, according to Baxt, who said his grandfather had blamed an anti-Semitic hotel manager.

“My grandfather saw the liability in reliance and started raising money to start his own temple,” Baxt wrote. “He successfully gathered a down payment. Thirty years later he paid off the mortgage deeding the beachfront property.”

Halpern’s wife Zahava — “the love of his life,” Baxt wrote — died in 2000. He is survived by a daughter, Sarah Baxt, and grandchildren Jeffrey and Danielle Baxt.