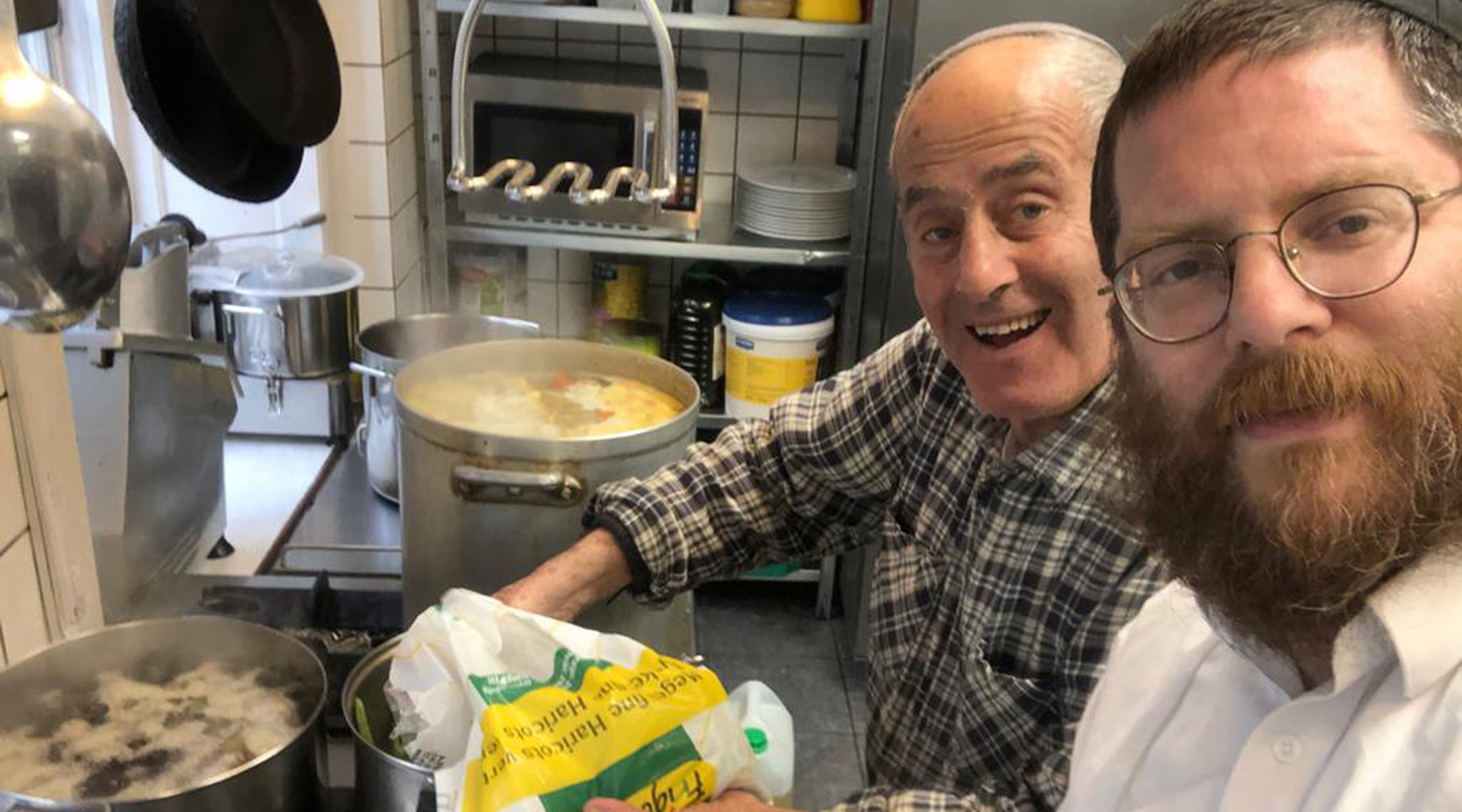 Immanuel Chanuka, left, and Rabbi Yitzi Loewenthal cooking together at the Chabad House of Copenhagen, Denmark in 2019. (Courtesy of Chabad Denmark)
Advertisement

(JTA) — Immanuel Chanuka was known for the care he showed to elderly members of the Copenhagen Jewish community. He would visit them in the hospital and bring them food after they were released. He didn’t own a cellular phone, so he would borrow one to call older community members and see how they were doing.

“Someone needs to take care of these people, they’re old,” Chanuka would tell his friends, though some of his charges were younger than he was.

Even in Copenhagen’s tight-knit Jewish community, Chanuka’s concern for others was unusual, said Yitzi Loewenthal, the city’s Chabad rabbi. “Especially in Denmark, where people tend to mind their own business,” Loewenthal said.

Chanuka died April 2 of the coronavirus at the age of 84. Born in Israel in 1936, Chanuka immigrated to Denmark decades ago but had no children or relatives there. He lived alone and one of his most important social activities was attending Friday night dinner at the local Chabad House, where he would help out in the kitchen.

“He didn’t come for 45 minutes. He stayed for three to four hours,” Loewenthal said. “He was very upbeat, very positive, always had a smile. I used to joke that his last name,” — the same name as the Jewish festival of lights — “was because he used to light up a room as soon as he walked in.”

A few years ago, Chanuka missed two consecutive Friday night meals. Loewenthal contacted the police and asked them to break into Chanuka’s home to make sure he was all right. As it turned out, Chanuka had gone to Israel for a few weeks.

Last week, his health began to deteriorate and it became evident that he had contracted the virus. For a while, it seemed he was getting better, but then his condition deteriorated dramatically.

Visiting Chanuka was impossible due to social distancing measures, especially for confirmed coronavirus cases. Chanuka died alone in the hospital.

“That aspect is tragic, just heartbreaking,” Loewenthal said. “Because of how Chanuka always made an effort to make fellow congregants not feel alone when they were ill. Yet he had to go alone.”

Chanuka will be buried in his native Israel, where he had a nephew.