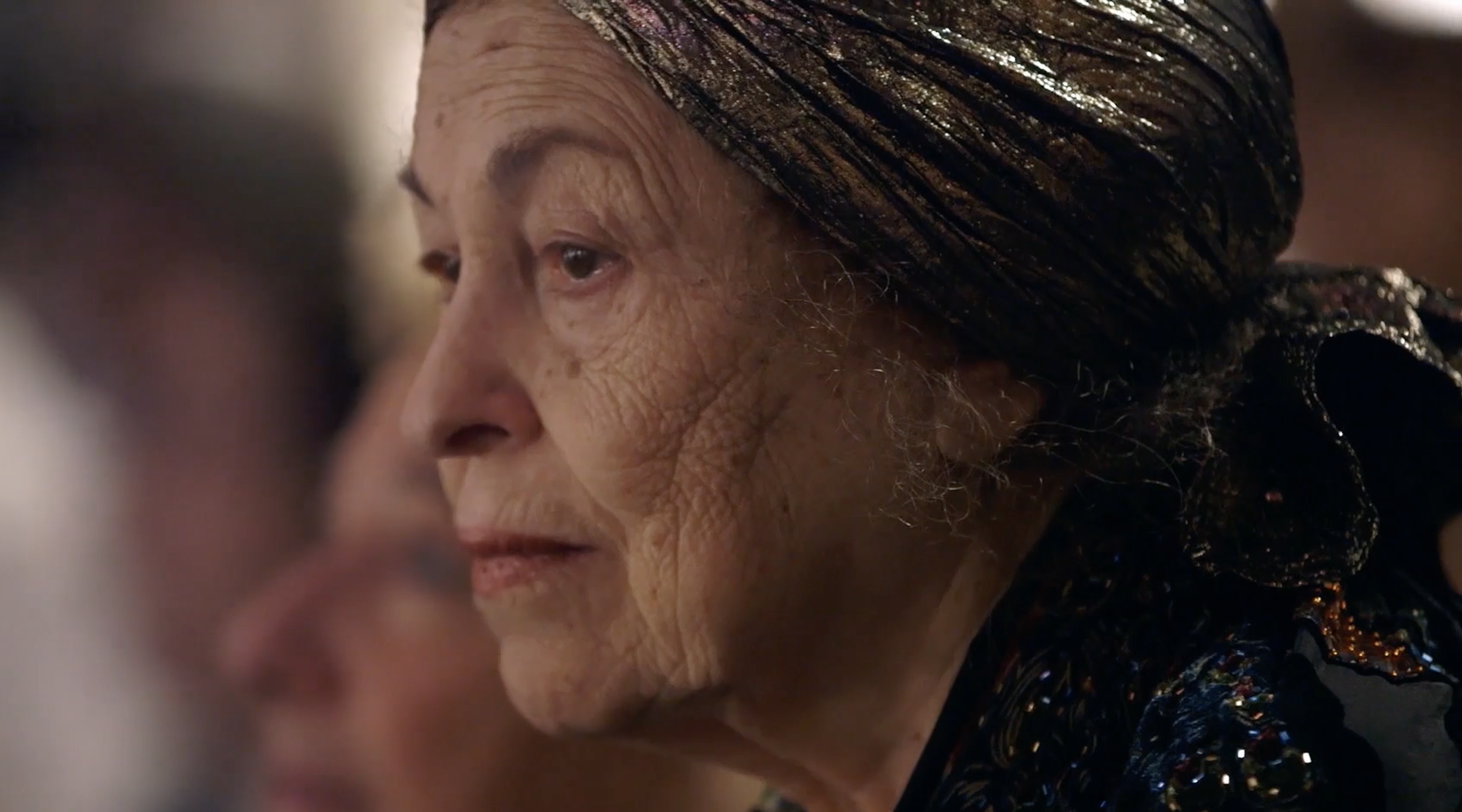 NEW YORK (JTA) — When Helene Aylon was a girl in Borough Park, Brooklyn, it was impossible to imagine she would one day become a barrier-breaking fine artist. After all, the principal of the Shulamith School for Girls, where Aylon was a student, persuaded her parents not to allow her to attend an arts high school in Manhattan. It just wasn’t something a good Jewish girl did.

But after marrying at 18, Aylon began taking art classes at Brooklyn College, where one of her professors mentioned her to the artist Mark Rothko, who invited her to his studio. The two connected over their shared Jewishness even more than their art.

Aylon went on to become a force in the art world, motivated by feminism, nuclear disarmament and concern about what we now call climate change. She worked first as a painter and moved into experiential and installation art, which was the focus of her later years. Her work was often deeply autobiographical, reflecting her own evolution as a woman and as a Jew.

Aylon was born Helene Greenfield in Brooklyn in 1931. At 18, she married Rabbi Mandel Fisch and they went on to have two children. The week Aylon turned 30, her husband died of cancer.

Aylon’s first artistic commission was a mural on the wall of a youth employment center in Brooklyn. When a news photographer who arrived to take her picture asked her name, she spontaneously gave it as Helene Aylon. She was known by that name for the rest of her life.

As a single mother of two young children, Aylon struggled to be present for them and for her art.

“I felt guilty all the time,” she wrote in her memoir, “Whatever is Contained Must Be Released: My Jewish Orthodox Girlhood, My Life As A Feminist Artist” (The Feminist Press, 2012).

Aylon’s liberation came with the rise of the feminist movement, which she called “my salvation.” It was “a rebirth that dazzled my imagination like a sunrise, and plucked me out of the guilt that was caving in on me,” she wrote.

After her daughter departed for college, Aylon moved to Wesbeth, an artists’ residence in Manhattan, where she remained, but for a decade in Berkeley, California, until she died.

In 1969, Aylon started experimenting with the idea of creating “painting that revealed itself, in an attempt to introduce an evolving feminist consciousness to a medium that had been firmly dominated by the notion of a heroic, and almost exclusively male, American idiom,” wrote her art dealer, Leslie Tonkonow.

“I think of my multimedia work as a rescue of the Body, the Earth, and G-d — all stuck in patriarchal designations,” Aylon once said.

In 1982, she created the Earth Ambulance, a truck disguised as an ambulance that she drove across the United States, visiting military bases, uranium mines and nuclear reactors. At each location, she scraped earth into pillowcases, arriving back in New York in time for a nuclear disarmament rally at the United Nations. Ten years later, in celebration of the end of the Cold War, a variation of the piece was presented at the Brooklyn Bridge Anchorage.

In 1985, to mark the 40th anniversary of the bombing of Hiroshima and Nagasaki, Aylon worked with young Japanese women to place sacks filled with rice, grain, pods, and seeds in a river to float toward the two cities.

“She was a rare person and artist, fearless, truly inspirational, but we are so blessed to have had her example,” said artist Archie Rand. “As under-appreciated as it is, it will accumulate the sediment of recognition in time. Of that I am sure.”

In the 1990s, Aylon began turning toward Judaism in her nine-part work “The G-D Project.” The first installation, “The Liberation of G-d,” was constructed from shelves lined with open copies of the Hebrew Bible. Instances of misogyny, violent language, or a woman’s name omitted from the text were highlighted in pink.

Another installation featured a Jewish marital bed covered in the cloths that some observant women use to check if they have had enough “clean days” after menstruation to immerse in a ritual bath. “My Notebooks” consisted of 54 blank notebooks with images of schoolgirls projected across them that Aylon dedicated to the wives of the medieval Jewish scholars Rashi and Maimonides — “for surely they have something to say.”

“She was one of the most powerful human beings I ever met,” said Rabbi David Ingber, the spiritual leader of Romemu congregation in New York who, like many rabbis, was invited by Aylon to dialogue about her work at the places she exhibited. “She was fiercely unique, energetically rigorous in her truth-telling, a woman who touched so many lives with her art and her heart. I was so privileged to call Helene a friend, a congregant and an inspiration.”

At once fierce and fragile, Aylon often dressed in a turban-like headwrap and flowing clothes, her voice breathy and her manner gentle, even as her ideas were revolutionary.

“She stood by her beliefs, undaunted, and was happy to take on controversy,” said her daughter, Renee Emunah. “She was visionary, and at the same time that she was an activist she also cared about aesthetic beauty.”

Aylon’s work was exhibited multiple times at the museum of Hebrew Union College-Jewish Institute of Religion in New York and is in the permanent collections of the Whitney Museum of American Art in New York, the Museum of Modern Art in San Francisco and The Jewish Museum. It was also featured in the show “Matronita” at Israel’s Ein Harod Museum of Art and at Pittsburgh’s Andy Warhol Museum.

Aylon is survived by two sisters, Linda Silberstein of Los Angeles and Sandy Ferziger Gottleib of Jerusalem; a son, Nathaniel Fisch, a professor of astrophysics at Princeton University; a daughter, Renee Emunah, a drama therapist and author based in Bolinas, California; four grandsons and a granddaughter.

In a 2016 article about being one of four women to be honored with a Lifetime Achievement Award by the Women’s Caucus for Art, Aylon said, “I hope I would be remembered in a loving way because I’m not trying to defame Judaism but I wanted to tell the truth about it to see what we can do about it.”