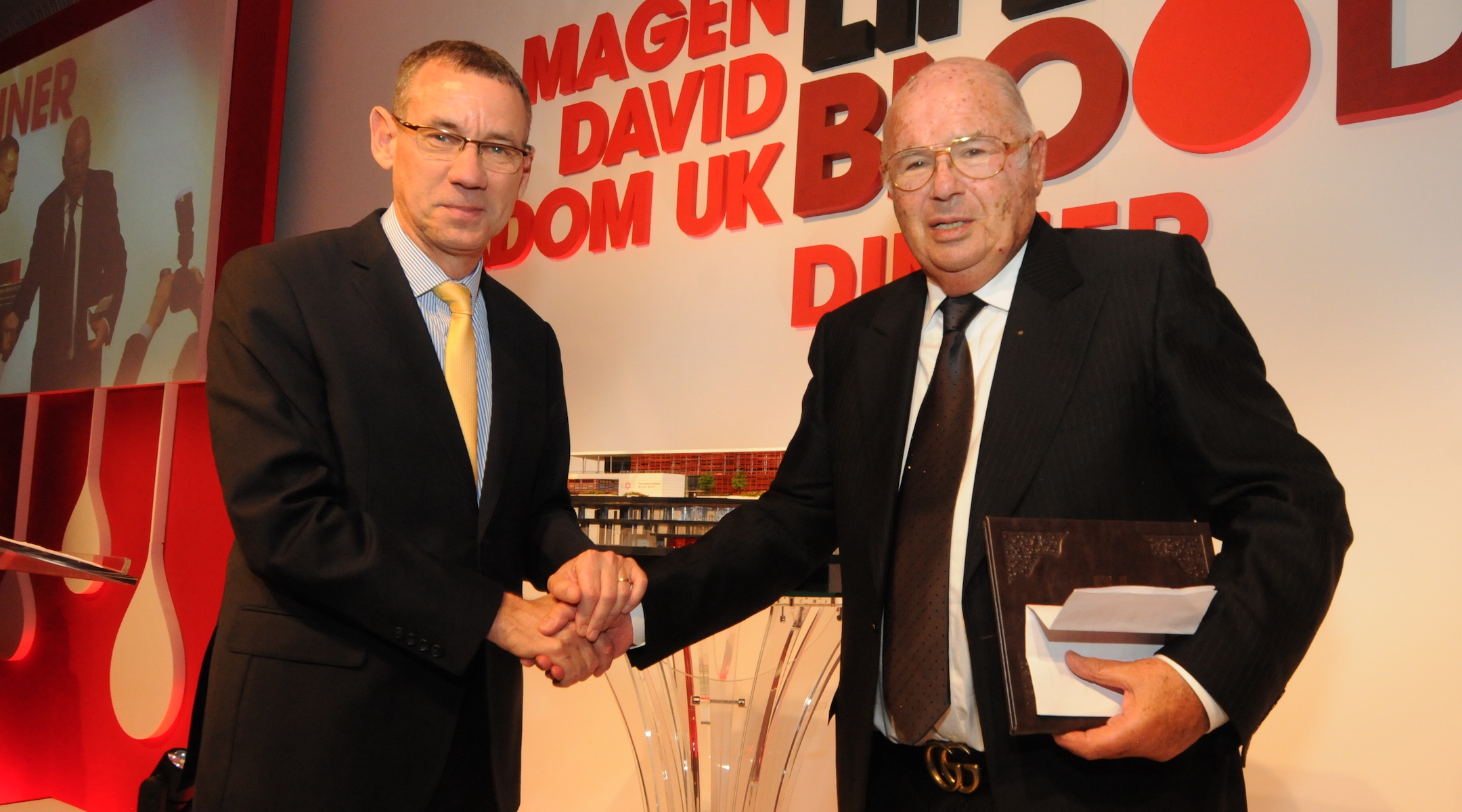 (JTA) — If there was one institution with whom Irving Carter was most closely associated, it was Magen David Adom, the Israeli affiliate of the Red Cross.

The vice president of MDA’s British fundraising arm, Carter’s donations over three decades funded the procurement of dozens of ambulances, 12 bikes, two mobile blood banks and a mobile intensive care unit. Ambulances serving Jerusalem’s Old City bear his name and that of his widow, Gillian. A recently opened MDA station near Haifa is dedicated to his grandson, Jack Segal.

“I am lucky enough to be able to do whatever I can to enable them to save lives,” Carter once said. “It is a privilege for me to be able to give to them.”

Carter died on April 3 of the coronavirus. He was 76.

MDA “lost one of its greatest friends,” the group said in a statement, describing Carter as a man who “was responsible for saving hundreds of thousands of lives in Israel through his generosity.”

Tributes to one of the British Jewish community’s most generous yet understated philanthropists have flowed in recent days from the organizations he supported.

ALEH, an Israeli charity working with disabled children, said Carter was “a kind and gentle soul who cared deeply for our children.” His “giving heart was matched by an unparalleled generosity of spirit.”

In 2018, Irving and Gillian opened the Sylvia Carter Medical Center for children with severe and complex disabilities at ALEH’s rehabilitation clinic in Gedera.

Paul Anticoni, CEO of World Jewish Relief, said his organization “mourned the loss of Irving Carter whose kindness, humility and philanthropy changed the lives of thousands of our clients.”

The Odessa-based rescue aid organization Tikva said Carter was “a larger than life ‘mensch’ who lived to give and who was always the first to offer assistance with an open hand, a huge heart and a warm smile.”