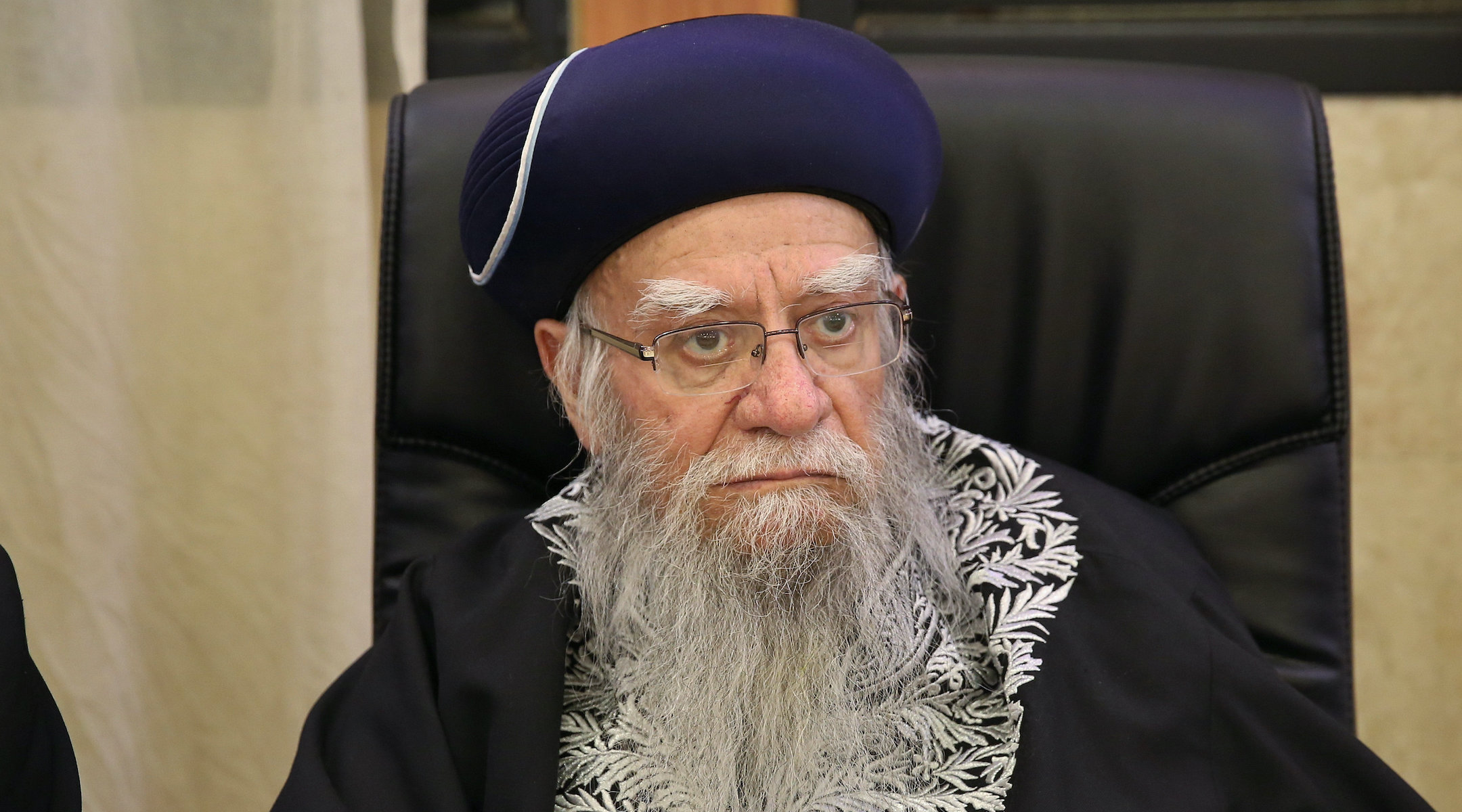 JERUSALEM (JTA) — Rabbi Eliyahu Bakshi-Doron, who served as Israel’s chief Sephardic rabbi for a decade beginning in 1993, died April 12 after being admitted to the hospital for treatment of COVID-19. He was 79.

“Rabbi Bakshi-Doron was a teacher for all Jewish communities in Israel and around the world,” Prime Minister Benjamin Netanyahu said in a statement. “I met him many times and was always struck by his warm personality. For him the Torah was a guide for life. His essence was understanding, tolerance and love for the people and the state.”

President Reuven Rivlin praised Bakshi-Doron for his “deep sense of responsibility for all Israel.”

Rabbi Yisrael Meir Lau, who served as Ashkenazi chief rabbi during Bakshi-Doron’s tenure, called him as a “great genius,” The Times of Israel reported. “There was nobody as honest as you.”

Born in Jerusalem to immigrants from Iran and Syria, Bakshi-Doron became a communal rabbi in Bat Yam in 1970, rising to become the city’s chief rabbi two years later. He became chief rabbi of Haifa in 1975.

In 2017, Bakshi-Doron was convicted of issuing fake rabbinic credentials to 1,500 police and security services employees, who used them to apply for pay raises. He was found guilty in Jerusalem District Court and sentenced to probation. He also was ordered to pay a fine of 2.5 million shekels (about $700,000).

Bakshi-Doron also angered non-Orthodox Jews in 1997 when he attempted to block the appointment of non-Orthodox Jews to local religious councils. He rejected a proposed compromise in which Conservative and Reform rabbis would be able to participate in the selection and education of conversion candidates, but only Orthodox rabbis would actually perform the conversions.

The previous year, Reform leaders harshly criticized the chief rabbi after he gave a sermon that some had interpreted as calling for the murder of members of their denomination. In his talk, delivered in a Jerusalem synagogue, Bakshi-Doron compared the biblical figure Zimri to Reform Jews and praised Pinchas, the man who murdered Zimri for having sexual relations with a non-Jewish woman.

Despite his criticism of other Jewish denominations, Bakshi-Doron could also be liberal in his religious positions. He expressed support for efforts to ease the Orthodox Chief Rabbinate’s monopoly over Jewish marriages and allow marriages to be performed in Israel outside the framework of Jewish law.

“Israel has lost an important voice that was both part of the religious establishment while understanding that established religion must have its limits,” Rachel Stomel of the Center for Women’s Justice told the Jewish Telegraphic Agency. “Notably, Rabbi Bakshi-Doron advocated for civil marriage as an alternative to the state-mandated religious marriage currently in place. His stance, which earned him much backlash from the ultra-Orthodox world, was pragmatic.”

In 1993, Bakshi-Doron made waves when he ruled that women could be deciders of Jewish religious law. He later clarified that he was not endorsing granting rabbinic titles to women.

Bakshi-Doron also engaged in interfaith efforts, meeting with the Turkish cleric Fethullah Gulen in 1998 and Pope John Paul II during his visit to Jerusalem in 2000.

Bakshi-Doron is survived by 10 children. His wife, Esther, died in 2005. He was buried April 13 at Jerusalem’s Har Hamenuhot cemetery.