Martin Fox, 95, past president of JTA and Jewish Federation of Greater MetroWest NJ 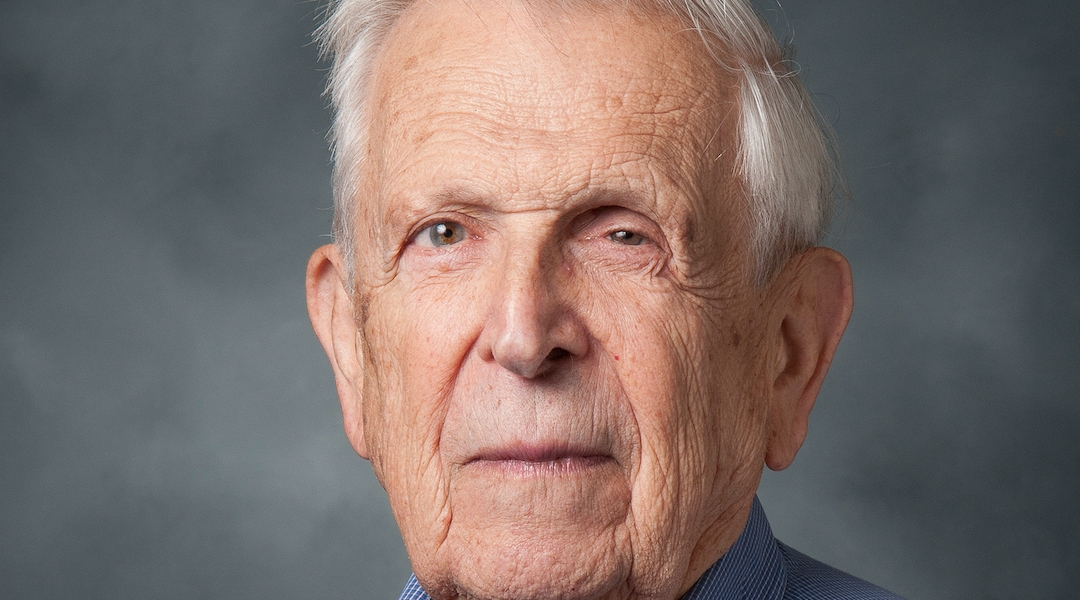 Martin Fox, a past president of the Jewish Telegraphic Agency, died of Covid-19 on April 8, 2020. (Courtesy Photo)
Advertisement

Fox died of COVID-19 on April 8, just two months before his 96th birthday.

“Marty was well respected and appreciated, both for his stint as president and for his decades of subsequent service as a board member of JTA and an honorary board member of 70 Faces Media,” said Ami Eden, CEO and executive editor of 70 Faces Media, JTA’s parent company. “As an elder statesman, Marty displayed a mix of humility and wisdom, reminding us where we came from while also encouraging us to move forward.”

Born in Newark, New Jersey, to a prominent attorney in 1924, Fox went on to graduate from Amherst College, taking a break from his studies to serve as a lieutenant in the U.S. Army during the World War II. He went on to obtain a law degree from Harvard Law School in 1949 and became a partner at his father’s law firm, Fox and Fox.

During a long and storied career, Fox was active in Jewish organizations and in the wider New Jersey community, serving on the boards of the Hebrew Immigrant Aid Society, the Jewish News of Metropolitan New Jersey, the New Jersey State Board of Education and the Northern Energy Corporation. New Jersey Gov. Phil Murphy called him a “passionate crusader for social justice,” citing his work on behalf of the St. Augustine civil rights movement in 1963. 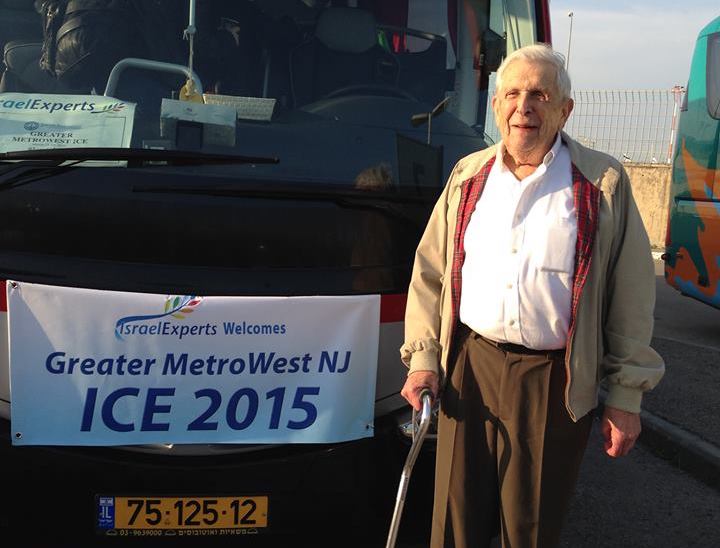 Martin Fox during a 2015 federation trip to Israel. (Courtesy photo)

Fox also served as vice chairman of the Essex County chapter of Americans for Democratic Action and twice ran unsuccessfully for a congressional seat in New Jersey’s 12th district in the early 1950s.

“We’re deeply saddened to lose Marty,” Federation CEO Dov Ben-Shimon wrote in a Facebook message to JTA. “He was a guiding light for so many of us in the community. His leadership was a blessing, and we are grateful for the time we had with him. We send our deepest condolences to (his wife) Muriel and his entire family.”

Leslie Dannin Rosenthal, a former federation president, described how Fox continued to serve on the board for decades after his presidency and how he would “tell hilarious and meaningful stories” during drives to federation meetings.

“I was really privileged to have Marty as a friend as a mentor. I learned so much from him on those rides,” she said. “Ensuring the power of the Jewish collective to take care of each other and support each other [was] paramount” for him.

He “suffered fools poorly and he wouldn’t mince words,” said Jimmy Schwarz, another past president of the federation. “His work with JTA fit into his persona wonderfully because he was sort of a news junky and read the New York Times every day.”

Fox is survived by his wife Muriel; daughters Rachel and Sarah; and three grandchildren.