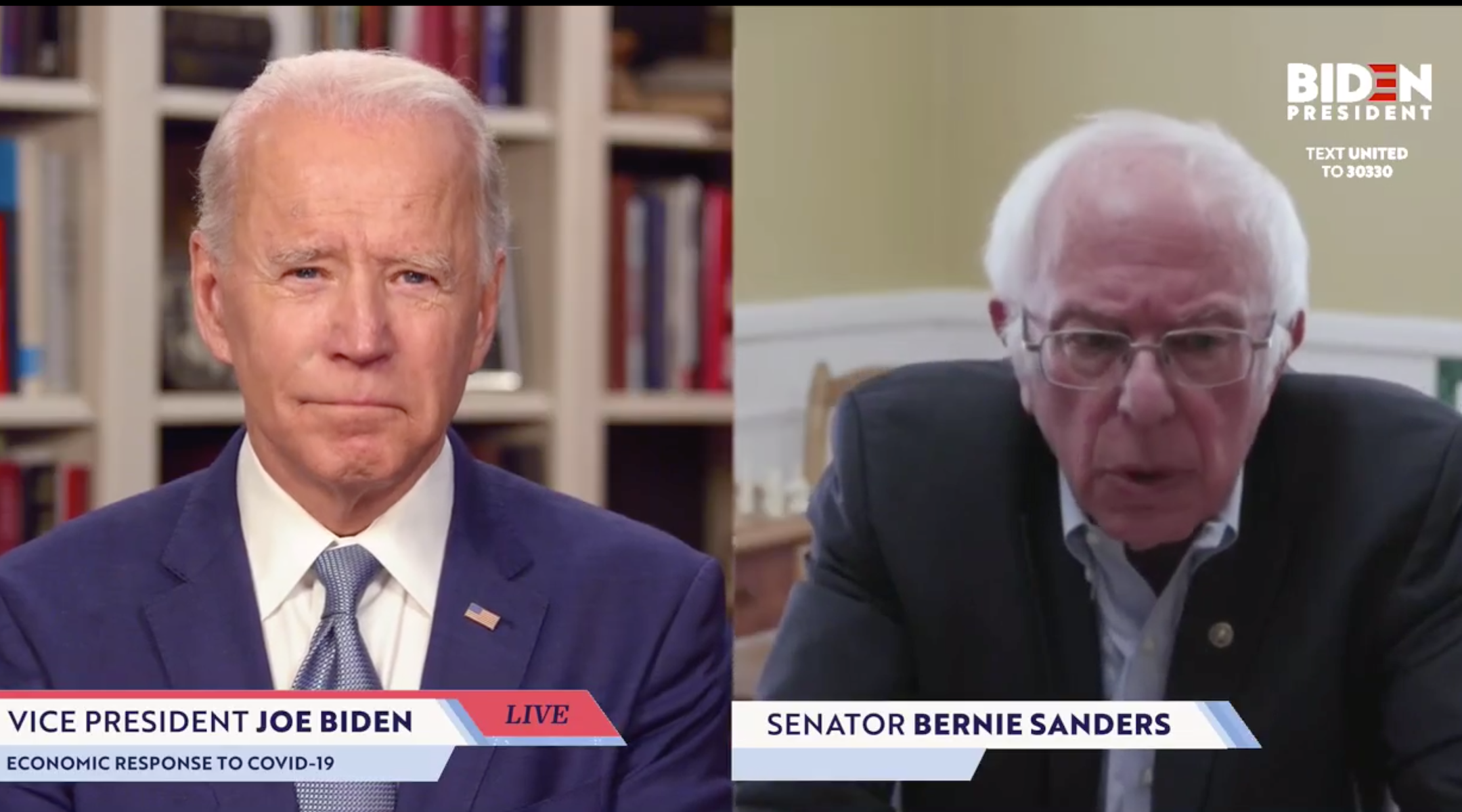 WASHINGTON (JTA) — Bernie Sanders joined his old friend Joe Biden in a live webcast to endorse him on Monday, and the two candidates left standing in the Democratic primaries emphasized that they agree on more than what they disagree on.

“Today I am asking all Americans, I am asking every Democrat, I am asking every independent, I’m asking a lot of Republicans to come together in this campaign to support your candidacy which I endorse to make certain that we defeat somebody who I believe, and I’m speaking just for myself, now is the most dangerous president in the modern history of this country,” Sanders said.

Israel and foreign policy weren’t mentioned in the 36-minute exchange even though Sanders, the first Jewish candidate to be the front-runner in a major-party nominating contest, has worked to move the Democratic Party’s views on the Jewish state to the left.

Sanders has sharply criticized the Israeli government of Prime Minister Benjamin Netanyahu, calling the longtime Israeli leader racist. He has also said that he would leverage aid to Israel to influence the country’s policy and has aligned with pro-Palestinian figures, including some who have made statements seen as anti-Semitic.

Instead, Biden asked Sanders to talk about the issues that Sanders believed to be most urgent. Biden accepted Sanders’ demand for a $15 minimum wage, forgiving student debt and free community colleges, although the candidates seemingly still differed over a key Sanders demand, free universal health care. Biden said he would endeavor to make health care more affordable and available.

They also spoke of their long friendship and joked about playing chess online together.

“We’ll bore everybody for a few hours,” Sanders said.