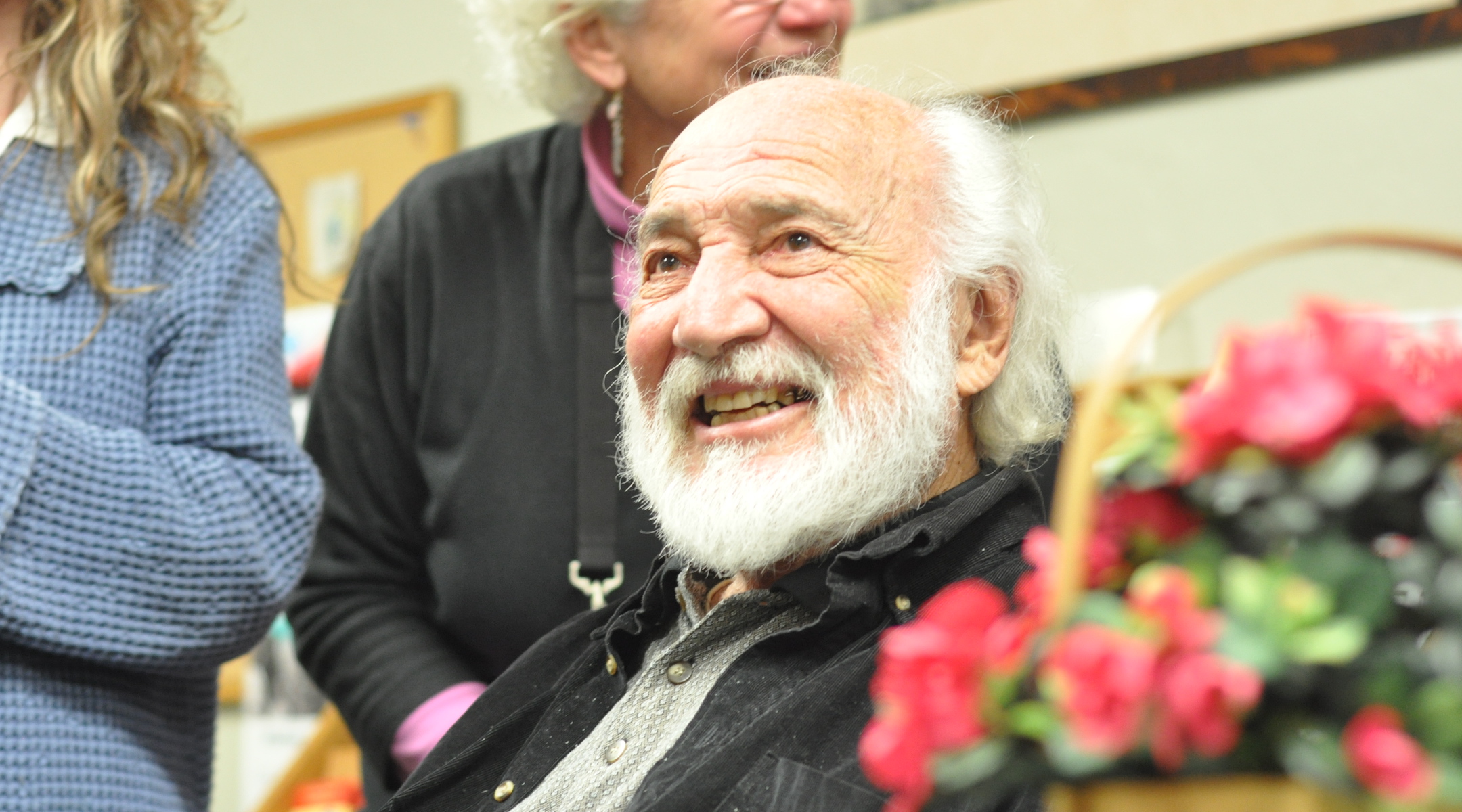 BERKELEY, Calif. (J. Weekly via JTA) — Alby Kass, one of the founders of the Russian River Jewish Community some four decades ago, has died March 31 of complications from COVID-19. He was 89.

After spending the past year battling a number of other illnesses, he succumbed in a San Leandro hospital bed without his family by his side.

According to the Santa Rosa Press Democrat, Kass contracted “a coronavirus infection” at Gateway Care and Rehabilitation Center, a nursing home in Hayward where at least 66 patients and employees have been infected by the coronavirus, and 10 have reportedly died. He was at the facility recuperating from a broken hip, but after he developed a dry cough followed by a fever, wheezing and shortness of breath, he was whisked to the hospital, dying a few days later.

Before that happened, the Press Democrat reported, nurses set up speakers in Kass’ hospital room and played a smartphone recording made by his family, featuring Kass’ sons singing, his granddaughter playing piano and Yiddish folk music.

Kass was a Yiddish singer with a strong baritone voice, a member of the Jubilee Klezmer Ensemble and one of the founders of the Russian River Jazz Festival, according to Sonoma West Times and News.

When he and his wife, Wallie, moved to the area in the mid-’70s, they took out an ad in the Guerneville paper looking for Jewish families with whom to celebrate Passover. They figured they’d hold the celebration in their house — until 75 families responded.

“That was the giant ignition of the Russian River Jewish Community,” said Larry Kass, the couple’s son, who lives in Berkeley. “All the Jews crawled out from their little homesteads. There was a real outpouring of interest.”

Albert Irwin Kass was born Jan. 2, 1931 in the Bronx, New York, to an immigrant family. When he was 9, his father died, and with his mother working in the garment district, Kass had to shoulder a lot of responsibility, such as cooking for his younger siblings. Yiddish was his first language, and he learned many songs as he helped his mother in the kitchen. As a young boy, he often sang at Jewish weddings, for which he’d make 25 cents.

Kass joined the Air Force and fell in love with California while stationed at Travis Air Force Base in Fairfield. After his service, he moved to Los Angeles and got his teaching credential at L.A. City College. While there, he was introduced to a friend’s sister, Wallie Rabb, whom he married in 1970.

Kass taught sixth grade for 20 years and the couple sang in local choirs. After they had children, they began plotting a move to Northern California. When they found a 14-cabin resort for sale in Guerneville, they bought it, becoming the proprietors of the Riverlane Resort.

As the lay-led Russian River Jewish Community grew, Riverlane Resort became one of its homes, hosting an annual bonfire at the end of Yom Kippur. Kass often would lead the few prayers that the community did.

A political activist who went to bat for social justice issues, Kass became the vocalist of the Jubilee Klezmer Ensemble in the early 2000s. Also, he and his wife both sang in the River Choir, which was founded by Sonia Tubridy.

“Many people have a narrower focus in music, specializing in just one genre. Everything was of great interest to Alby,” said Tubridy, a longtime friend of the Kasses.

Kass performed in at least four productions of “Fiddler on the Roof” in Sonoma County. He went beyond making the perfect Tevye; he was Tevya, his son said.

Said Tubridy: “I have never heard nor seen Tevye in any other ‘Fiddler,’ including the famous ones, that felt so true to the storytelling of that character.”

In one production, his wife, Wallie, played Golde, and Tubridy said the two of them singing “Do You Love Me?” was a highlight. In fact, when they were invited to a wedding, Alby and Wallie often would get a follow-up question: “Would you perform that song at our wedding?” 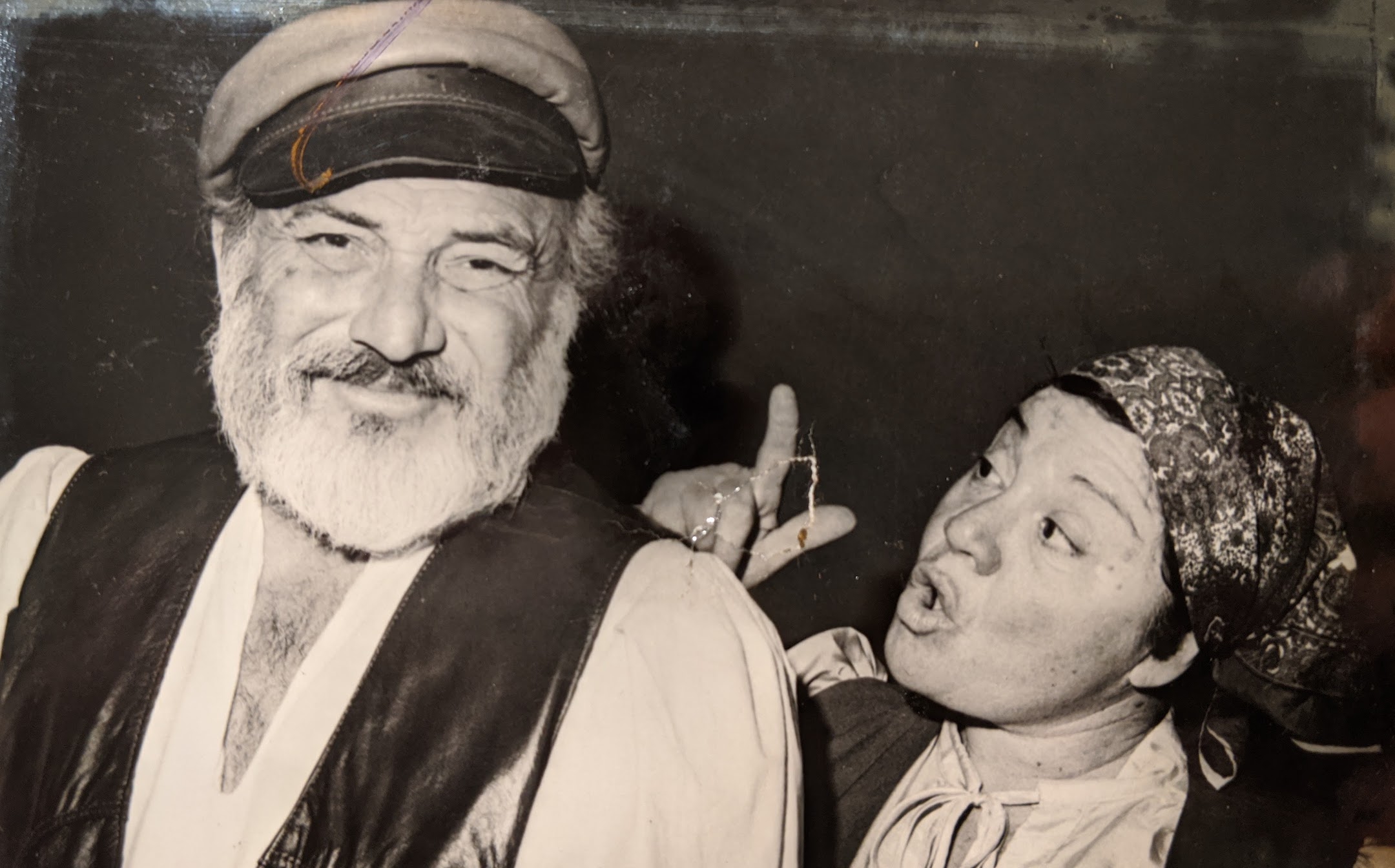 Alby Kass, with his wife Wallie, playing Tevye and Golde in “Fiddler on the Roof.” (Brenda Adelson)

In the klezmer ensemble, Kass often introduced a song with a story. “His passion and connection to these songs was so deep,” said Tubridy, the group’s accordionist.

Mark Peabody, the bassist, said, “His love of music, performance, Yiddish, storytelling and just living in that moment was so joyous that everyone in the audience was captivated by it.”

Larry Kass joined the ensemble a few years ago, at first to sing Ladino, and later replacing his father at gigs if he wasn’t feeling well.

“I felt very privileged to start absorbing his beautiful Yiddish repertoire,” Larry said, “and I think he felt very satisfied that I was serious about it.”

In addition to Larry, Alby Kass is survived by his wife, Wallie, of Santa Rosa, who is living in a memory care facility battling dementia, and son Jonathon Kass of San Francisco, four grandchildren and sister Sharon Silbert of Los Angeles.