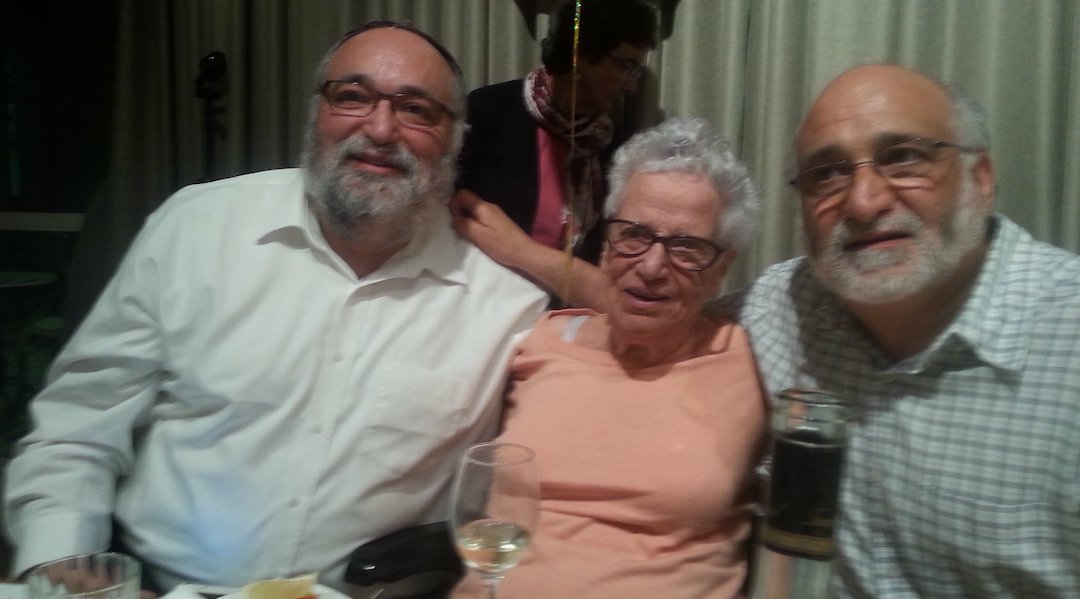 (JTA) — Evelyne Cohen led a comfortable life before fleeing her native Tunisia after it won independence from France in the late 1950s.

The daughter of a prominent merchant, she had grown up in a large house in the port city of Sfax, a member of the Jewish community’s elite. But when her family, buffeted by the rising ties of state anti-Semitism, migrated to the French Riviera city of Nice, they arrived with almost nothing.

It wasn’t the last hardship Cohen would endure. After her husband died after 30 years of marriage, Cohen went back to work at the age of 54, becoming the administrator of an old age home in Nice. She had no experience when she started but came to be respected for her professionalism and dedication.

Despite the challenges she faced in her life, Cohen never lost her smile or sense of humor. She established a warm and traditional home for her three children, two of whom eventually adopted Orthodox practice and moved to Israel.

“She was a fun person, but also a strong personality and somewhat intimidating,” said her nephew, Francis Nataf, a well known Jerusalem rabbi. “She was the boss in her home and with her children, [but also] enjoyable to be around and you never had any sense of imposing on her.”

By the time Cohen retired from the old age home in her late 70s, she was the same age as many of the home’s residents. She subsequently moved in with her son in Paris, staying with him until her physical condition necessitated moving into a home.

Despite her advanced, age, she remained “energetic and lucid,” said Nataf. “She was elected to be one of two representatives of the residents” in the home.

Family was her “supreme value,” he said, noting her close relationship with her 20 grandchildren in Israel, whom she would visit frequently.

She was also “very committed to her traditions, very community oriented and kind and ethical,” he said.