Joseph Feingold, 97, a survivor who famously brought a violin from Germany to the Bronx 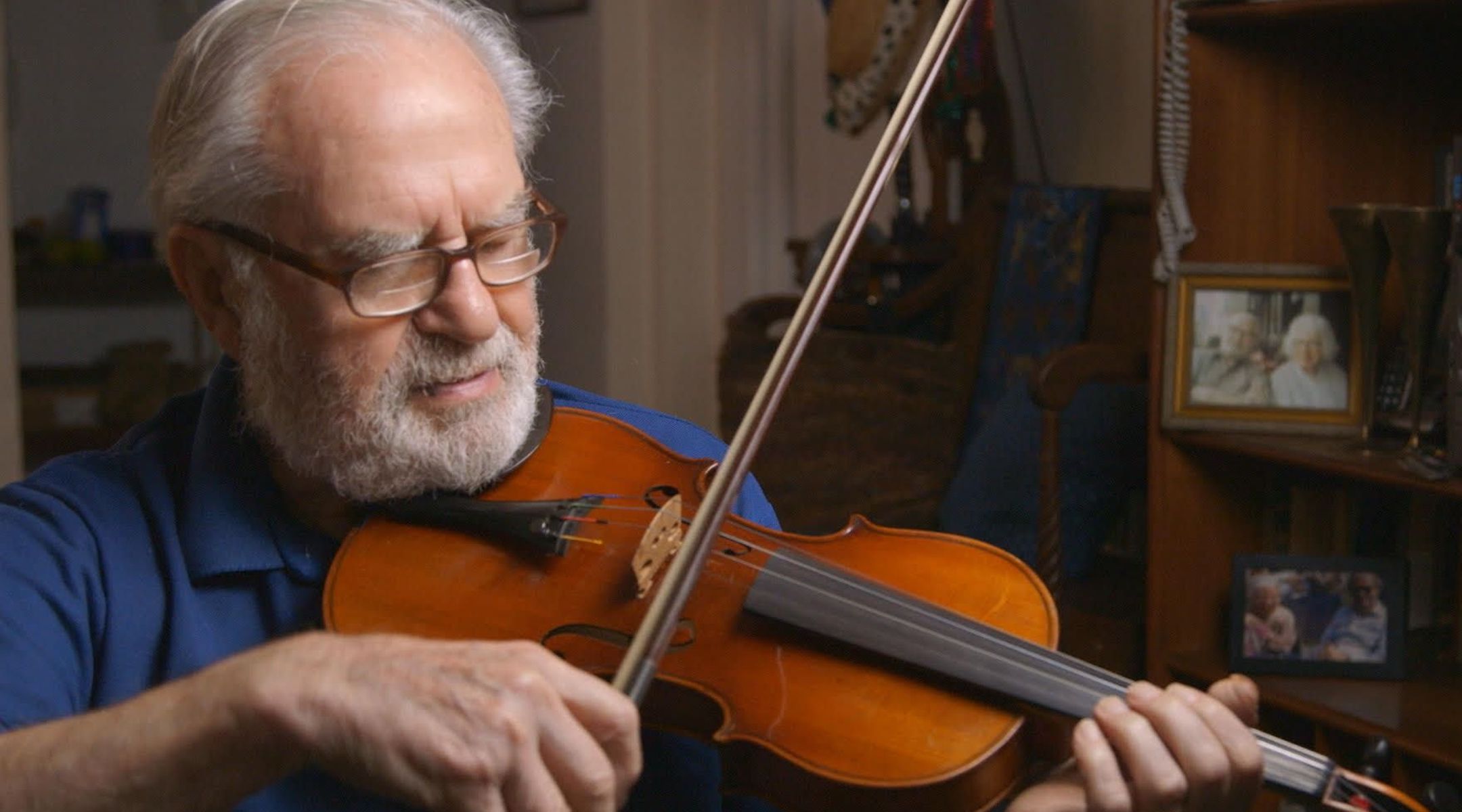 NEW YORK (Forward via JTA) — Joseph Feingold, a Holocaust survivor, architect and memoirist whose gift of music brought a unique friendship to a South Bronx community died April 15 of pneumonia and COVID-19. He was 97.

Jozef Fajngold was born to socialist parents on March 23, 1923, in Warsaw. His father, Aron, a carpenter, and mother Ruchele (nee Jakubowski), a polyglot homemaker, encouraged his musical education by purchasing him a violin when he was 5 and paying for lessons with a local teacher. The eldest of three boys, Feingold carried his music with him when the family relocated to Kielce, a town south of Warsaw in 1932.

When Germany marched on Poland, Feingold, his father and his brother Alex left to join the Polish army to ward off the Nazis. By the time the army folded and the men retreated to Kielce, the Germans had established a foothold there and began taking local Jews hostage — Feingold’s father was among the first. This experience, and the subsequent interrogations he was subjected to for his politics, prompted Feingold and his father to head East to Russian-occupied Poland to seek sanctuary. Instead, they were shipped off in freight trains to a Siberian work camp, where they labored for years until their release in the spring of 1946, at which time they returned to Poland.

Back in his country of origin, Feingold soon learned the fate of Kielce’s Jewry — all who remained there were sent to Treblinka in 1942. Feingold nonetheless returned to where he last saw his mother and two brothers, hoping to learn what became of them. When he reached the town on July 4, 1946, accompanied by a friend, he approached the building of the local Jewish committee to find information about his family. Soon after the pair arrived, Poles broke into the building, accusing Jews of having kidnapped or murdered a Polish boy. The mob ended up killing 42 Jewish men and women in what became known as the Kielce pogrom. Feingold suffered a severe concussion and was admitted to a Lodz hospital.

As he recovered, he and his father learned from relatives in America that Feingold’s brother Alex survived Auschwitz and Bergen-Belsen and was in a German displaced person’s camp. The men traveled to meet him. While the reunited family planned their move to the U.S., Feingold stumbled upon a violin at a flea market and swapped it for a pack of cigarettes. He held close to the instrument, taking it with him to New York City where he found work at a printing shop and took night classes at Cooper Union. Feingold got his Bachelor’s degree, then, enrolling in night classes at Columbia University, earned a degree in architecture. By 1962, Feingold had opened his own firm, which he would run for nearly half a century. He married Regina (Kaufman) Gilbert, a nursery school director and divorced mother of two, in 1971. They made their home on the Upper West Side and in a farmhouse in Ghent, New York, which Feingold renovated himself.

In March of 2014, Feingold, retired from his business, and was listening to WQXR — a local classical music station — when he heard about a music drive to donate unused instruments to New York City schoolchildren. Feingold, who kept the violin from the German flea market but no longer played it, brought it to Lincoln Center.

The donation, with its remarkable story, was mentioned on the radio and caught the attention of filmmaker Kahane Cooperman. Cooperman sought Feingold out to tell his story — and that of two people of different generations and backgrounds brought together by music.

Cooperman made the short documentary “Joe’s Violin,” which followed the lives of 12-year-old Brianna Perez, the daughter of Dominican immigrants, and Feingold, from their first correspondence to their eventual meeting. The film debuted in 2016 and was nominated for an Academy Award for Best Short Documentary. Feingold later self-published a memoir of the same name, which he had first intended to give to his grandchildren.

When Feingold met Perez at her school — where he told his story to students — she played for him. Afterwards, he explained his act of charity — giving away the violin that he carried from a displaced person’s camp to the rest of his life.

“For me it’s a very simple thing: I don’t use it, let someone else enjoy,” Feingold said, wondering what he did to deserve so much attention.

“You never gave up,” Perez answers him. “That’s what you did. You had hope.”

Feingold is survived by his daughter by marriage, Ame Gilbert; grandchildren Arthur and Sam Levine and Shana and Kyle Gilbert-Gregory; three nephews, Peter, Mark and Nicholas Feingold; and a grandnephew, Dylan Feingold. He is predeceased by wife Regina; his older daughter by marriage, Karen; and his brother Alex, who died in March.

This memorial was produced by the Forward, a partner in the Bonds of Life project.