Salomon Podgursky, 84, lived a life of resilience after the Holocaust (JTA) — When Robert Podgursky was a boy, his father piled him and his brother into the car and headed north from their home in Louisville, Kentucky. Their destination was Toronto, where a relative from the old country had settled.

Armed with little more than an address and an unshakeable sense of mission, Salomon Podgursky arrived at a home in the Toronto suburbs only to find that the relative wasn’t there. Back in the car he went, venturing further into Canada in search of a relative he hadn’t seen in decades, ultimately locating her at a cabin in the woods.

“I guess that’s just how he did things, my dad,” Robert said. “He got a notion in his head — we’ll drive to Canada, see this long lost relative, don’t know if she’s going to be there, we’ll find our way somehow. That’s how it kind of went.”

Resilience was a defining quality of Salomon Podgursky, who died April 1 in New Jersey of COVID-19. He was 84.

Born in Warsaw in 1935, Podgurksy and his family fled the advancing Germans, spending nearly two years in a Soviet internment camp where they were forced to work in the mines. After the war, the family spent several years in Israel and Belgium before settling in Louisville in 1958 with the help of HIAS, the Jewish immigrant resettlement group.

Podgurksy had trained as a cabinet maker in Brussels, and eventually set up his own custom furniture and restoration business, Excel Service Company, named for the Brussels neighborhood of Ixelles where he had learned the craft. He ran the business frugally, preferring to repair broken equipment himself — something he was often able to do thanks to his innate mechanical abilities.

Podgurksy sold the business in 1993, but he remained active in retirement — taking up fine art painting and continuing to build furniture on his own. After suffering a stroke a little over a year ago, he moved with his wife, Sara Jane, to a senior community in New Jersey.

“He lived life on his own terms,” Robert said. “When he made up his mind about something there was no stopping him.” 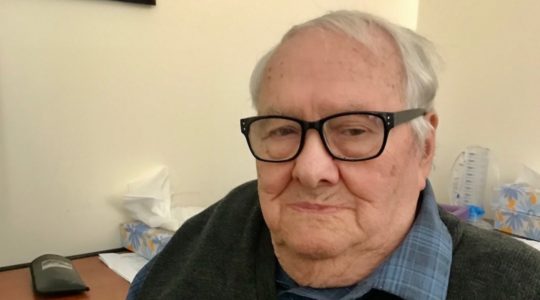