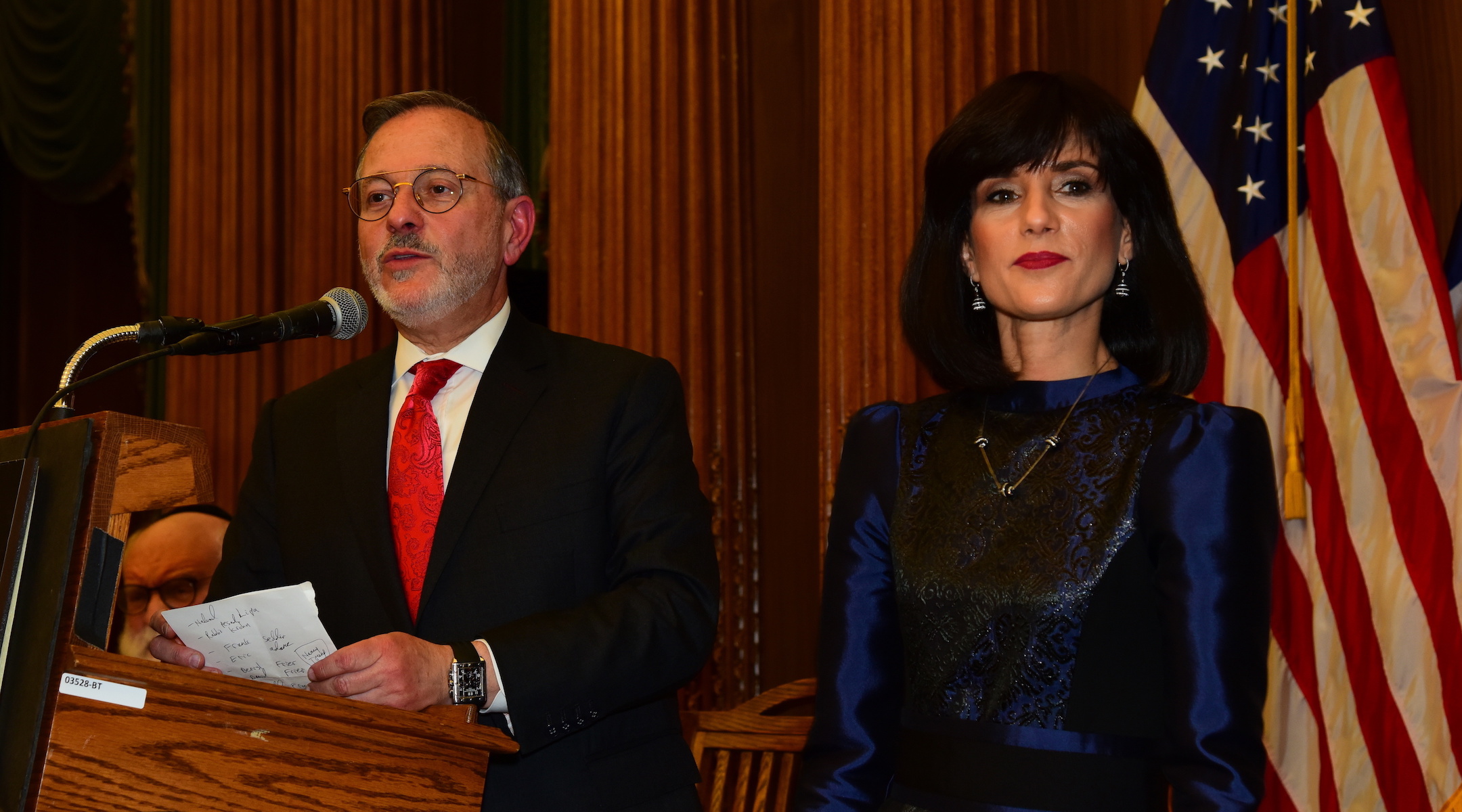 Dear was elected to the council in 1983 representing sections of Midwood, Bensonhurst and Borough Park that were heavily populated with Orthodox Jews. Dear was active on behalf of Jewish causes, including the fight for Soviet Jewry. In 1990, he opposed granting bail to the accused killer of Rabbi Meir Kahane, a decision that ultimately was reversed.

A Democrat, Dear nevertheless opposed abortion rights and gay rights, according to an obituary in The New York Times. And he was a vocal critic of David Dinkins, a fellow Democrat and the city’s first African-American major, for his handling of the Crown Heights riots in 1991.

After a black youth was acquitted of murder in the killing of Yankel Rosenbaum, a Jewish man killed early in the rioting, Dear introduced a resolution in the City Council condemning the verdict.

Dear unsuccessfully sought higher office on multiple occasions, including a bid for the congressional seat vacated by Chuck Schumer in 1998. He finished third in the Democratic primary behind Anthony Weiner, who went on to win the seat in the general election.

After term limits forced him from the council in 2001, Dear became a civil court judge. He was elected to a 15-year-term as a State Supreme Court judge in 2015.