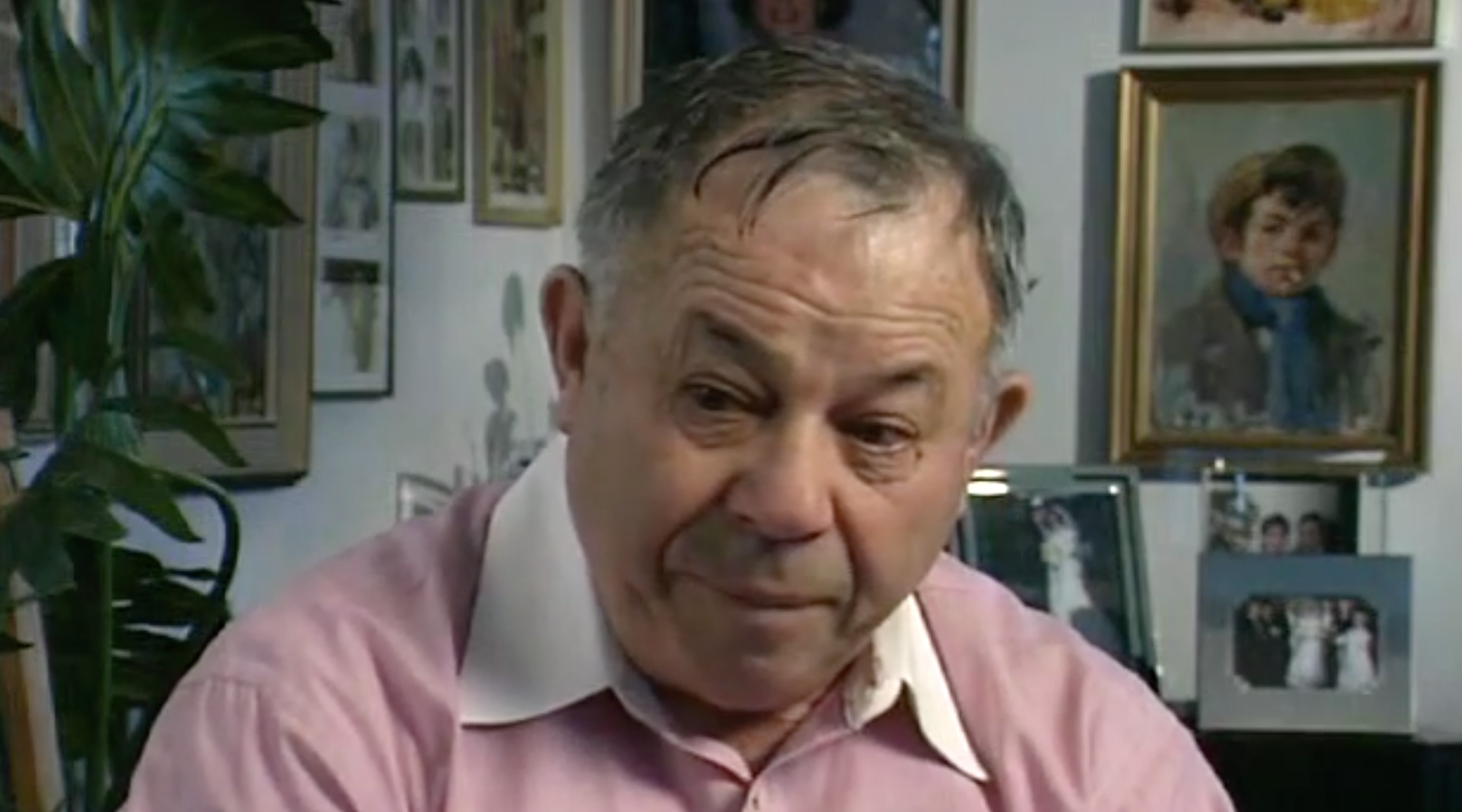 (JTA) — Benjamin Levin spent much of his early life fighting.

At just 14, he joined a militant group fighting the Nazis in his native Lithuania. After the war, he worked to smuggle Jewish refugees to pre-state Israel. And in 1948, he arrived on the shores of the newly established Jewish state aboard the Altalena, a cargo ship whose sinking by the nascent Israel Defense Forces is considered a turning point in the country’s early history.

Born in 1927 in the Lithuanian capital of Vilnius, Levin was reportedly a wild youth, taking up smoking at age eight and running with a local gang, The Times of Israel reported. After his family escaped the city following the Nazi invasion in 1941, Levin’s father encouraged him to join the resistance. At just 14, Levin joined The Avengers, a Jewish militant organization led by the legendary Yiddish poet and Zionist activist Abba Kovner. According to multiple media reports in Israel, Levin was the last known surviving member of the group.

“I saw a lot of things,” Levin recalled in a video interview years later. “I saw very noble people who became animals, and very much animals who became noble people.”

Despite surviving the Holocaust, Levin’s parents were killed by Lithuanians after the war. Following their murder, Levin moved to Palestine and joined the right-wing Irgun militia, which was then involved in a bloody struggle with the British authorities. His activities on behalf of the group involved clandestinely smuggling European Jews into what was soon to become the state of Israel. He was arrested by the Soviet Union and sent to a Siberian gulag but managed to make his way back to southern Europe in order to rejoin the Zionist underground.

He returned to Israel in 1948 as a crew member of the Altalena, an Irgun weapons ship which was sunk by the IDF because it would refused to tolerate an independent fighting force not under government control.

Levin eventually moved to New York in 1967, opening a gas station and spending years lecturing about the Holocaust at local schools.

“He was a mild mannered happy person who radiated a can-do attitude and convinced all who knew him that anything is possible with individual determination,” Levin’s son Chaim told The New York Post. “He repeatedly emphasized his mantra, ‘That’s life,’ because in his view life is full of peaks and valleys, successes and failures but is always interesting and should be appreciated.”