Ernest Einzig, 97, Purple Heart winner who left behind over 100 descendants 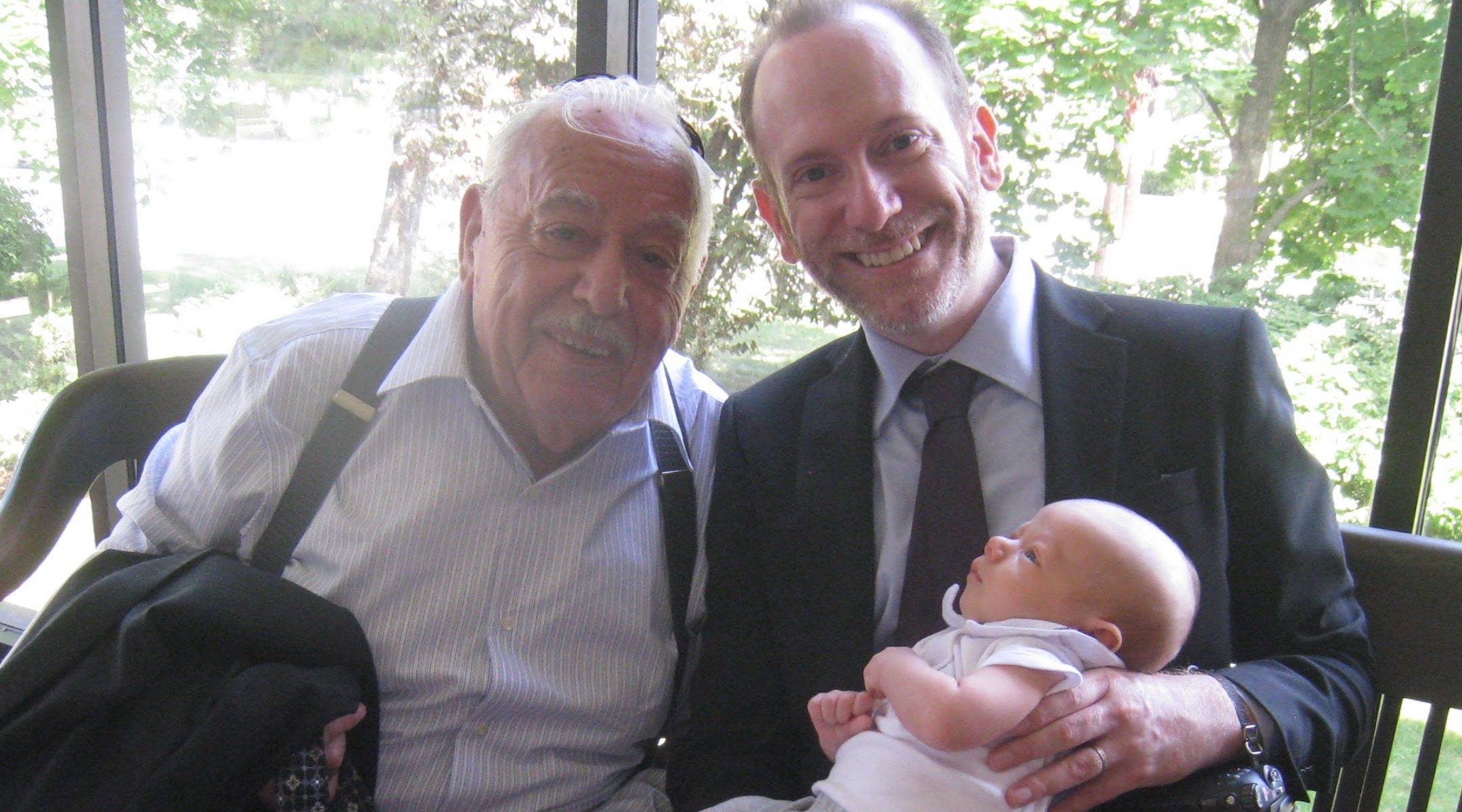 (JTA) — There was something unmistakably old-world about Ernest Einzig — or Zeide Ernie as everyone called him. With his mustache, trademark suspenders and thick Hungarian accent, he seemed to come from another time.

Einzig was born in 1923 in Budapest, where he apprenticed as a tailor before fleeing rising anti-Semitism for America. He was good with his hands, fixing his grandchildren’s clothing into his tenth decade. In his later years, he took up woodworking and learned to make stained glass, building himself a workshop at his home in Queens.

“When Zeide fixed something, he made it better than it was to begin with,” said his grandson, Isaac Zablocki. “He would fix a chair’s leg — the entire chair could break, but the leg he fixed would stay intact.”

Einzig arrived in the United States as a teenager and went to work in a factory owned by his brother fabricating metal parts for exit signs and emergency lighting. A steel-enclosed emergency lighting fixture common in New York City buildings was created by Einzig and is still produced today.

But within a few years, he was back in Europe as an American artilleryman fighting in World War II, winning a Purple Heart after injuring his finger in a cannon. After his service, Einzig returned to the United States and resumed his job at the factory where he continued to work for decades. After his retirement, Einzig went to work at Yeshiva Har Torah in Queens, and worked there for another 30 years.

“He was the grandfather of the school and impacted thousands of children,” Zablocki said. “I sometimes have interns who attended Har Torah, and everyone knows Zeide Ernie.”