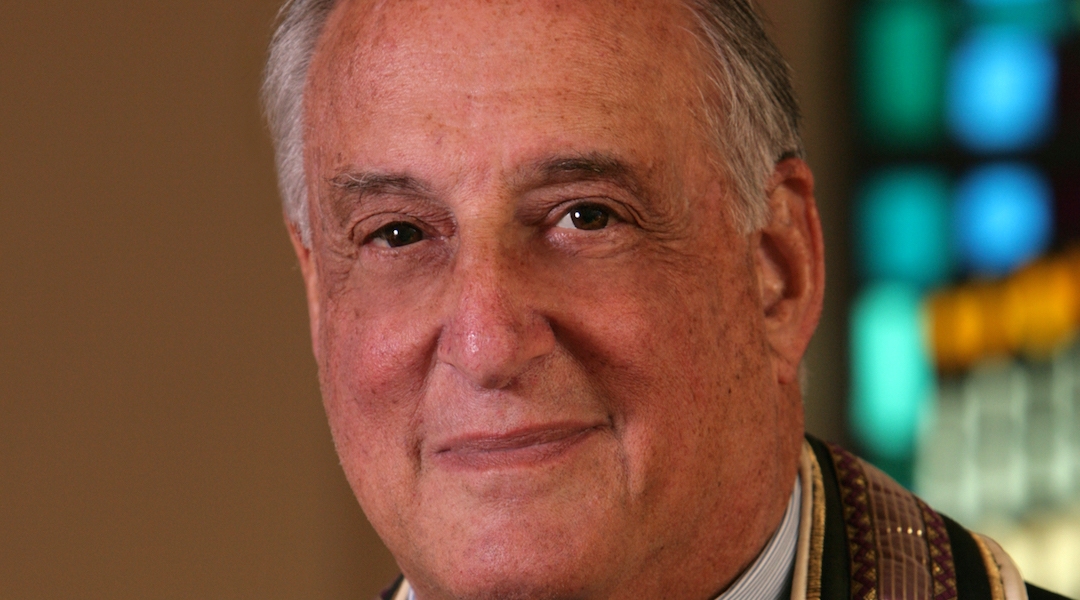 (JTA) — Rabbi Kenneth Roseman was always doing something outside the constructs of a traditional rabbinic career.

The Corpus Christi rabbi, who held a doctorate in American Jewish history from Hebrew Union College, created a series of 20 to 30 minute that he made freely available on YouTube, describing them as a gift. He was also a prize-winning author whose books for teens are used throughout the Reform movement.

“Dad always followed that curiosity,” said his son, Michael Roseman. “He was a lifelong learner and teacher. The spirit of being a rabbi is to be an educator and teacher. Dad embodied that in absolutely very specific ways.”

Born in Washington, D.C., Roseman grew up in Switzerland and Greece as his father pursued a career in the foreign service. He was ordained in 1966 by Hebrew Union College, where he remained as a faculty member and dean of students for eight years. He took his first pulpit at Temple Beth-El in Madison, Wisconsin. He moved on to a senior rabbi position at Temple Shalom in Dallas, where he also taught American Jewish history at Southern Methodist University.

In 2002, Roseman became the rabbi of Temple Beth El in Corpus Christi, intending to stay for just a year. Instead he helped forge the merger of Beth El with B’nai Israel Synagogue to form Congregation Beth Israel. He stayed there as rabbi until 2014.

“He is our heart and soul,” said Greg Marks, Congregation Beth Israel’s president.

Roseman was the author of “Of Tribes and Tribulations” and the “Do-It-Yourself Jewish Adventure” series for young adults. He also co-authored “Lone Stars of David: The Jews of Texas” with Hollace Ava Weiner of Fort Worth.

Michael Roseman recalled that his father took his calling seriously and responded with caring in any situation. The job always went beyond what was visible to the congregation. “In Wisconsin, he built a ramp for a congregant who had cerebral palsy and who couldn’t get into the temple,” he said. “Another time, he built a casket for a newborn because the family was unable to find a kosher pine box that size.”

Roseman is survived by his wife, Phyllis; two children from his first marriage, Allison Kendrick and Michael Roseman, and four gained through his second: Julie Bronstine and Jill Davis; a sister, Janet Bayless; and several grandchildren.

Deb Silverthorn of the Texas Jewish Post contributed to this report.