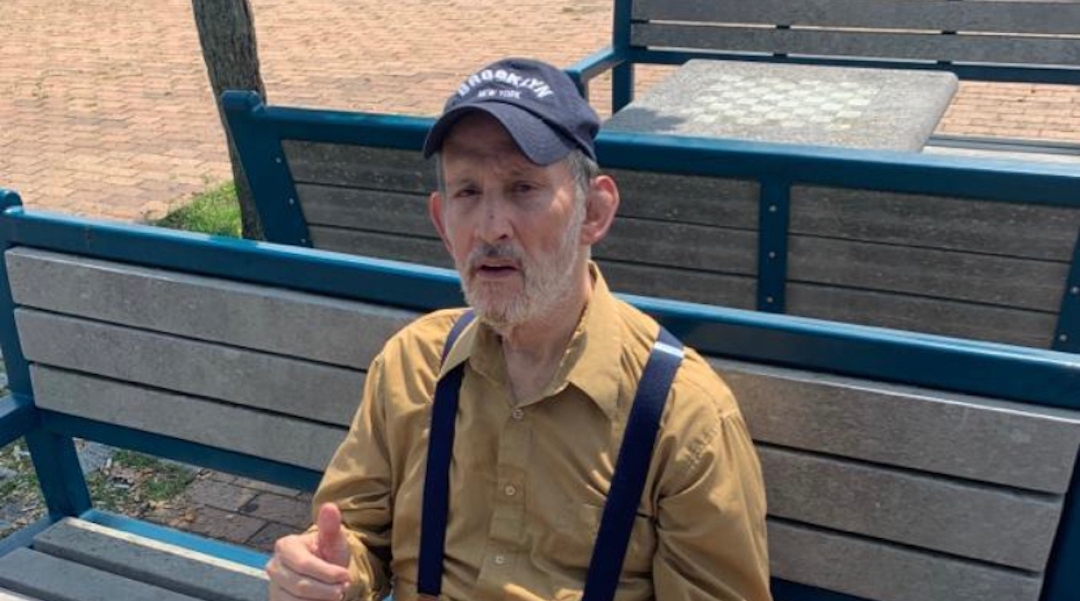 (JTA) — Whenever anyone stopped by his room at the Hebrew Association for Special Children in Brooklyn, Marnin Soltes would show them his extensive, impeccably organized record recollection. He especially liked American folk and blues from the ‘50s and ‘60s.

“His favorite singer songwriter was Josh White, and his favorite song was ‘Foggy, Foggy Dew,'” his sister, Dafna Soltes Stein, wrote on Facebook. “That, and ‘Tambourine Man’ by Bob Dylan. Both songs express a lingering longing for someone, lost and found again through memory. Marnin loved to ask, ‘Do you remember?’ And then he would proceed through a litany of memories from years gone by.”

Born at a time when children with developmental disabilities like him were often put in institutions, Soltes lived at home at his mother’s insistence. As he got older and his needs became too great, he moved through a series of residential programs, his mother always searching for the highest quality of care.

Not long after, Dafna managed to get her brother a spot in a home her mother would have approved of. At HASC, the staff were loving and treated everyone with dignity, she said.

One staff member, Mushka Mahpour, got to know Soltes well. Although he was difficult to understand when he spoke, she said, he was easy to connect with.

“He was very, very sweet,” Mahpour said. “He’d grasp my hands very firmly and look me in the eye. That was his way of connecting.”

Soltes’ health started to decline in the last couple of years, when he was diagnosed with bone marrow cancer. He also started to suffer from dental issues that made it hard for him to eat solid foods, which demoralized him, Dafna said.

In December, while on one of his regular sleepovers at her house, he asked, “Are you going to bury me soon?” Dafna explained that she and his other siblings were helping him stay alive. But he persisted, asking, “What will happen when I die? Where will I go?”

“My mind went still for a moment,” Dafna recalled, until she figured out how to answer him.

“Every single thing that is alive dies,” she told him. “Rabbits, birds, big horses, and tiny mice. Even my dog Taffy died. Remember mommy? Remember daddy? They are waiting for you. When you die, you will be safe with them.”

Dafna saw her brother exhale slowly. He was at peace.