Anti-Semitism already was on the rise. Now we must contend with its post-pandemic forms. 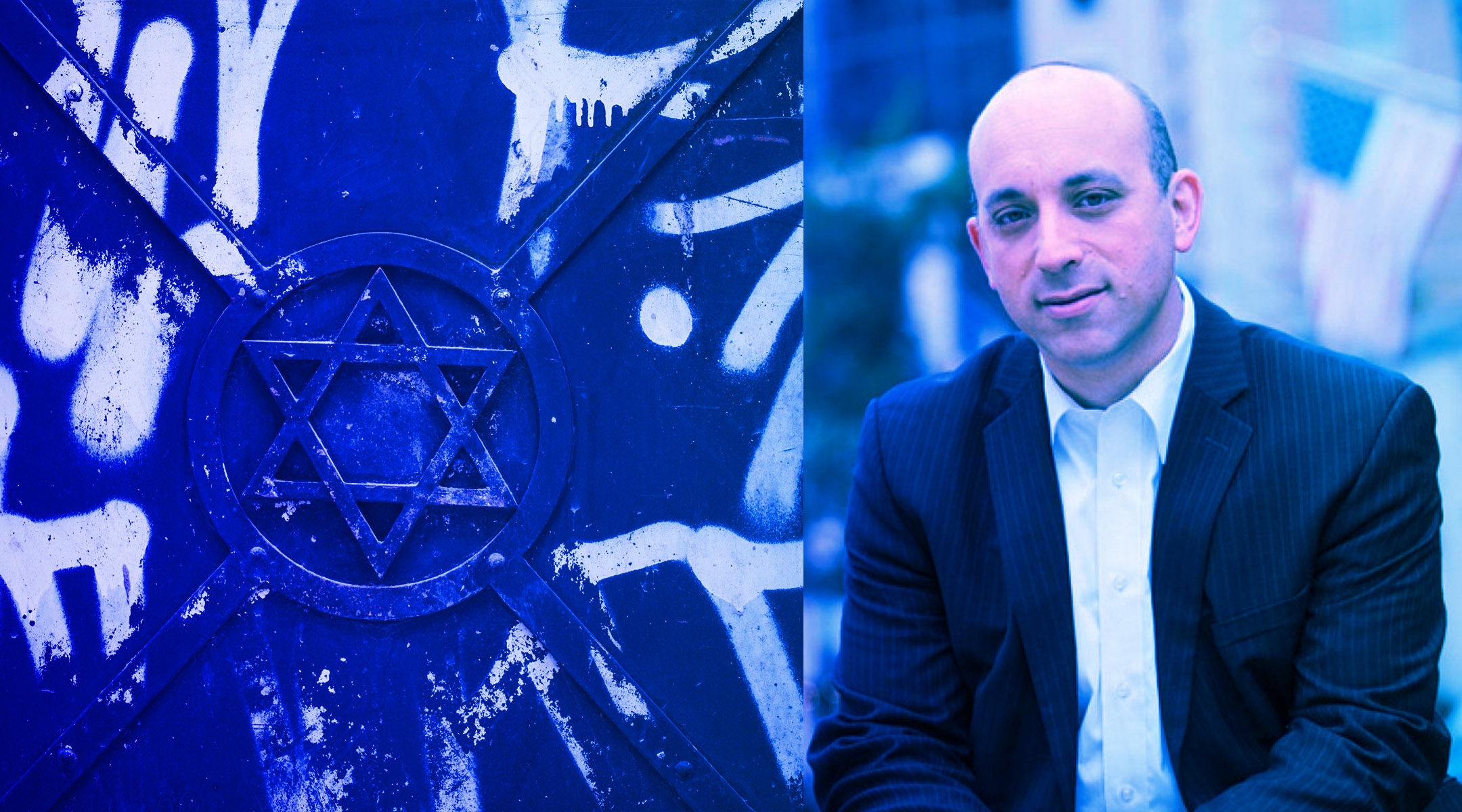 The Star of David seen on a vandalized iron door in Kazimierz, a historic Jewish quarter of Krakow; Jonathan A. Greenblatt (Artur Widak/NurPhoto via Getty Images; Anti-Defamation League)
Advertisement

NEW YORK (JTA) — Prior to the outbreak of COVID-19, the United States was experiencing record-high levels of anti-Semitic incidents. From Poway to Jersey City, from Monsey to Brooklyn, Jews were being targeted in the places they worshipped, lived, shopped and congregated. Social media was awash with Jew hatred. Public figures from all sides seemed to invoke anti-Semitic tropes with alarming regularity.

Suddenly the world is gripped by the coronavirus pandemic. Stories about the virus dominate the headlines and flood our newsfeed. It seems to have crowded out any other issues.

But we shouldn’t kid ourselves: Anti-Semitism is still alive and well. The oldest hatred has persisted so long because it insidiously adapts and adjusts to situations like these. Indeed, we already have begun to witness this mutation in the real world and the far reaches of the internet.

How does anti-Semitism manifest in the time of coronavirus?

As we have seen with previous pandemics throughout history such as the Black Death, it started with a triggering event: a public health crisis that no one could explain or stop. That led to the blame game. For some, it was the Chinese who were to blame; then Asian Americans. For others, it was the Jews.

Perhaps unsurprisingly, white supremacists quickly mobilized and promulgated conspiracy theories blaming the coronavirus on Jews, Asians, Muslims and immigrants. They expressed their hope that the virus would target minority groups. In one case a white supremacist was shot and killed by the FBI as he attempted to bomb a hospital treating coronavirus patients.

As we shifted our family events and communal gatherings online, there were numerous attempts by anti-Semites and bigots to barge into those private spaces. Hackers and trolls — some linked to extremist movements — pioneered the art of “Zoombombing” and crashed into videoconferences with anti-Semitic posts and offensive videos. In one such incident, an extremist interrupted a Jewish high school student videoconference only to pull down his shirt to reveal a swastika tattoo.

This was a new form of anti-Semitism we hadn’t foreseen prior to the pandemic. However, ADL’s Center on Technology and Society immediately engaged Zoom and worked closely with the company’s product and software teams to suggest new features and policies to protect users.

In the past few weeks, there have likewise been a number of anti-quarantine protests across the country, some sponsored by identified extremists. A few participants have carried signs affiliated with extreme right-wing ideologies. In Columbus, Ohio, two men displayed a sign labeling Jews as the “real plague” and depicting them as rats.

Meanwhile, haredi and Orthodox Jewish communities have faced scapegoating and blame for spreading the virus. While there have been some clear violations of social distancing norms, it is wrong to blame the entire haredi or Orthodox community for the actions of a few, as some public officials have done. Even Mayor Bill de Blasio engaged in blatant denigration, tweeting out a warning to New York City’s entire population of 1.1 million Jews in response to the actions of a few.

As we face a pandemic of uncertain duration and with no vaccine or cure yet in sight, we must remain vigilant against the age-old virus of hate. We will continue washing our hands, wearing masks and practicing social distancing. And just as important, we must guard against the side effects of COVID-19 which, unfortunately, include the familiar and evolving virus of anti-Semitism.

This pandemic has given us all a new view — from what we thought was the safety of our homes — into how anti-Semitic ideas and activity spread and mutate. One day we’ll be able to emerge from our houses and come together again. When we do, all indications suggest that white supremacists on the extreme right and other haters on the extreme left will be ready once more to target Jews and other minority communities.

Our challenge will be to strike a balance between resuming our normal lives and being more vigilant. Letting down our face masks can’t mean letting down our guard against the ancient hatreds that threatened the Jewish people before this pandemic and, unfortunately, surely will outlast it.