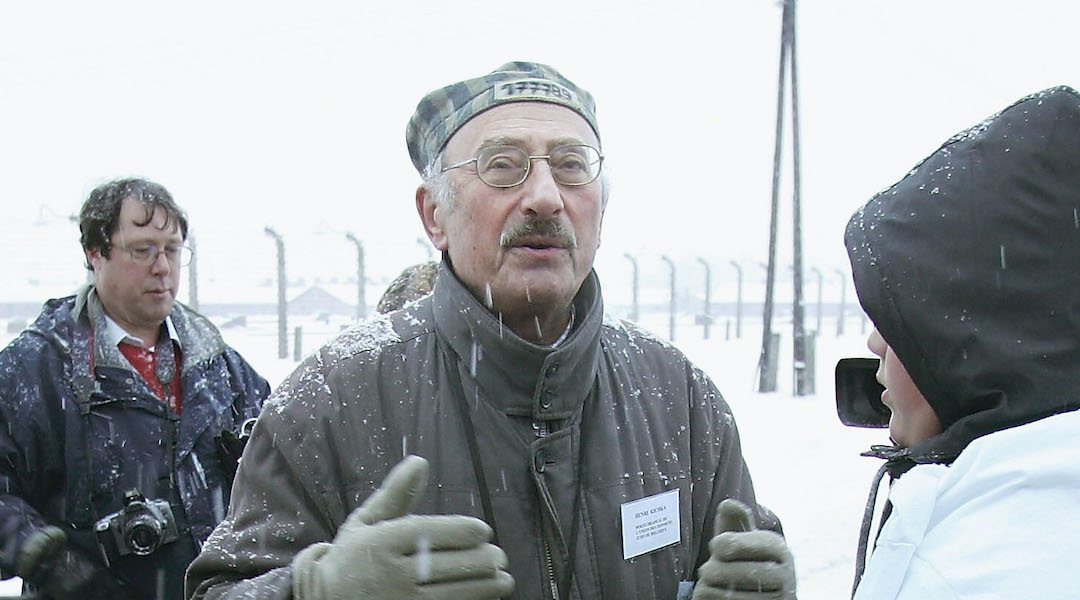 (JTA) — Henri Kichka was nearly broken by the Holocaust.

His father died in Buchenwald at the war’s end after a death march. His mother and two sisters perished in 1942, having been sent straight to Auschwitz. Kichka was the lone survivor, and he emerged from the war distant and pessimistic, undergoing long periods of depression that sometimes robbed him of the will to live. He became obsessed with the question of how the Nazis could hate the Jews so much they were driven to try and destroy them all.

“His personal suffering during the Holocaust became the prism through which he saw and understood the world and humankind,” Kichka’s son, Michel, told the Jewish Telegraphic Agency.

But in the final decades of his life, Kichka underwent a “metamorphosis” brought on in part by the suicide of his son, Charly, and a desire to keep silent no longer. Those were years defined by his service to the remembrance of the tragedy he had experienced.

In the 1980s, Kichka began recounting his story in Belgian schools. Later, he would accompany schoolchildren on visits to Auschwitz. In 2005, he published a memoir. Educating the young about the Holocaust became his raison d’être.

“It became a mission in his eyes,” said Michel, who wrote a graphic novel, “Second Generation: The Things I Didn’t Tell My Father,” based on the family story. “His audiences were captivated by his words, by the direct way he expressed himself—in simple terms and with much emotion.”

Kichka died April 25 of the coronavirus in Brussels. He was 94.

Born in Brussels in 1926, Kichka’s family was deported in the fall of 1942. Kichka and his father found themselves forced laborers in Kosel, in northern Germany, and in time would pass through several other camps, including Blechhammer and Buchenwald.

Despite the suffering he endured, Michel too remembers his father as a caring man with a sense of humor who took a great deal of pride in the achievements of his children, nine grandchildren, and 14 great-grandchildren. To him, they were “tangible proof that he had gotten his revenge on Hitler,” Michel said.