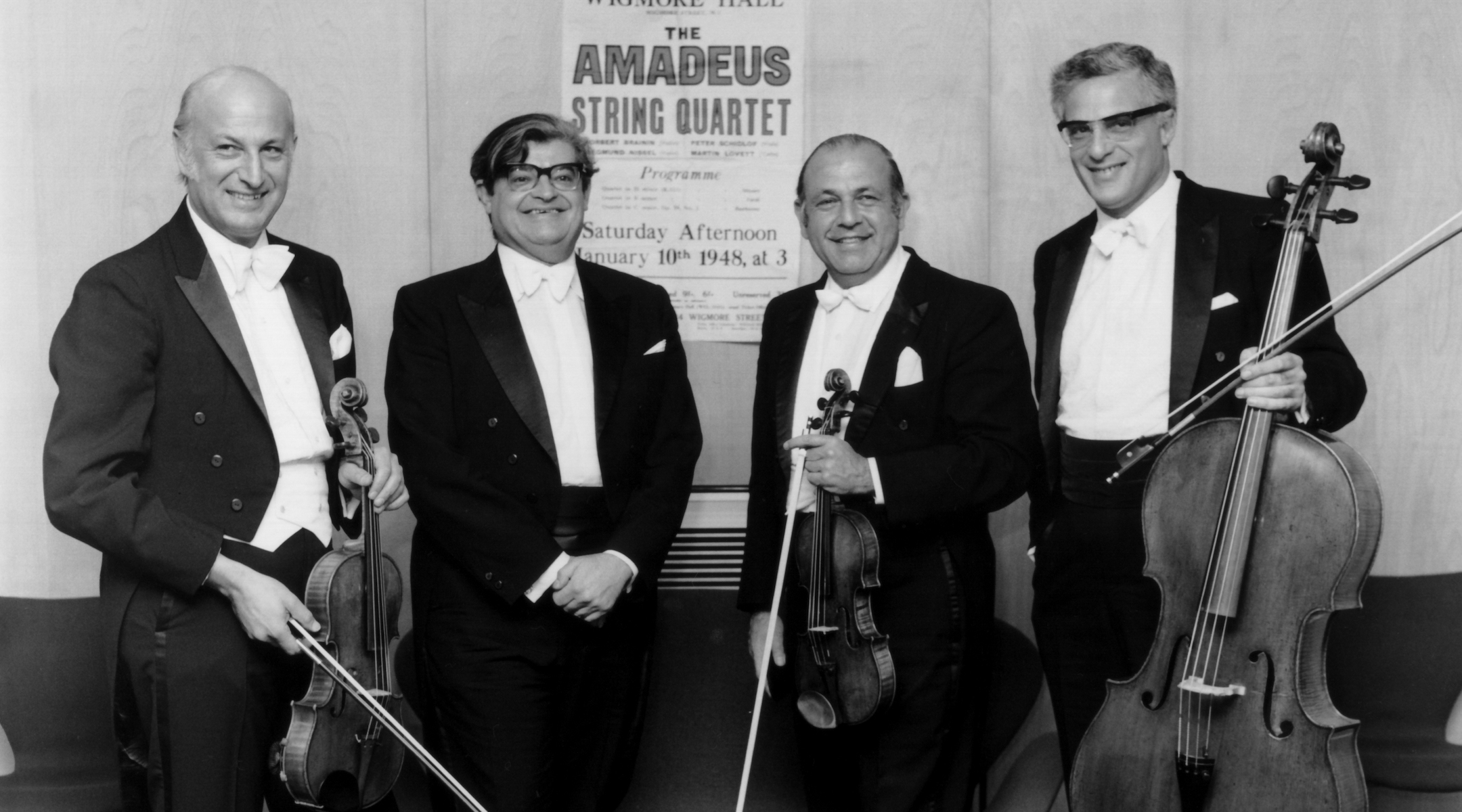 LONDON (JTA) — Martin Lovett, a British cellist and the last surviving member of the world renowned Amadeus String Quartet, died in London on April 29 after contracting COVID-19. He was 93.

The British-born Lovett was the last member to join Amadeus, whose other three players — Siegmund Nissel, Peter Schidlof, and Norbert Brainin — were all Austrian-born Jewish refugees who met in an internment camp after fleeing Nazi-occupied Vienna. Lovett had to learn German quickly to communicate.

Lovett was just 20 when Amadeus had its first performance, in 1948, at London’s Wigmore Hall. The group would go on to become one of the most celebrated string quartets of the 20th century, touring the world extensively and making 200 recordings, including the complete works of Mozart, Brahms and Beethoven.

“The Amadeus were the first British string quartet to conquer the world stage, earning a global reputation from their recordings for Deutsche Grammophon and major U.S. tours,” the classical music critic Norman Lebrecht told the Jewish Telegraphic Agency.

Lovett was born in London in 1927 to a secular Jewish family. His father, who gave him his first lessons, had performed in the Hallé and London Philharmonic orchestras. In 1942, at age 15, Lovett received a scholarship to study at the Royal College of Music. “50 pounds a year including piano, cello and harmony tuition every week,” Lovett recalled in 2015.

The quartet disbanded in 1987, after which Lovett continued to perform in various chamber groups and was a judge in international chamber music competitions. He was awarded an Order of the British Empire for his services to music, as well as the German Grand Cross of Merit and the Austrian Cross of Honour for Arts and Sciences.

“They were an incredibly intense, hard-working, tight-knit ensemble,” Lebrecht said. “At a time when England was still referred to on the continent as ‘the last without music,’ they broke down all barriers.”

John Gilhooly, the Wigmore Hall’s artistic director, added: “The wonderful array of U.K.-based string quartets that we enjoy today is in many ways a legacy of the music making brought to us by Martin and his friends in the Amadeus Quartet.”