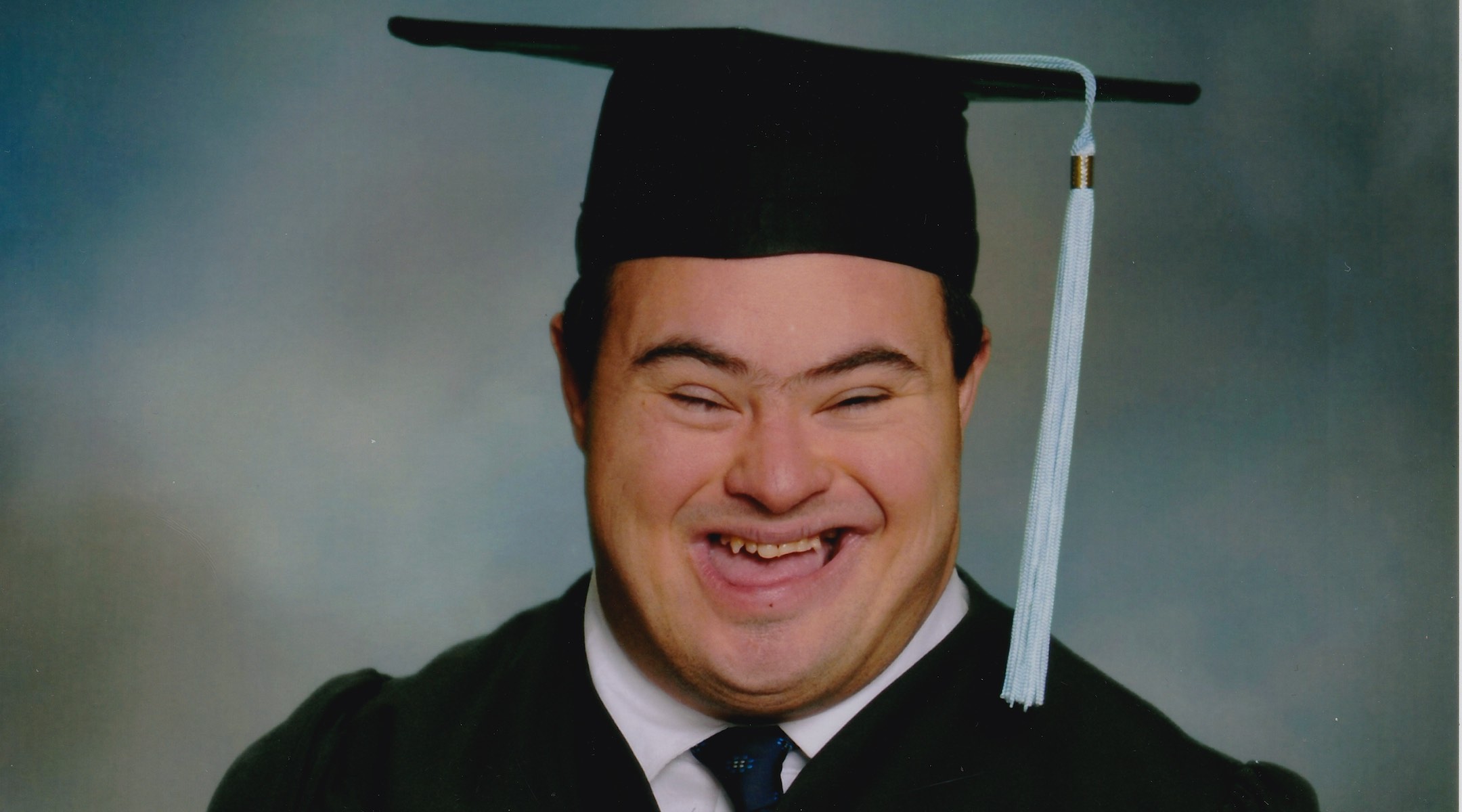 (JTA) — When Saadya Ehrenpreis was an infant, a doctor told his mother that he would “never walk, talk or amount to anything.” He wound up doing all three.

Ehrenpreis was born with Down syndrome, but he was intensely determined. With the help of his family, he not only learned to walk and talk, but he graduated high school, spent several years studying in yeshiva in Israel, and attended Yeshiva University. Along the way, he charmed everyone around him with his relentlessly upbeat nature.

“One of things that made him special was his unwavering optimism,” said Avi Ganz, the program director of Ohr Torah Stone’s Yeshivat Darkaynu, a Israel gap year program for young men with special needs, which Ehrenpreis attended. “People were drawn to him because he saw only beauty in other people.”

Ehrenpreis grew up as one of eight children in Brooklyn. After graduating high school at 21, he went to Israel, where he studied at Yeshivat Har Etzion.

Ehrenpreis subsequently went on to study at Yeshiva University as part of a special program that allowed him to attend specialized classes at the university’s campus in Manhattan. At YU, Ehrenpreis lived in a supervised group apartment and he studied hard.

Even though his was not a degree program, he was to be included in the university’s upcoming graduation ceremony, which was cancelled due to the coronavirus. In the last picture taken with his family, Ehrenpreis is wearing a cap and gown and smiling broadly.

“Everyone has been coming forward to describe this little spark of light that came into their lives,” Meyer said. “One of my friends said that after she watched the funeral, her ambition is to be more like Saadya, to love more and criticize less, to see more of the positive in others and in life.”

“I never saw him get angry,” his mother, Ahava Ehrenpreis, a writer for the Jewish magazine Mishpacha, told JTA. “In terms of human emotional quotient, he was genius level. He was extremely empathetic and intuitive. If he sensed any tension in someone, he had to fix it.”