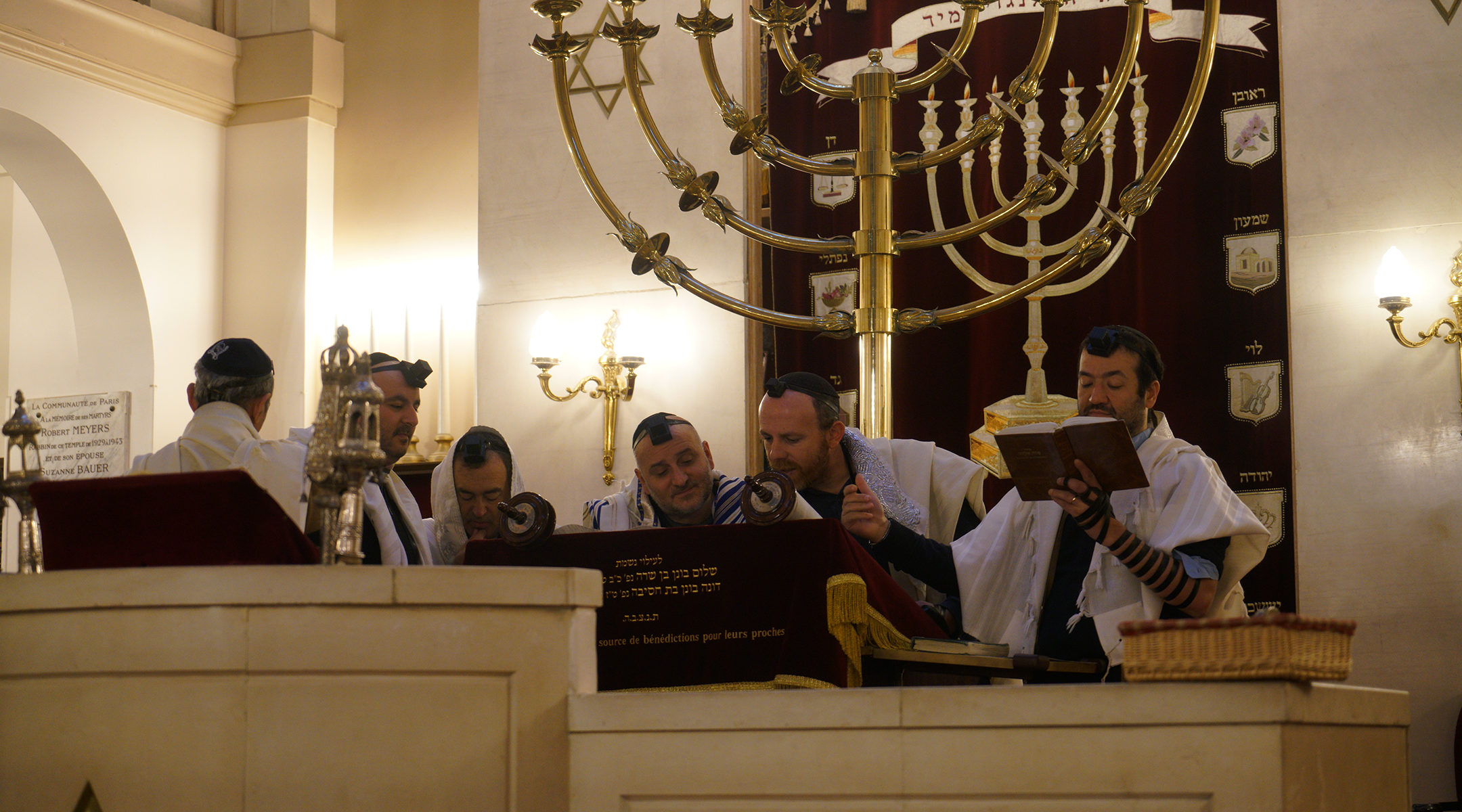 Rabbi Michael Azoulay, second from right, reading the Torah with congregants at the synagogue of Neuilly-sur-Seine, a Paris suburb, Dec. 11, 2017. (Cnaan Liphshiz)
Advertisement

(JTA) — Regulars at the synagogue in the Paris suburb of Neuilly-sur-Seine call its main hallway “the traffic jam.”

The term, often uttered with an eye roll, refers to the bottleneck that forms several times a day outside the offices of the popular synagogue, housed in a 1930s Bauhaus building, that is becoming too small for the area’s growing Jewish community.

The synagogue is so well-attended that it has two successive morning services. Participants leaving the first one often pause to chat with arrivals for the second.

On a break from installing plexiglass slabs across the hall of his empty synagogue, Taieb said the bottleneck’s elimination is just one of countless ways in which French Jewry is being changed by the COVID-19 pandemic. 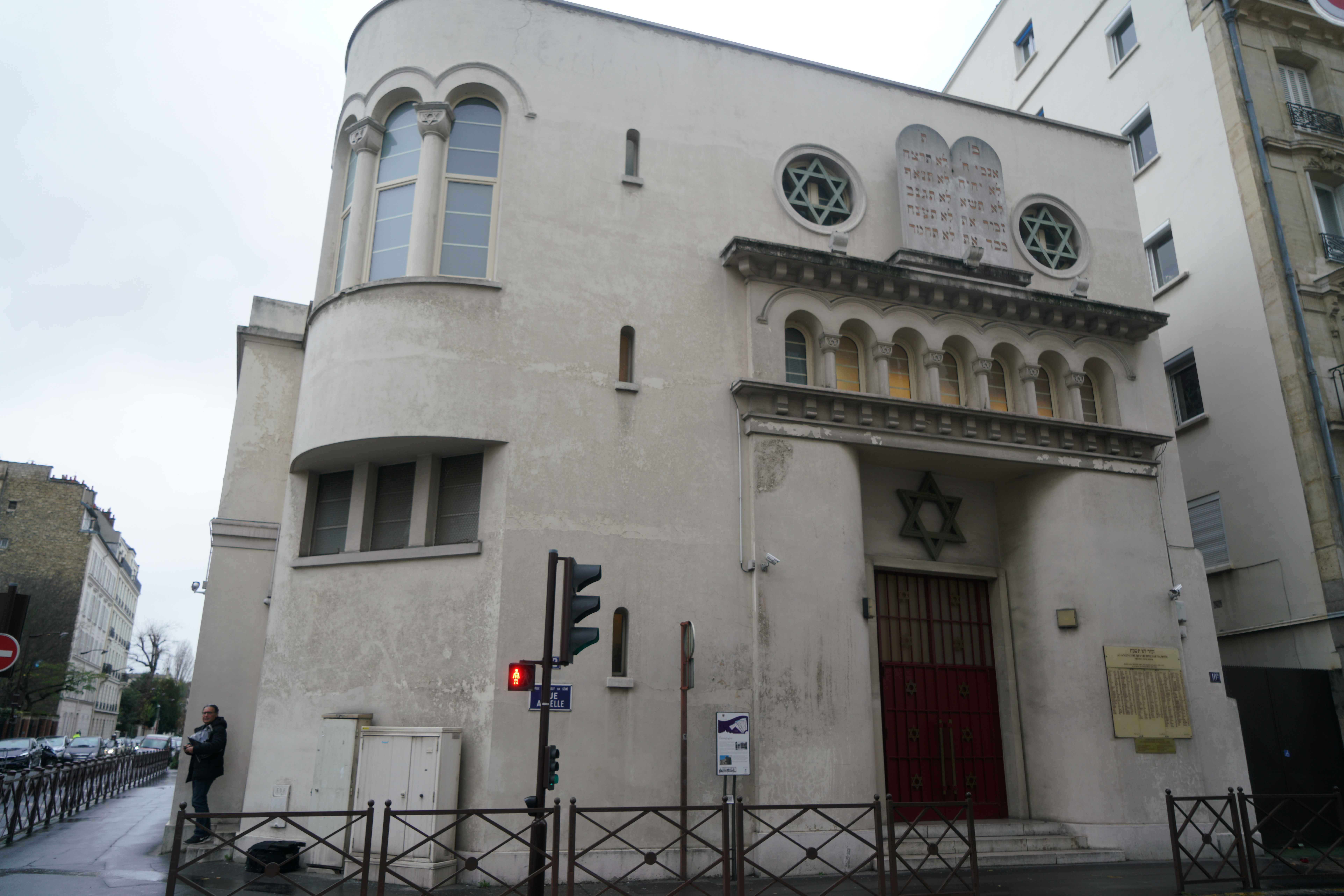 A man leaving the synagogue of Neuilly-sur-Seine, France on Dec. 11, 2017. (Cnaan Liphshiz)

That makes France one of the countries with the largest number of Jewish COVID-19 fatalities in the world, if not the largest. As of Tuesday, Israel — a nation of over 6 million Jews — had only seen 258 deaths.

“The warmth of our community is physical: Lots of hugs, kisses, back slapping,” Taieb said. “This is part of the reason French Jewry was so badly hit by the virus. And it’s going to have to change for the foreseeable future.”

France this week lifted some of the severe restrictions it imposed in mid-March, opening some schools as per the discretion of the professionals running them. But French Jewish schools have largely remained closed, as have synagogues.

“The force of the blow has made French Jews extra cautious,” Taieb said. “We’re not out of the woods yet and everyone’s afraid of a second outbreak.”

Leaders of French Jewry, a predominantly-Sephardic community whose members tend to have strong family ties and large social circles, agree that this culture of proximity is probably part of the reason their minority is overrepresented in the national death toll. But there are other factors.

Contagion among French Jews was elevated because many of them work as physicians and other medical professionals, said Gil Taieb, vice president of the CRIF umbrella of French Jewish communities. (He is not related to Moche Taieb.)

“They found themselves on the frontlines very early, sometimes before adequate protection was available,” Gil Taieb said.

One of those was Paul Alloun, a 60-year-old general practitioner who operated a clinic in La Courneuve, one of the poorest and most crime-stricken municipalities in France, for 30 years. He died of COVID-19 on April 23.

Alloun lived with his family in the middle-class suburb of Saint Brice sous Forêt and had received many offers to join lucrative clinics in upscale neighborhoods, his son, Elie, told Le Quotidien.

“He always declined, preferring to help people in rent-controlled housing, the forgotten ones, where they lived,” Elie said. 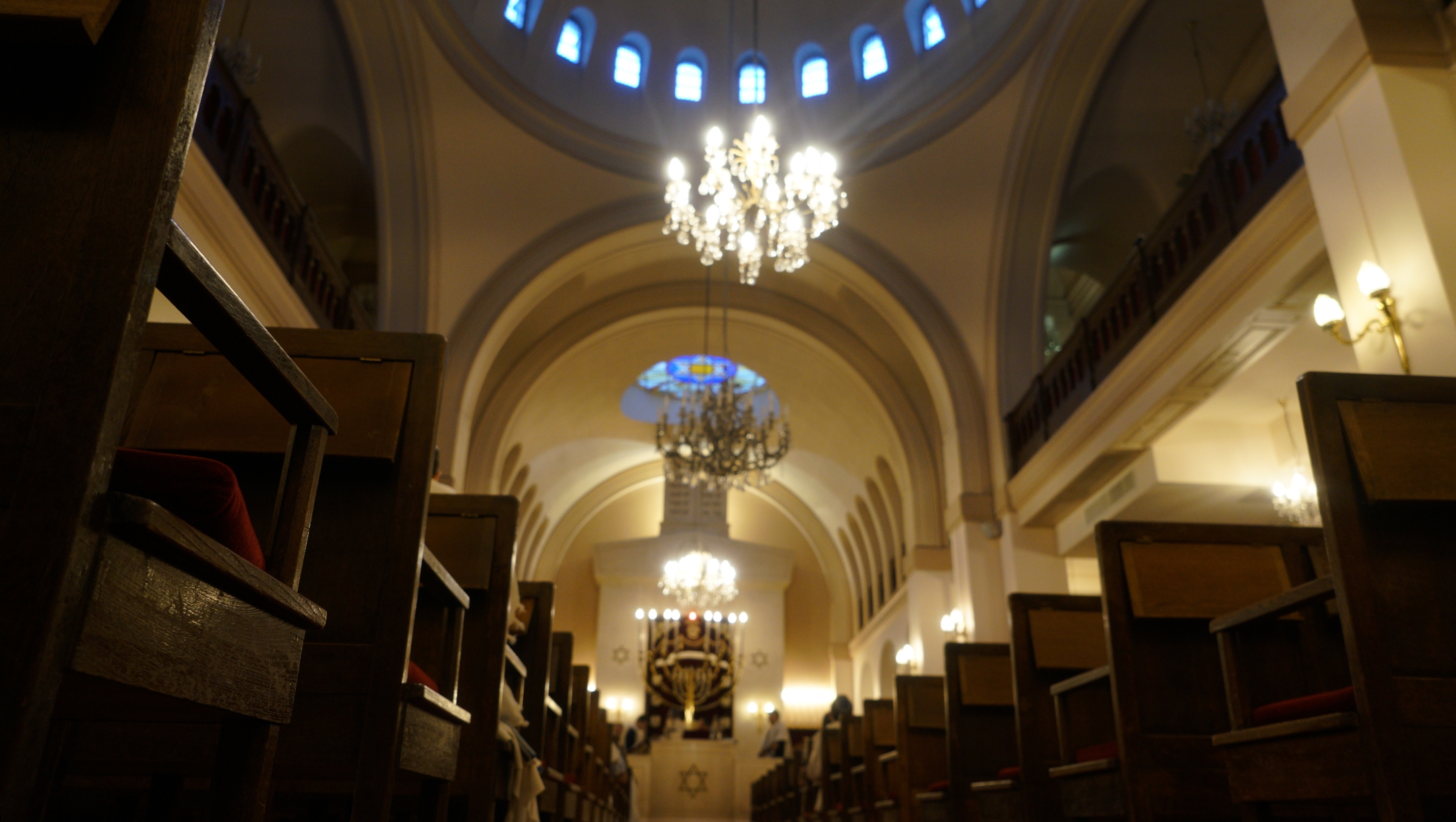 March 10 was the last time before the COVID-19 pandemic that congregants were able to worship at the synagogue of Neuilly-sur-Seine, France, pictured here in on Dec. 11, 2017. (Cnaan Liphshiz)

Elie Alloun said that when the disease broke out, his father began operating his clinic on his own, with no secretary or assistant to help reduce the risk of infection. The municipality did not provide him with protective gear either, he said.

Half of the French Jewish community’s kosher butchers also became infected with the virus, according to Rabbi Bruno Fiszon, the point man on kosher meat at the Consistoire, the organization responsible for running Orthodox Jewish religious services in France. The outbreak among the butchers created some small-scale kosher meat shortages across the country that have since been resolved, Fiszon told Actualite Juive.

There was also Purim, the joyous holiday that coincided with the beginning of the outbreak in France, just before emergency measures were put into place. The holiday was previously identified as a prime spreader of the virus among American Jews.

In France, Purim is a major celebration of joviality and levity that unites hundreds in crowded synagogues.

Several community leaders are among those the community has lost to the virus.

Andre Touboul, a rabbi affiliated with the Chabad Hasidic movement who led one of France’s most prestigious high schools, died in March of COVID-19. An energetic man, he was 64 when he died and his passing shocked many community members.

Another loss was Claude Barouch, who died on April 27 at the age of 72. As president of the Union of Jewish Businessmen and Professionals of France, or UPJF, he was a major promoter of economic ties between France and Israel and a leader in the fight against anti-Semitism.

Back in Neuilly-sur-Seine, the community is mourning some of its regulars.

One of them, an 83-year-old pensioner named Albert, used to stay for both morning services, chatting with friends over coffee, Moche Taieb recalled.

“Losing people like that, it leaves a gaping hole,” Taieb said. “These are tremendous losses.”

“It culminated about two-three weeks ago, when every day you’d hear about another person you knew, or you knew his children, and there was a feeling of real fear. There still is,” he said.

Another regular, a 75-year-old man whose first name was Serge, died two weeks ago after several weeks in critical condition on a ventilator.

“As with others, we followed news of Serge’s condition daily, praying for him. In the end his son told us our prayers were not answered,” Taieb said.

The community had prayed for Serge daily during what Taieb called a virtual minyan — a video conference featuring prayers led by a rabbi. Minyan is the Hebrew word for a quorum of 10 Jewish men, which is required in Orthodox Judaism for some prayers.

Daniel Chabta, a Jew from Neuilly who would occasionally pray at the synagogue, began attending the virtual minyan almost everyday during lockdown.

“I work at a cafe and it closed down, so it gives me a sense of continuation,” Chabta said.

With the easing of lockdown measures in Paris and beyond, people are once again allowed to move freely, including in parks that have remained deserted for almost two months. That’s a great relief, Taieb said, but Jewish communal life is still on lockdown.

“As a community, we’re still waiting for the light at the end of the tunnel,” he said.