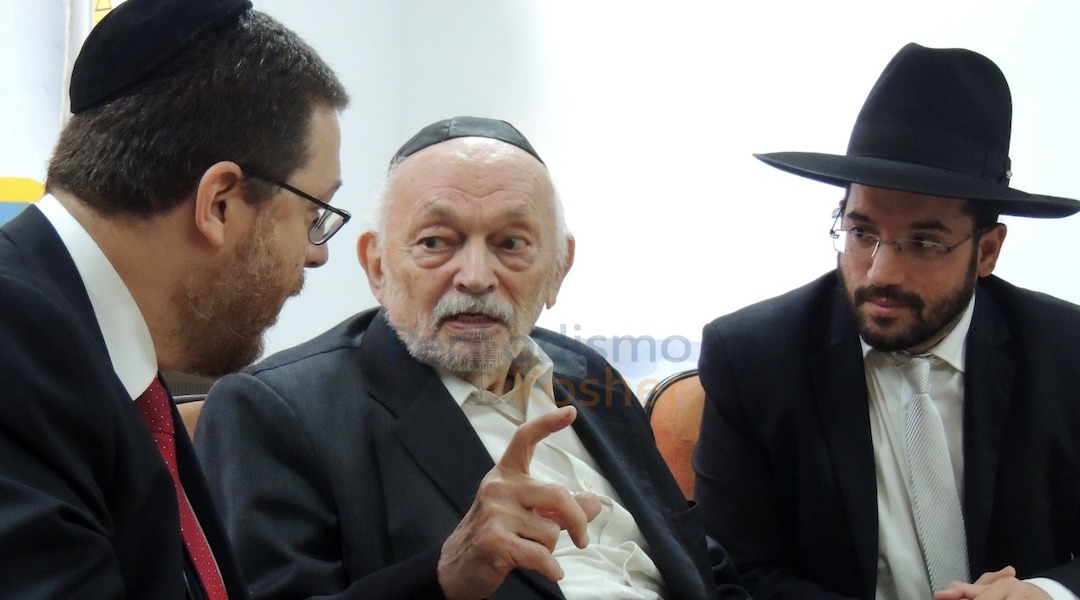 BUENOS AIRES (JTA) — Rafael Kugielsky, a Buenos Aires dentist who was instrumental in advancing the interests of Orthodox Jews in Argentina, died of COVID-19 on April 25. He was 90.

Kugielsky established the Argentina branch of the haredi Orthodox organization Agudath Israel in 1966. He was also the first Orthodox representative to serve in the executive of AMIA, the Buenos Aires Jewish association that operates the largest Jewish cemeteries in the country and oversees economic subsidies to Jewish schools. He was also the owner of the Jewish newspaper La Voz Judia (“The Jewish Voice”).

The seeds of Orthodox participation in Jewish communal life that Kugielsky planted blossomed three decades later, when in 2008, religious Jews won the election to lead AMIA for the first time.

“All that we are doing now is to follow the path that Kugielsky opened decades ago,” Eliahu Hamra, the secretary-general of BUR, the Orthodox bloc that rules AMIA, told the Jewish Telegraphic Agency. “He is an inspiration and example.”

A father of five children, Kugielsky led the social affairs department of AMIA in the 1990s. Last year, he was recognized for his dedication to the organization, in particular his work help to rebuild the AMIA headquarters after the 1994 bombing that killed 85 people.