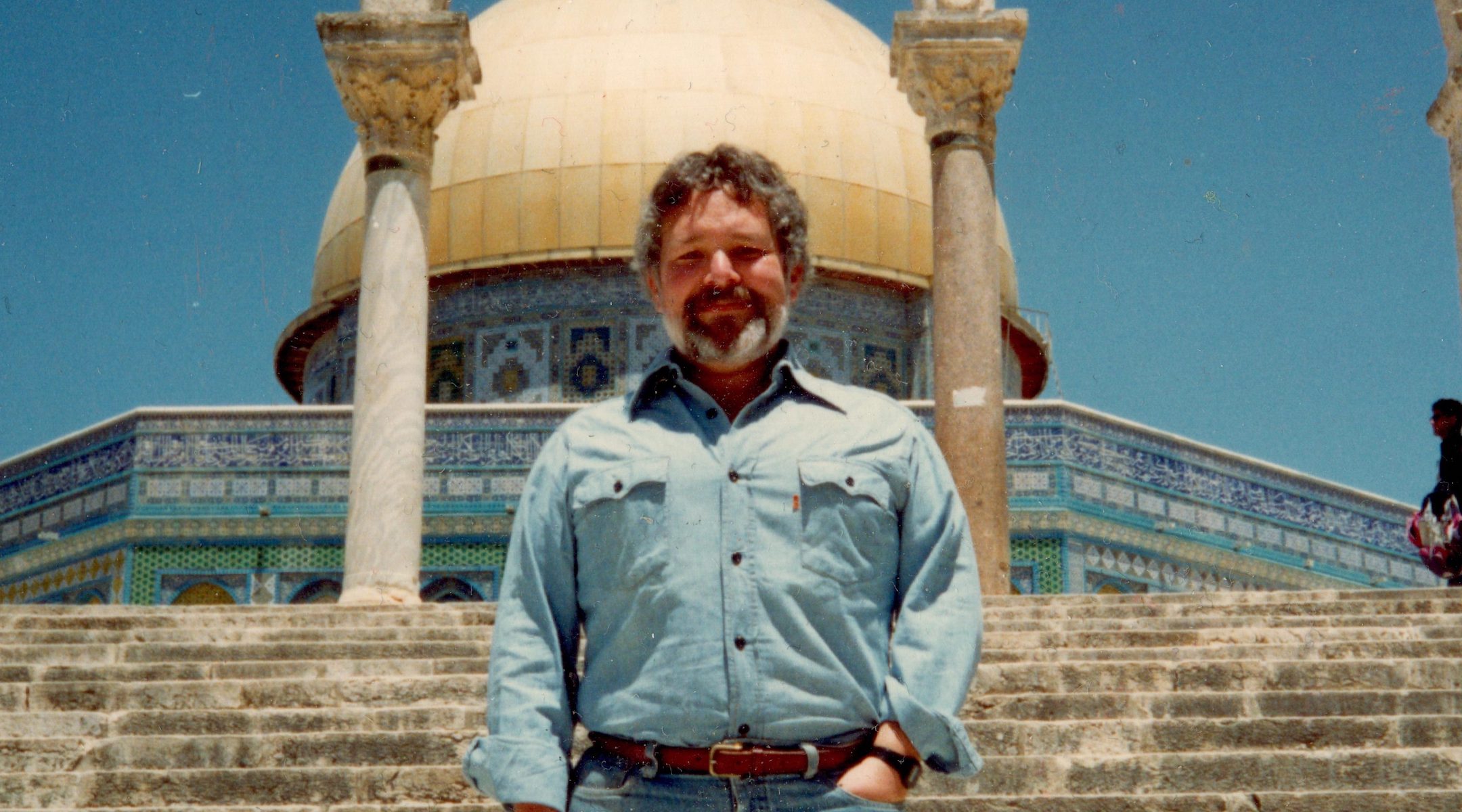 JERUSALEM (JTA) — One dark evening in the 1990s, Robert Ullian snuck out of his home in the mixed Jewish and Arab neighborhood of Abu Tor and marked out the route of the Green Line, the boundary splitting pre-1967 Israel from the West Bank, with green spray paint.

A longtime advocate of Israeli-Palestinian coexistence, Ullian had grown alarmed by efforts to erase the boundary between Israel and what many hoped would become a future Palestinian state.

Ullian “was a protest child of the sixties,” said his friend Rabbi Andy Bachman. “When he saw in Jerusalem that those lines began to get blurred, for him it was a matter of principle. He wanted to make a statement. It was a symbolic gesture there are borders we can’t allow them to be erased so easily.”

Ullian, who died on April 29 of COVID-19 in Amherst, Massachusetts, was born in Long Island in 1944 and moved to Israel in the 1980s. He earned a living as an English teacher and authored a number of tourist guides.

Ullian knew all of the under-appreciated spots in Jerusalem, Bachman recalled, describing how his friend once brought him to a small Armenian restaurant in the Old City. Bachman asked what the strange topping on their pizza was, and Ullian replied with “a twinkle in his eyes” that it was lamb brains.

“He never made a lot of money, never had children and had his share of troubles, but he was always a symbol of peace and hope and justice, and that is a beautiful legacy to leave behind,” Bachman said.

In Jerusalem, Ullian lived in Abu Tor, the only Jew on the Arab side of the street, and he used his teaching position to establish a youth dialogue group to help promote coexistence and advance the cause of peace. One of his students, Sadek Shweiki, became almost a surrogate son and is now a Jerusalem social worker who works with inmates in Israeli jails.

“His idea was that if people study and sit and learn together will be able to establish common ground for communication in which each will resolve differences through negotiation and talking,” Shweiki said. “He felt that the generation that would carry out this mission would be the coming generation, the teenagers then who are the adults of today.”

Ullian eventually returned to the United States and took a teaching position at Hampshire College. But he continued traveling to Israel as long as he was able, although a series of medical setbacks made that difficult.

“He is a soul we are really going to miss in this world,” Shweiki said. “The world wont be the same without him. He was so connected to everyone. I knew him 35 years I don’t think in 35 years I ever saw him upset or angry or yell at anyone.”

He is survived by his sister Jill Ullian.