JERUSALEM (JTA) — Pop star Noa Kirel signed a multimillion-dollar recording deal on Wednesday that the Israeli media is calling the largest ever for an Israeli artist.

A representative for the 19-year-old Kirel told Israel’s Channel 12 that the deal — which includes management, public relations, marketing and production — is the “broadest, largest and most comprehensive agreement ever signed [by] an Israeli artist.” The agreement has reportedly been in the works for two years.

A day before signing, she released a new song called “Million Dollar,” which already has over two million YouTube views.

Since releasing her first song at the age of 14, Kirel has become Israel’s most iconic young pop singer. She has had multiple chart-topping hits in her native country and has won the MTV European Music Award for Best Israeli Artist three years in a row (2017-2019).

In performances, her wardrobe ranges from Middle Eastern-chic to the way out (like her fellow Israeli star Netta). Known for her dancing, she frequently performs in platform high top boots.

In February, Kirel made headlines after being drafted into the Israel Defense Forces, but she isn’t carrying a gun or sitting behind a desk. Kirel joined the orchestra corps, which performs in parades, official military and state ceremonies, graduation courses and other shows to entertain troops. To accommodate the high-powered star, the Israeli military provided Kirel with her own band, complete with backup singers and dancers. 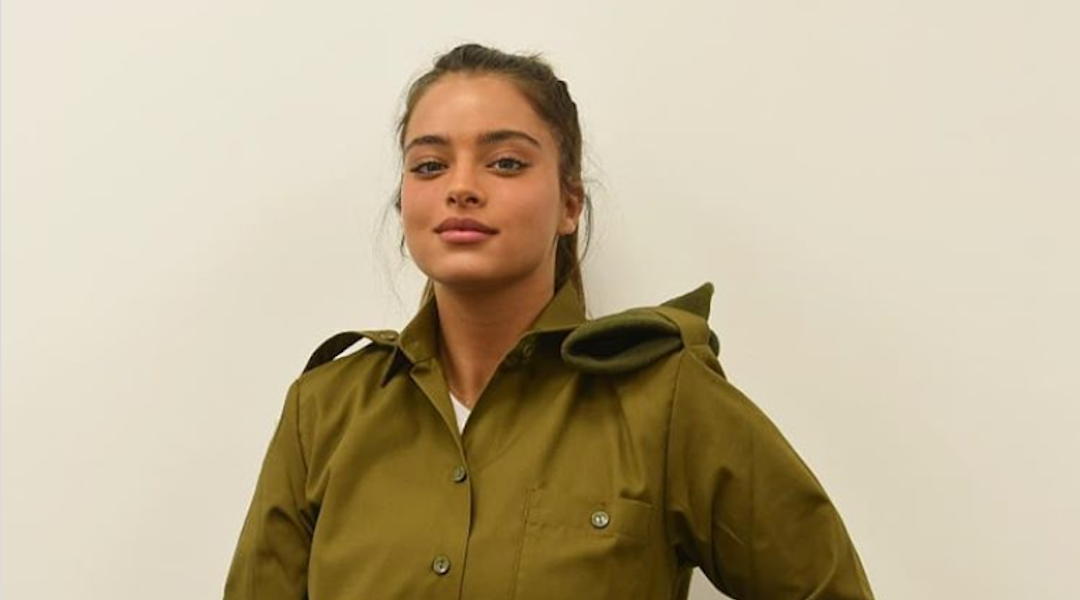 Controversy has followed Kirel since she first put on her army fatigues. After a May performance for troops on an IDF base in honor of Israel’s Independence Day, Kirel’s backup dancers were relieved of their posts, and the entire army program for dancers was canceled. Israeli media reported that senior army officers thought the performance, which included two men dancing behind her, “disgraced the military.”

Later in the same month, Kirel raised the eyebrows of military brass again, when she appeared in a commercial for the Israeli TV and movie streaming service Yes+ wearing a U.S. army uniform and singing a parody of “Let the Sunshine In” — the song from the anti-war musical “Hair.”

“We saw something we did not like on screen,” a military spokesman was reported as saying.

Still, under the terms of her service, she is allowed to continue to work and promote her career.