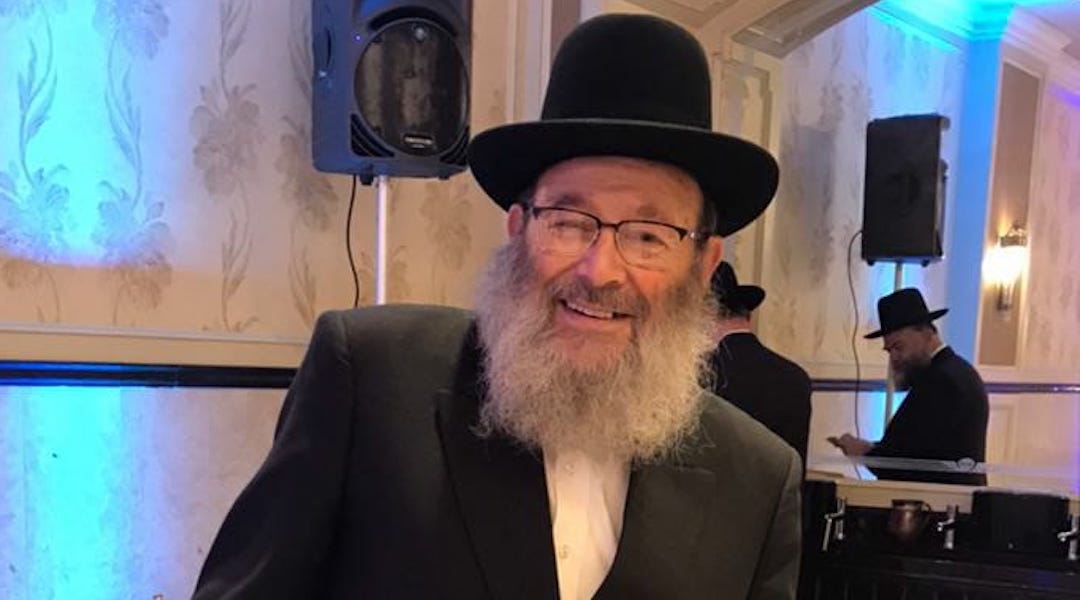 (JTA) — When Rabbi Meyer Yosef Rottenberg, the leader of the Kosover Hasidic sect, sought to help young families priced out of Brooklyn in Linden, New Jersey, several years ago, he turned to Rabbi Avraham “Bobby” Katz for help.

Katz had cycled through a number of jobs in his life already, from postman to stockbroker to fundraiser. Within two years, he added community builder to his resume. By 2020, close to 100 Hasidic families were living in the New Jersey suburb.

“It’s all Bobby’s work,” said his brother, David Katz. “He helped each and every person looking to buy a house. He helped with figuring out how to get a mortgage and with speaking to lawyers. Any help the young couples needed, this 70-year-old man spent late nights to give them.”

Born in 1947 in Karlovy Vary in what is now the Czech Republic, Katz immigrated to Israel as a young child, living in Jaffa until 1954, when his parents boarded a ship bound for the United States to visit his aunt. Instead of returning to the newly established Jewish state, they stayed in Brooklyn.

In 1972, Katz opened a luncheonette in Borough Park and soon became known in the neighborhood for his generosity.

After a subsequent stint as a fundraiser for one of the first Orthodox schools for special needs children, Katz went on to establish Caulktite, a building materials company that employed many people from the local Orthodox community. He was also a dedicated student of the Torah and could spend up to seven hours straight with a volume of Talmud, his brother said.

“Bobby was the greatest brother, but he was like a father as well, because my father was 67 when I was born,” David Katz said. “So he was my brother, but also my father figure, because I lost my father at 19. My kids didn’t lose an uncle, they lost a grandfather.”