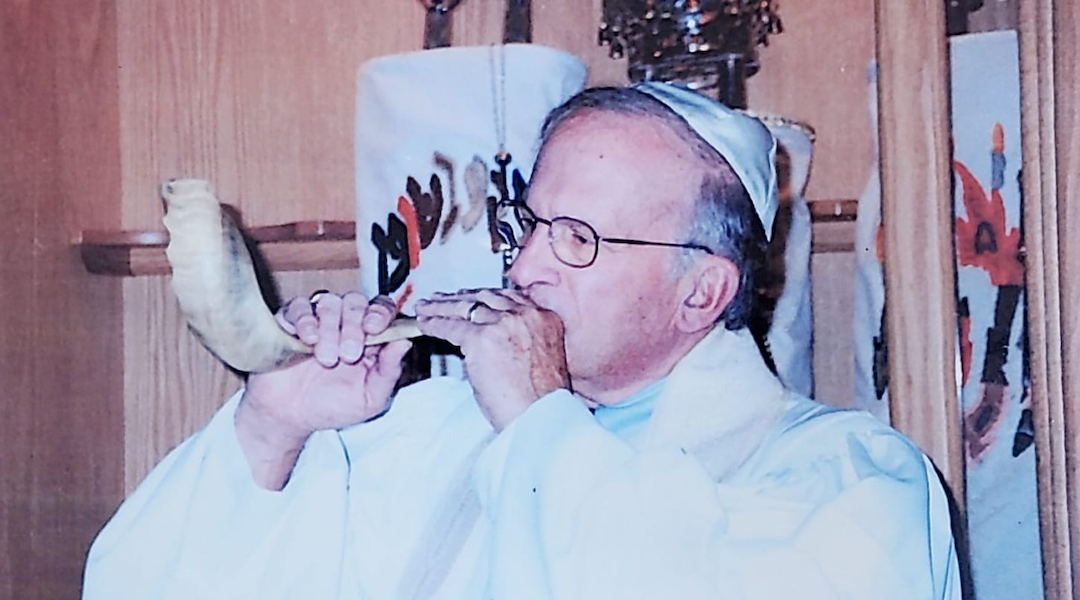 BOSTON (JTA) – Long before he joined the rabbinate, Rievan Slavkin had an ear for music.

Born into a musical family and gifted with perfect pitch, Slavkin led the choir at the Pittsburgh synagogue where he grew up and later became the organist for services during his rabbinic studies at Hebrew Union College in Cincinnati. As a pulpit rabbi, he often sang duets with the cantors at the congregations he served. And at family gatherings, Slavkin would pluck out lively piano tunes while his young grandchildren danced around the living room.

Come the High Holidays, he amazed worshippers with his shofar blowing skills.

“Congregants were in awe at how he could hold the final notes,” said his daughter Deborah Slavkin Faust.

Slavkin, who died April 6, in Commack, New York, from COVID-19 at the age of 85, had a career in the rabbinate that spanned four decades and three Reform synagogues. Former congregants credited him with inspiring their pursuit of careers in Jewish communal service and leadership roles in their synagogues.

Slavkin was born in Pittsburgh in 1935. At HUC, he studied with Rabbi Jacob Rader Marcus, the founder of the American Jewish Archives, whom he considered a mentor. In 1987, HUC awarded him an honorary doctorate.

At Temple Beth Israel in Jackson, Michigan, Slavkin also served as Jewish chaplain for the Michigan State Department of Corrections. Two prisoners made a painting for him of Jerusalem, which now hangs in his daughter’s synagogue.

In 1983, after more than a decade at Temple Beth Shalom in Needham, Massachusetts, Slavkin became the rabbi at Sinai Reform Temple in Bay Shore, New York, where he remained until his retirement in 2001.

Slavkin earned an advanced degree in marriage and family counseling to better meet the needs of those who sought his guidance in their personal lives. “I do think that part of the job stood out for him,” Slavkin Faust said. He also taught Holocaust studies at a local college.

Slavkin is survived by his wife of 60 years, Rosalie; daughters Deborah Slavkin Faust and Susan Slavkin Smith; and three grandchildren.