Sidney Forman, 95, lived out a dream with performance of musical comedy he wrote in the 1960s 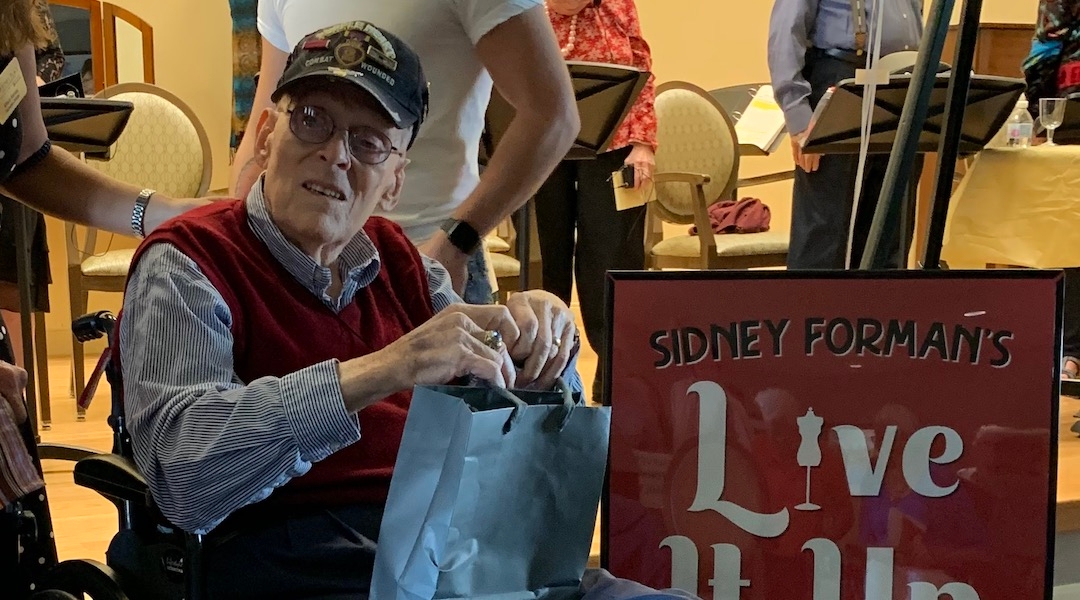 Sidney Forman died of COVID-19 on May 2, 2020. (Courtesy photo)
Advertisement

BOSTON (JTA) – Sidney Forman performed before many audiences over the course of his life. He sang in barbershop quartets, in synagogue choirs and for the ordination of a cardinal. At Boston’s Hatch Shell concert venue, he sang for the legendary Boston Pops maestro Arthur Fiedler.

But a year ago, when Forman packed the house for his musical “Live It Up,” he was living out a dream.

Forman wrote the romantic comedy in the early 1960s and it was produced just once — in Kansas City, as part of a fundraiser. But when it was performed at the senior residence where he and his wife Bryna moved a few years ago, staffers pulled out all the stops, including wheeling Forman out on a red carpet. Some 100 people filled the hall for the musical, which was cast with many residents and staff.

“He was like the guest of honor,” his son Marc Forman told the Jewish Telegraphic Agency. “He was absolutely beaming,”

Nearly a year later, Forman was infected with the coronavirus while recovering from a hospitalization. He died May 2 of COVID-19 at the age of 95.

Forman’s moment in the spotlight was far from the only recognition he earned. A survivor of some of the fiercest World War II battles in Europe, Forman was a recipient of the Purple Heart and was among the U.S. troops who liberated several concentration camps. He was also knighted with France’s Legion of Honor.

Forman was born in Roxbury, Massachusetts, in 1925. His mother, a concert pianist who worked as a typist, taught him music. After the war, Forman and Bryna married and lived for a time in Kansas City before resettling in the Boston area. They were married for 73 years.